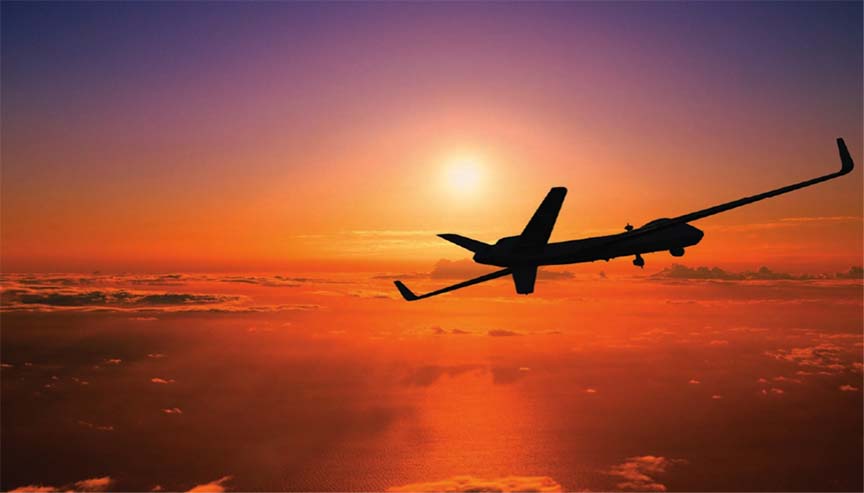 [This is the second installment in Bob’s series on his MQ-9 project.  Click here for part one.]

Several years ago I inherited a Pro Jet MQ-9 kit. As it was not my first choice for a kit build I put it in storage for a later date. That date has come and I thought I might share some of the adventure. To begin with, the model and the full sized aircraft are well, different. Let’s just say it is Stand-off scale. But then again, the price was right and as I am employed with the company that manufactures the real aircraft. So it is a topical build for me and I do have some resources to bring it closer to looking like the real thing. 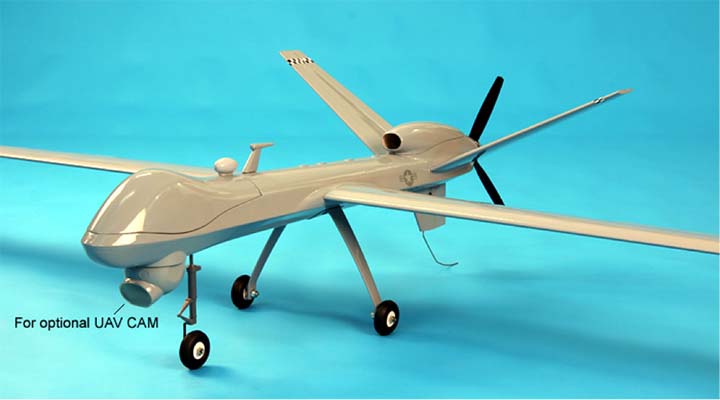 From these two images you can see that this might not be a kit build so much as a kit bash. 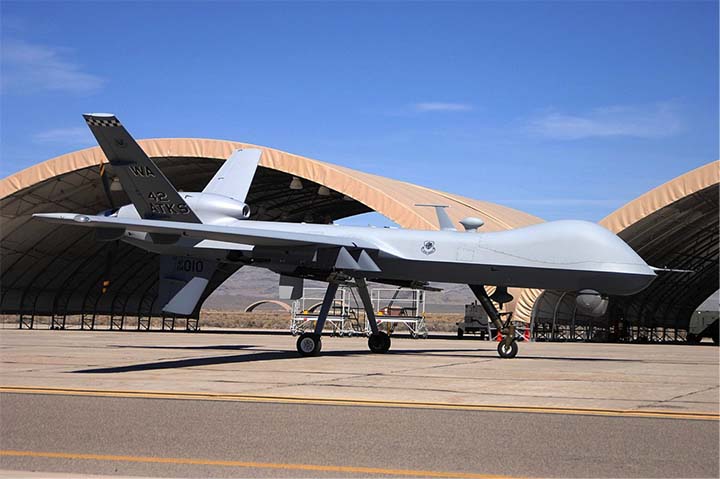 To my eye at least, the most glaring discrepancy is the front landing gear. That beefy looking, forward swept nose gear is a signature piece of the overall look of an MQ-9. 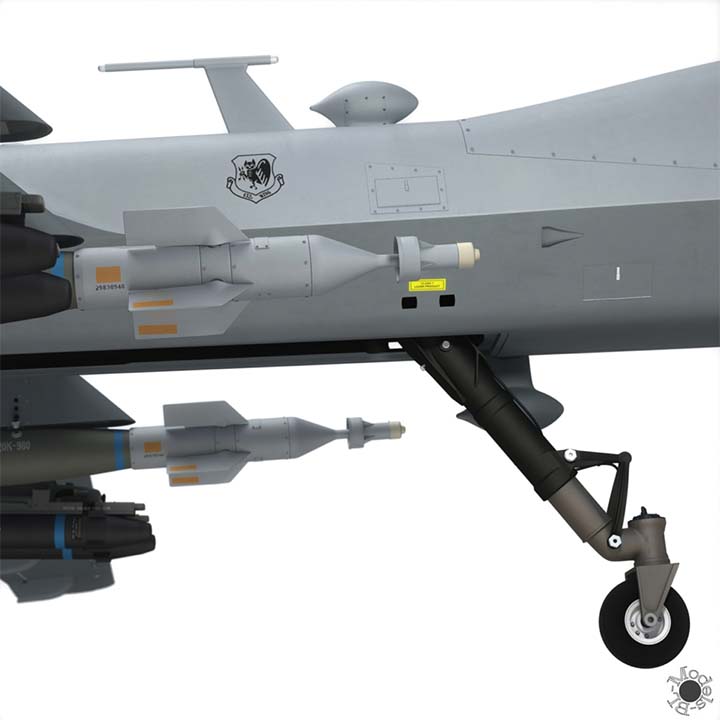 This image shows greater detail. Note the cylinder looking part of the lower leg right above the wheel. This casting contains an electric steering servo motor with an ingenious planetary gear train!

By using and old steel rod for a mandrel, I wrapped some carbon cloth and epoxy to make a landing gear tube. Then, after using mold release, I wrapped the outer tube. It made a perfect slip fit . With a few old bits of sheet plastic for the linkage and some fiberglass stock for the “servo casting” I now have a spring loaded front landing gear that looks pretty good, much better than the kit version. 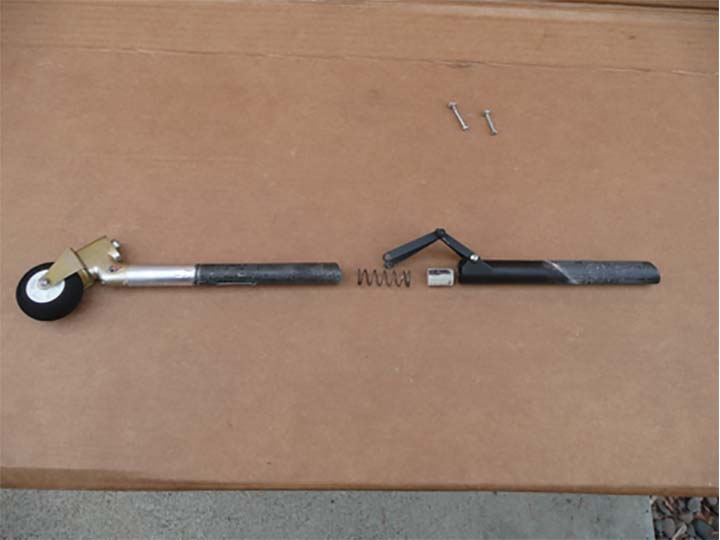 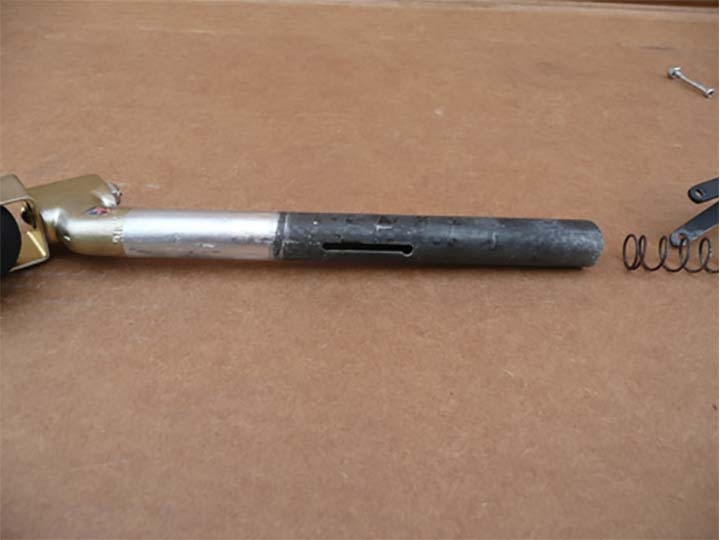 Detail of the slider and anti torque slot. 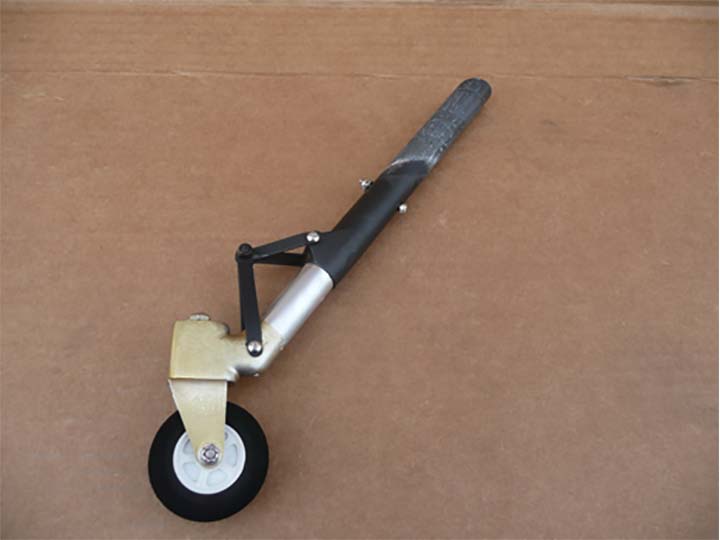 Looks pretty good and it is shock absorbing.

Some interesting information about the full size Reaper from Bob:

They are now using the “Due Regard” radar that allows the aircraft to fly in MCAS controlled airspace. That is a much bigger deal than it might seem.  Huge, actually as your future flight in commercial airlines may be sharing ( almost !) the same space.  Also, the record breaking non-stop non-refueled flight to the Farnborough airshow from North Dakota is noteworthy.  It has now logged over five million flight hours and that is pretty big too.  Flying 24/7 there are about 49 of these aircraft in the air every day.  The future is here…

In order to make an informed choice on your next Reaper purchase, you can download the Configuration Guide below:  Click the first pic. 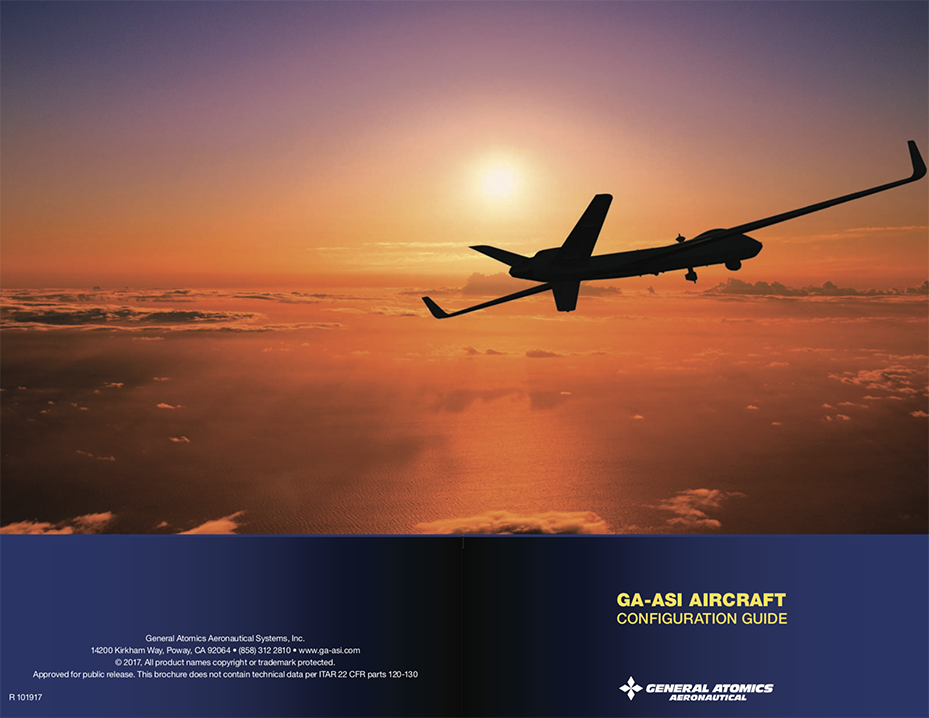 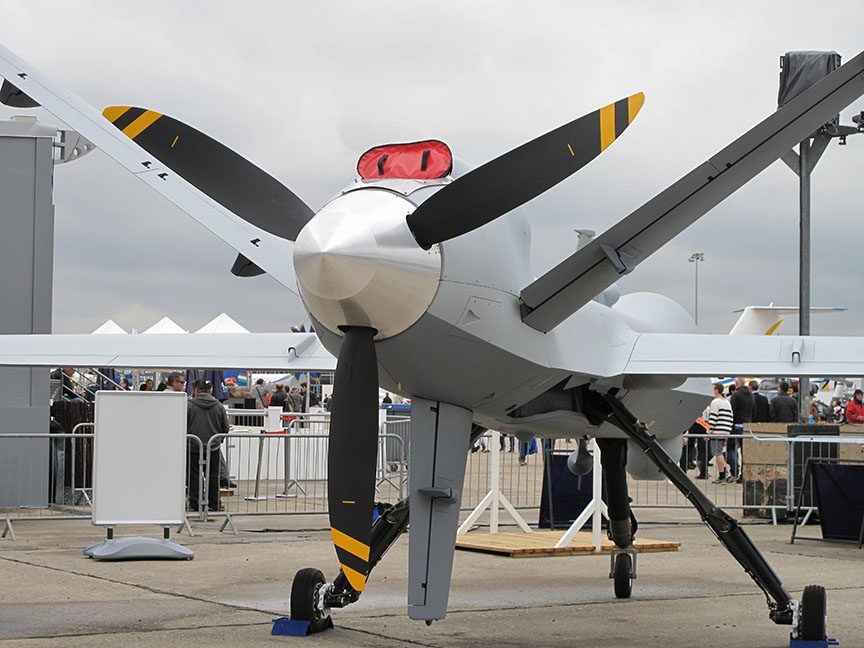 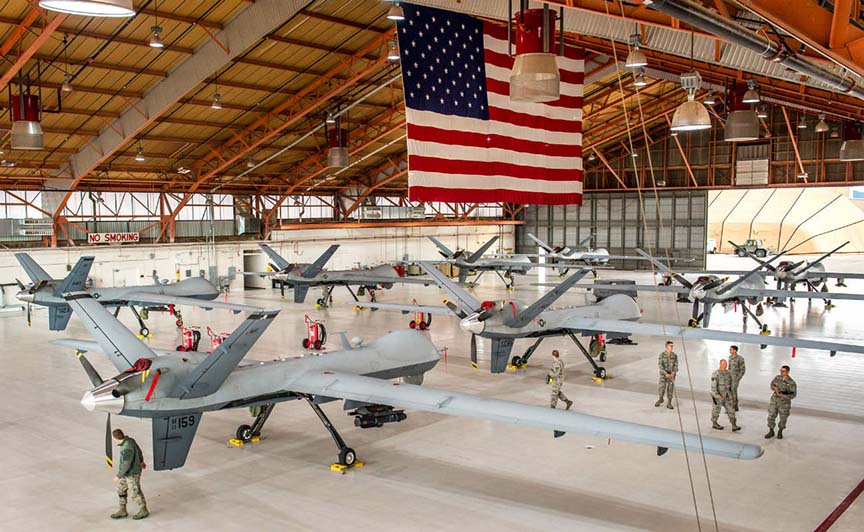 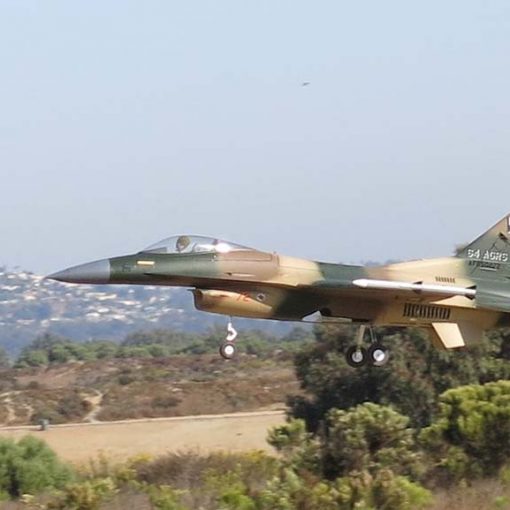 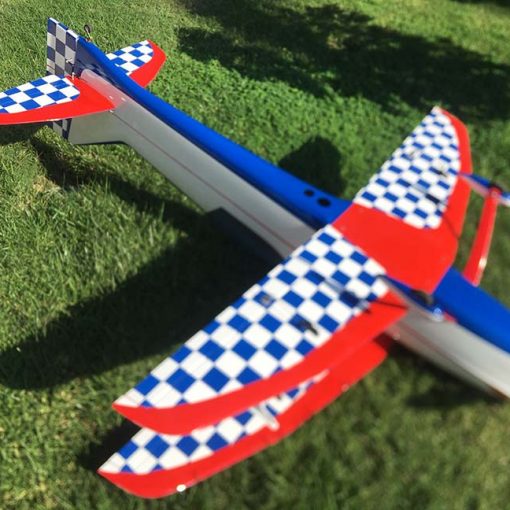