Thanksgiving Day, all the relatives were in the kitchen helping out in prepping the turkey and the many other goodies going with it, grabbing samples, my wife is in the middle of making egg rolls and it was smelling good.  Me, I was sitting by the TV watching football, my Kona Brewing Hanalei beer next to me, computer in hand and I was feeling pretty good that day.   With my computer, I’m doing the massive internet searching and watching the football game.  I like to check out Motion RC for their aircrafts (to my opinion) look pretty cool, for a foamy.  I have had my eye on this one very cool looking aircraft, it was the Flight Line B-24 Liberator Olive Drab.

Then my eye caught sight of this airliner, Freewing AL37 Airliner Twin 70mm EDF, I’m like really, that just looks so cool and so was the price, $499.99.  I still had to see what this was, watch some videos and as I was doing that, drinking my Hanalei beer and I was getting excited (PG). At this point I had to get some eggrolls so I paused.   Picking my eggrolls, I start taking to my wife, Phi, (pronounced like paying a “Fee”) about this new airplane that I just found on the internet and of course she says back to me “Oh Jovi, here goes more money”.    I said with a smile, you need to see it later……. Here’s the good stuff on the AL37:

Also included were, Electric Landing Gear, with doors, scale LED lights and best of all the two pilots figures, why who else was going to fly this bird????   The Li-Po Battery needed, 6S 4000-6000mAh.

Phi, my wonderful wife gave me the go-ahead so when we got home from our Thanksgiving trip in Arizona, I got to Motion RC web site and “Pushed the Button”, it was order, now, patients for the deliver day.  When order, I was told this was a pre-order, should ship mid-December.

Meanwhile while waiting for the Jetliner, I had asked Randy if he know of anyone who could make decals and I was looking to make my airline look like Hawaiian Airlines, my favorite way to go when heading to the Islands.   Randy mentioned Callie Graphics.  Found their web site so I left them an e-mail with my request.  Couple of days later I got a response back with “heck yeah”.  Again, I got excited… (PG).

Here it is December 10th and I got the e-mail; your order has shipped……Oh Yeah!!!!!   A day later, Callie Graphics advise me that my order had shipped as well.  This was great, very thing is falling into place.  Besides having the problem with Fed-Ex and there so call on time deliver, my was delayed by three days.  The decals arrived and I was very impressed with the way they came out.  I was also surprised on how large these decals were.   Well finial on Sunday evening the package arrived.  I was like, box is not that large and I could not believe how light the package was.  Open it up and was happy seeing how the packaging was very well done; each piece was well place in a cradle that was created in its shipping box.   Once I look at it, I got amazed on how large of a Jet this really was….

On Monday right when I got home from work I started to work on AL37.   Putting the fuselage together was really easy and it goes on straight.   Now came the time to put the decals on.  If anyone has done this, you know to use Luke warm water and some soap.  This really helps in putting the decals on and getting them as straight as possible.   I took the rest of the week to get it done.

December 28th, it was ready for flight.  Randy was very kind to help me get it in the air.  Check it out and soon it was in the air.  This aircraft fly’s really fast.   Randy flew it for about 4 minutes and then wanted to bring it down.   And he did.  It hit hard and had some damage.  All could be repaired.  By the following weekend the AL37 was ready for flight.   This time Brad was at the field.  I don’t how much I can thank Brad for taking the time, about over an hour and spent the time setting up my radio and making sure that AL37 was perfect.  He check it out from top to bottom.   Now it was time to fly.   Brad got it up, flew it around trimmed it out and it flew great, hands off.

Then the moment was mine, with a freshly charge battery the AL37 was ready for flight again.  This time I took control.   Powered up, she started to roll, increasing the power she started to lift off the ground, I was excited….I flew her for about 4 minutes and let Brad have the last minute to bring her back.   He brought her back on a very nice approach and he landed it very gently.    WOW this is one fun airplane.

Without the help of Brad and Randy, I don’t think I could have done this on my own, got to take it home in one piece……Thanks again for the help you both provide me with my Hawaiian Air. 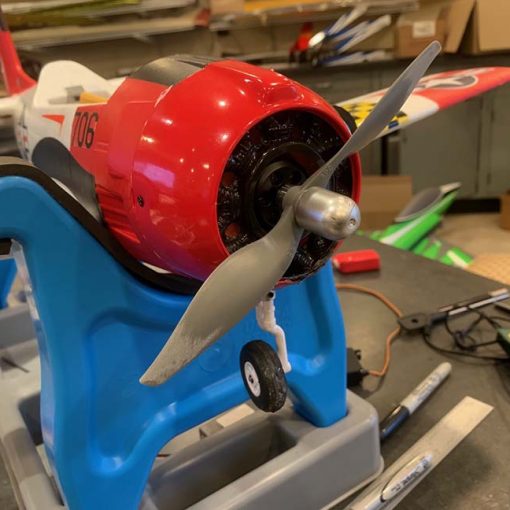 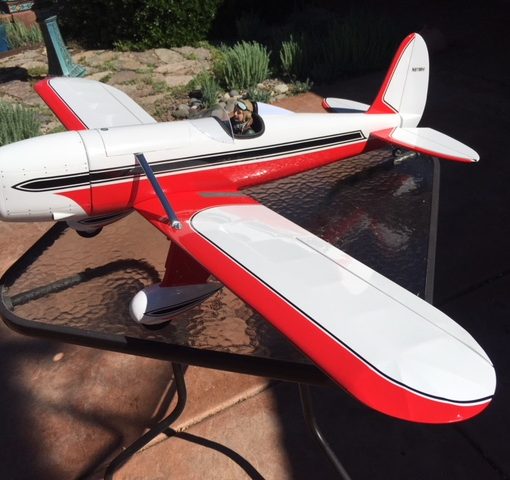