Well guys, it shouldn’t come as a shock to you that our site is currently shut down amid the coronavirus outbreak. Now is the time we keep saying we are waiting for to get the damaged models fixed, or the projects you have been saving, onto the workbench and in progress. For now, please stay away from the club field as the San Diego Police Department has issued warnings of citations and/or arrest for people utilizing Non-critical parts of Mission Bay. All activities at the club site are currently suspended.

Thinking ahead to when the crisis ends, I hope everybody returns happy and healthy!  As I mentioned a week ago, please be careful of who you come in contact with, and who enters your home.

One thing we will need when the crisis subsides and we progress into summer is your old lawn furniture.  Please bring used, but not broken, chairs to the field as you replace your items at home with new product. We are down to about 15 chairs on site and a decent Saturday this summer could see the need for 50 or more chairs to keep members comfortable.

I am happy to report that my stolen iX20 radio was returned – thanks to the efforts of local modelers who kept an eye out for it and found it after the thief posted it for sale on the online site “Offer Up”. THANKS Brian and Mike!! These guys actually responded to the ad and went to the thieves apartment complex like GANGSTERS and picked it up for me. Once they powered it on and saw my name on the screen, they gave him the choice of giving it up now waiting for the police to arrive. So that should be a reminder to us all to be careful what you leave out on the tables at all times. While I respect and trust our members, we have no control of who visits the field, or who rolls through on Bikes.

For now, it would be a good idea to put all of your batteries at a standby charge, so they will be ready to go! Now is also the time of year I ask everybody to check the charge on their fire extinguishers, and the freshness of their first aid kits in their vehicles. A little preparation now will go far if there is an emergency at the field!

I have heard reports of some people being able to fly smaller aircraft at their local junior high and high school football fields. Please continue to fly safely and respect structures and people sharing this type of site to ensure there are no negative reports of out of control modelers in the news .

If you are able to, get out have fun!

Until next month, my best wishes to you and your family,

Franks Gagliardi sent this letter out to a few folks.  He certainly captured to sentiments of many others.  Here is Frank’s letter followed by a couple responses.  Please see here for a list of the Local Hobby Shops.

I was thinking about John Weaver today and wondering how Discount Hobbies was coping with the current crisis, so I called him and could tell by the tone of his voice that he is concerned for the health of his employees and his business and rightfully so. We as modelers have an advantage over those who are coping with home-bound restrictions. We can dream, read, build and converse with fellow modelers. We can also help our local supplier and friend by patronizing his business when possible and not taking the “easy way out” and shopping on line to strangers that we don’t really know and who may or may not be there when we need help or advise. So, let your heart be your guide during these difficult times and remember who we depend on to keep us happy!

I was over there on Monday and bought 3 BNF Eflite planes.   Air Tractor, P-39 and the Extra 300.  With plenty of time on my hands Ethan and I have already had a few flights with each!

To the rest of you, get out there and pick one up!”

“Thanks Frank I picked up a little toy myself there. absolute best cure for COVID-19 in my front yard”

Front Page General Interest
Flyers,
By order of the San Diego Police, the parking lot for our field, and all other parking lots within 1/2 mile of the beach, is officially closed to vehicles.
If you do park at the field, you may be asked by the police to leave.  I was told to leave Sunday 3/22.
No idea when this order will end.
If you have questions, please contact Brad:  bradley.bender@cox.net
Good luck,
Steve
Front Page General Interest

We had a pretty good time at the Electroglide last Saturday. The skies were clear, a light North West breeze was blowing for the 10:00 a.m. launch. This will be the second contest with a 10 second motor run time.

Eight pilots launched their aircraft on that first launch, seven Radians and one Phoenix II. Although the sun had been shinning for at least 60 minutes, it had not warmed up the local field area enough to produce any lift. As a result, the flight times were short.

On the second launch, flight times indicated the sun had yet to produce thermal lift.

Remember, with 10 seconds allowed for motor run, pilots tend to keep their aircraft close to the runway and can barely make 200 feet of altitude.

That said, the third launch proved we can still have a fun, competitive time flying gliders, because the sunlight finally lit up the lift.

Flight times jumped with Jon Graber staying aloft for 9:57 and getting a 10-point landing.

The North West wind had started to increase by the time the fourth launch took place and flight times now dropped.

Winner for the day is Bob Stinson at 219 total points. Second place goes to Scott Vance at 214 points and third place was earned by Alex Sutton at 185 total points.

A fun contest enjoyed by all, that third launch was a real blast. Many bonus points were earned on the landings, proving pilots are mastering their skills at precision flying and “dead stick” landings.

Thanks again to Frank Sutton for supplying the event pictures.

Next Electroglide is scheduled for TBD, 10:00 a.m. first launch.

Front Page Safety
We are shut down from flying models for the duration due to Covid-19 virus. The best way to get back to normal is to observe the directions from our local health officials. Over the previous week when the weather turned nice thousands of San Diego residents headed to the beaches and parks—exactly the wrong thing to do if you want to prevent the spread of a virus— which then triggered the further restrictions of access to parks like Mission Bay on Sunday the 22nd.
On the positive side look at the extra home time as an opportunity to do some building or fixing of models. I am sure most have a collection of kits that have been collected over time—now is your chance to spend some quality time in your shop. Get your T28s assembled and ready for flight—cross your fingers that we will be able to start some T28 racing.
Your club directors will be keeping tabs on the various restrictions and will let everyone know when we will be allowed back into our flying site.
In the mean time—build something and stay safe and healthy.
Steve Neu
Front Page General Interest

You saw me flew my jet yesterday. Later during the day, luckily caught on video, I flew it again then this happened.”  – Click the pic below for the video: 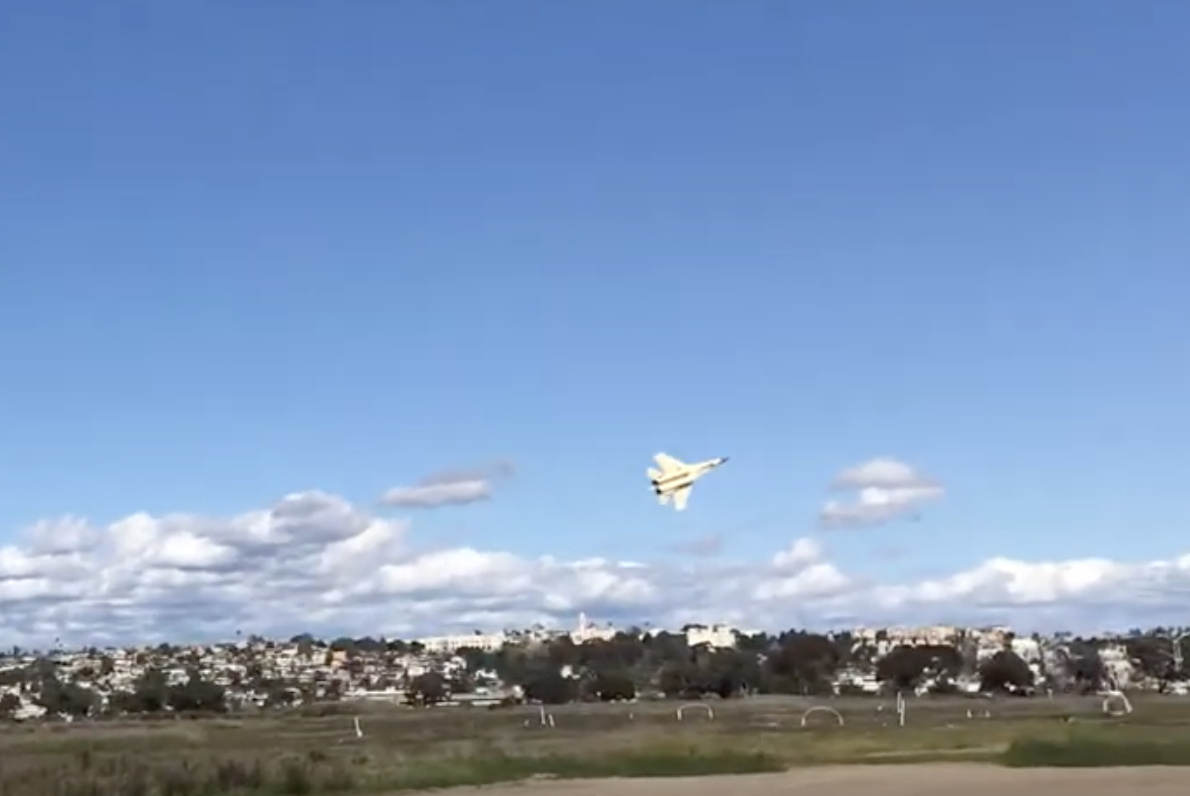 Quan has found time to do some much needed repairs.  Click the pic for the first in his series of articles: 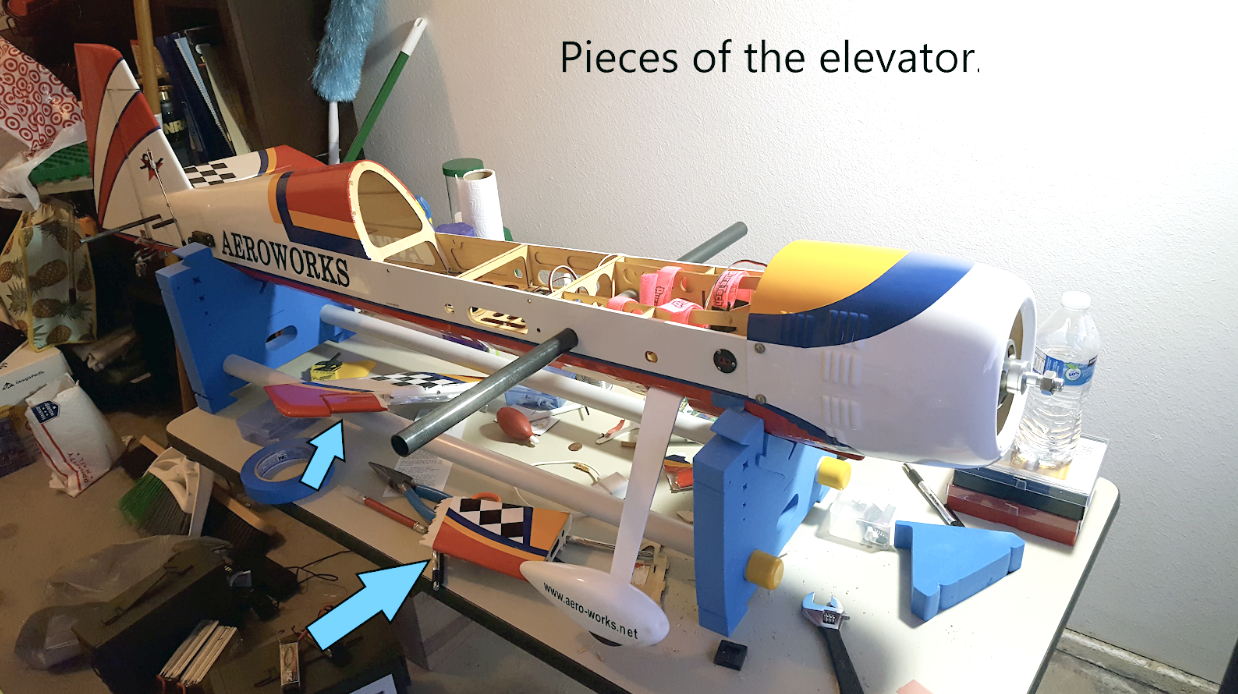 Front Page General Interest
A gigantic THANK YOU to Dennis LeBerge for his extended work in stripping the field of unwanted weeds!!
Randy 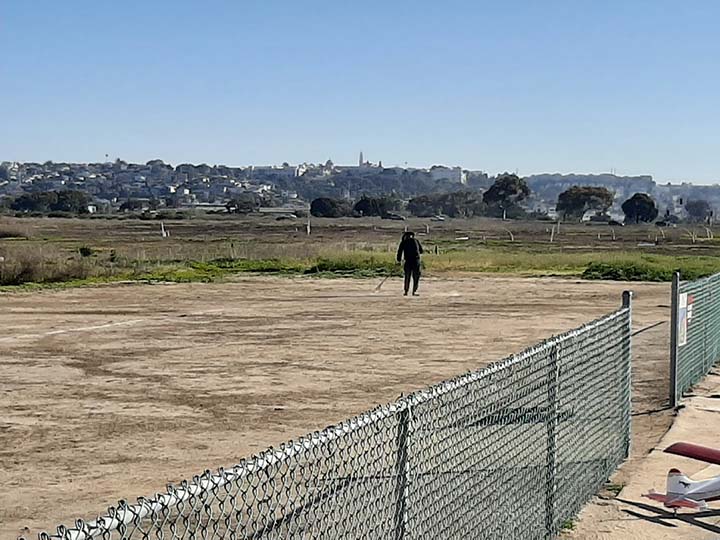 Click the pic for a fun article from Model Airplane News: 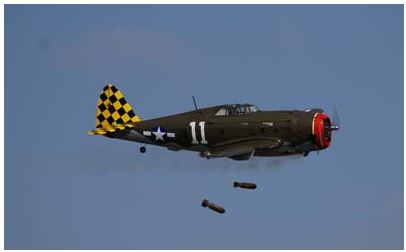 If you are at all interested in indoor flying please check out our website and come visit us at the Alliant Gym.  Bring your little planes and have some fun.  If you are new, the first night is free.  If you enjoyed yourself, we would love to have you join us.  The membership information is on our website.  We have 9 sessions lined up for this year: 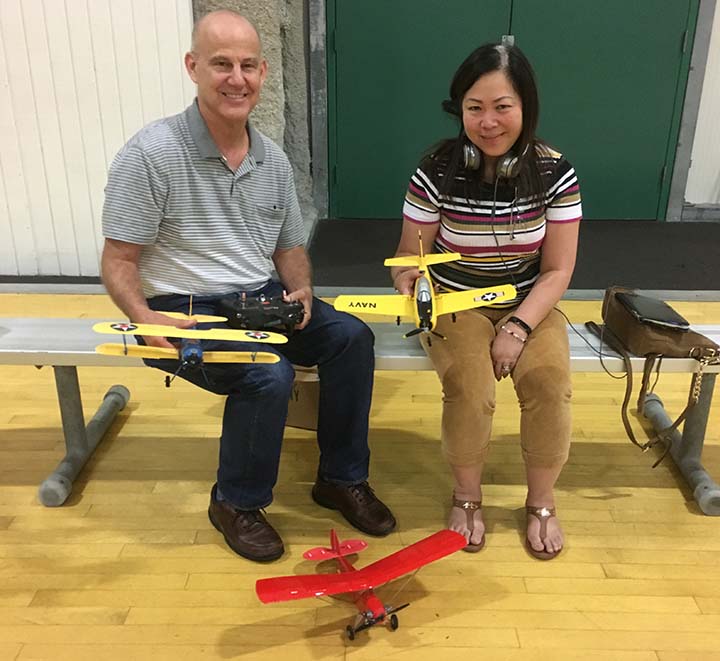 Scott would love to see his planes in your collection.  Check out his ads.

1.  Please check the calendar for the new schedules for: Meetings/Events, Electroglide, Float Flying, and Indoor Flying.
2.  The Torry Pines Gulls have their outstanding newsletter available online.
3.  Please check out all the other great items for sale in our “For Sale by Members” area.
4.  Membership renewals for 2020 have begun.
5.  Please check out these fine newsletters from other clubs:
The Harbor Soaring Society has a wonderful newsletter here.
The Ampeer can be found here.
6.  There is now a complete list of club instructors under the “Resources” tab.
7.  The San Diego Orbiteers web page and newsletters are here.