We had an enjoyable Electroglide this month. Lindbergh Field was reporting a South West wind of 6mph at the 10:00 a.m. start time. The skies were clearing, and it was 68 degrees.

We had to pause the third launch countdown as a full-size helicopter passed overhead, but soon eight gliders rose up into the now blue sky. Arthur was bringing his Radian back over the runway after about a 4-minute flight when his glider suddenly flew through a lift zone. With a quick turn, he reentered the lifting column gaining some altitude. By keeping a sharp turn going, Arthur stayed with the narrow lifting air and extended his flight time to 8:44. Scott had the second longest flight at 8:14 and Alex was third at 3:47. Stephen Treger picked up a 30-point landing and Bob picked up a 10-point landing.

I’ll point out that Jon Graber had at least a 7-minute flight on that last launch but landing off runway produced no score situation. Still, this was Jon’s longest flight thus far in the Electroglide.

Winner for the day was Arthur Markiewicz at 230 total points. Scott Vance was a close second at 225 points and Alex Sutton came in third at 165 points.

Nice flying everyone, I hope you all had a good time.

Thanks to Frank Sutton for being our event photographer. 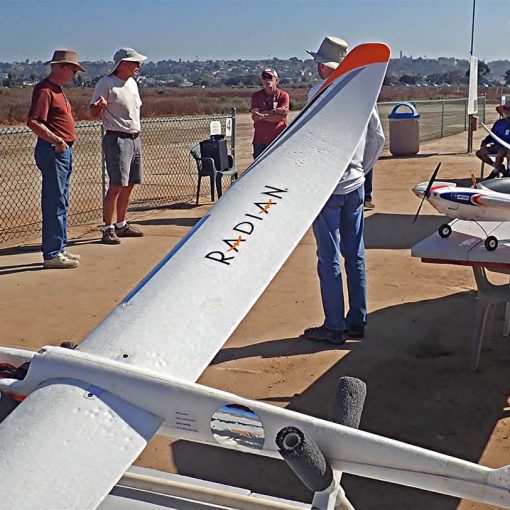 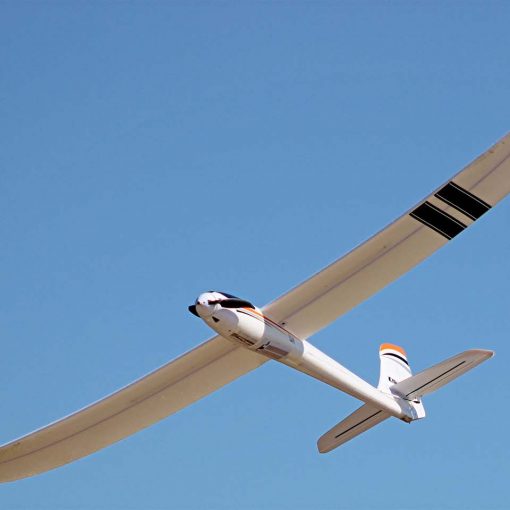 The Electroglide for July ended up being pretty fun. We had good lift at times and some long flights. At the start […]