How many of you know that in 1910, mighty Martin Marietta got its start in an abandoned California church? That’s where Glenn L. Martin with his amazing mother Minta Martin and their mechanic Roy Beal constructed a fragile biplane that Glenn taught himself to fly.It has often been told how Douglas Aircraft started operations in 1920 in a barbershop’s backroom on L.A.’s Pico Boulevard. Interestingly, the barber-shop is still operating.The Lockheed Company built the first of their famous Vegas’ in 1927 inside a building currently used by Victory Cleaners at 1040 Sycamore in Hollywood.In 1922, Claude Ryan, a 24 year old military reserve pilot, was getting his hair cut in San Diego, when the barber mentioned that the ‘town’s aviator’ was in jail for smuggling Chinese illegal’s up from Mexico. Claude found out that if he replaced the pilot ‘sitting in the pokey,’ that he would be able to lease the town’s airfield for $50 a month – BUT he also needed to agree to fly North and East – BUT not South!Northrop’s original location was an obscure So California hotel. It was available because the police had raided the hotel and found that its steady residents were money-minded gals entertaining transitory male hotel guests.Glenn Martin built his first airplane in a vacant church, before he moved to a vacant apricot cannery in Santa Ana. He was a showman and he traveled the county fair and air meet circuit as an exhibitionist aviator From his exhibition proceeds, Glenn was able to pay his factory workers and purchase the necessary wood, linen and wire.  His mother, Minta and two men ran the factory while Glenn risked his neck and gadded about the country. One of his workers was 22-year old Donald Douglas [who WAS the entire engineering department]. A Santa Monica youngster named Larry Bell [later founded Bell Aircraft which today is Bell Helicopter Textron] ran the shop.Another part of Glenn Martin’s business was a flying school with several planes based at Griffith Park, and a seaplane operation on the edge of Watts where his instructors taught a rich young man named Bill Boeing to fly.  Later, Boeing bought one of Glenn Martin’s seaplanes and had it shipped back to his home in Seattle. At this same time, Bill Boeing hired away Glenn’s personal mechanic. Later, after Boeing’s seaplane crashed in Puget Sound, he placed an order to Martin for replacement parts.Still chafing from having his best mechanic ‘swiped,’ [a trick he later often used himself] Martin decided to take his sweet time and allowed Bill Boeing to ‘stew’ for a while. Bill Boeing wasn’t known to be a patient man, so he began fabricating his own aircraft parts, an activity that morphed into constructing entire airplanes and eventually the Boeing Company we know today.A former small shipyard nicknamed ‘Red Barn’ became Boeing Aircraft’s first home. Soon, a couple of airplanes were being built inside, each of them having a remarkable resemblance to Glenn Martin’s airplanes .. that, interestingly, had its own remarkable resemblance to Glenn Curtiss’ airplanes.

A few years later, when the Great depression intervened and Boeing couldn’t sell enough airplanes to pay his bills, he diversified into custom built speed boats and furniture for his wealthy friends.After WWI, a bunch of sharpies from Wall Street gained control of the Wright Brothers Co in Dayton and the Martin Company in L.A. and ‘stuck them’ together as the Wright-Martin Company.Wright-Martin began building an obsolete biplane design with a foreign Hispano-Suiza engine. Angered because he had been out maneuvered with a bad idea, Martin walked out .. taking Larry Bell and other key employees with him.From the deep wallet of a wealthy baseball mogul, Martin was able to establish a new factory. Then his good luck continued, when the future aviation legend Donald Douglas, was persuaded by Glenn to join his team. The Martin MB-1 quickly emerged from the team’s efforts and became the Martin Bomber.Although too late to enter WWI, the Martin Bomber showed its superiority when Billy Mitchell used it to sink several captured German battleships and cruisers to prove it’s worth. Mitchell was instructed to stay above a high altitude  {Out of gun range?}   He flew his planes in low so as to increase probability of bombs hitting the ships. He was later court-martialed for his effort.

In Cleveland, a young fellow called ‘Dutch’ Kindelberger joined Martin as an engineer. Later, as the leader of North American Aviation, Dutch became justifiably well-known.Flashing back to 1920, Donald Douglas had saved $60,000, returned to L.A. and rented a barbershop’s rear room and loft space in a carpenter’s shop nearby. There he constructed a classic passenger airplane called the Douglas Cloudster.A couple of years later, Claude Ryan bought the Cloudster and used it to make daily flights between San Diego and Los Angeles. This gave Ryan the distinction of being the first owner/operator of Douglas transports. Claude Ryan later custom built Charles Lindbergh’s ‘ride’ to fame in the flying fuel tank christened: The Spirit of St. Louis.In 1922, Donald Douglas won a contract from the Navy to build several torpedo carrying aircraft. While driving through Santa Monica’s wilderness, Douglas noticed an abandoned, barn-like movie studio. He stopped his roadster and prowled around. That abandoned studio became Douglas Aircraft’s first real factory.With the $120,000 contract in his hand, Donald Douglas could afford to hire one or two more engineers. My brother, Gordon Scott, had been schooled in the little known science of aviation at England’s Fairey Aviation, so he hired Gordon.My first association with the early aviation pioneers occurred when I paid my brother a visit at his new work place. Gordon was outside on a ladder washing windows. He was the youngest engineer. Windows were dirty. And Douglas Aircraft Company had no money to pay janitors.Gordon introduced me to a towhead guy called Jack Northrop, and another chap named Jerry Vultee. Jack Northrop had moved over from Lockheed Aircraft. And all of them worked together on the Douglas Aircraft’s world cruiser designs.

While working in his home after work and on weekends, Jack designed a wonderfully advanced streamlined airplane. When Allan Loughead [Lockheed] found a wealthy investor willing to finance Northrop’s new airplane, he linked up with Allan and together, they leased a Hollywood workshop where they constructed the Lockheed Vega. It turned out to be sensational with its clean lines and high performance. Soon Amelia Earhart and others flew the Vega and broke many of aviation’s world records.I had the distinct pleasure of spending time with Ed Heinemann who later designed the AD, A3D and A4D. He told me how my Dad would fly out to Palmdale with an experimental aircraft they were both working on. They would take it for a few hops and come up with some fixes. After having airframe changes fabricated in a nearby machine shop, they would hop itagain to see if they had gotten the desired results. If it worked out, Mr. Heinemann would incorporate the changes on the aircraft’s assembly line. No money swapped hands!In May 1927, Lindbergh flew to Paris and triggered a bedlam where everyone was trying to fly everywhere. Before the first Lockheed Vega was built, William Randolph Hearst had already paid for it and had it entered in an air race from the California Coast to Honolulu.  In June 1927, my brother, Gordon, left Douglas Aircraft to become Jack Northrop’s assistant at Lockheed. While there, he managed to get himself hired as the navigator on Hearst’s Vega. The race was a disaster and ten lives were lost. The Vega and my brother vanished. A black cloud hung heavily over the little shop. However, Hubert Wilkins, later to become Sir Hubert Wilkins, took Vega #2 and made a successful polar flight from Alaska to Norway. A string of successful flights after that placed Lockheed in aviation’s forefront.I went to work for Lockheed as it 26th employee, shortly after the disaster, and I worked on the Vega. It was made almost entirely of wood and I quickly become a half-assed carpenter.At this time, General Motors had acquired North American consisting of Fokker Aircraft, Pitcairn Aviation [later Eastern Airlines] and Sperry Gyroscope and hired Dutch Kindelberger away from Douglas to run it. Dutch moved the entire operation to L.A. where Dutch and his engineers came up with the P-51 Mustang.Interestingly, just a handful of young men played roles affecting the lives of all Americans ….. as it initiated the So  California metamorphosis, from a semi-desert with orange groves and celluloid, into a dynamic complex, supporting millions.Although this technological explosion had startling humble beginnings, taking root as acorns in – a barber shop’s back room – a vacant church – and an abandoned cannery – but came to fruit on as mighty oaks.

If you read all this then take a break and come back for an incredible amount of interesting aviation history ‘and great historical photos’.  Go to ‘Galleries’ and ‘Pioneers in Aviation’. 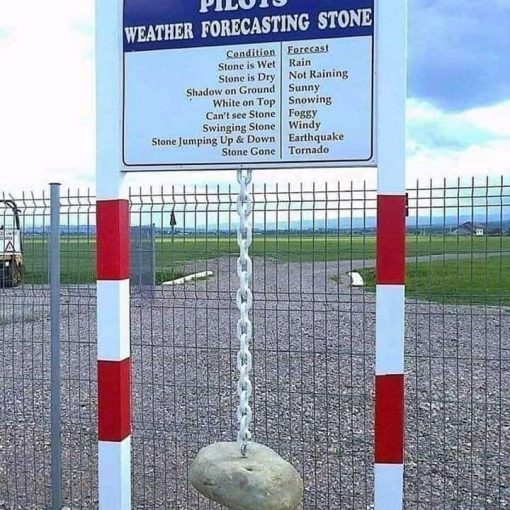 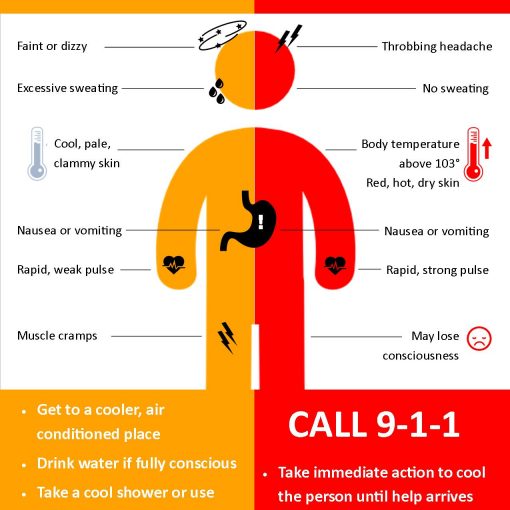 With the hottest months of the season coming up, here is some important info to consider when you’re out in the heat […] 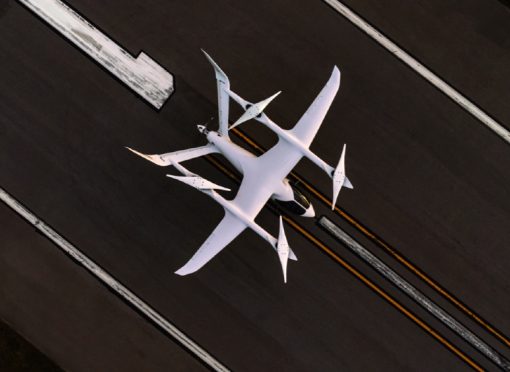