Visiting the Paris Air Show, Mr. Lugg said:”We have access to revolutionary engine technology and a unique very high speed
aircraft design to make this kind of earth-shatteringly fast air travel possible, and we have a date. Our plan is to build and fly the
world’s first very high speed supersonic hybrid aircraft by June 2021.”

Propulsion for the 20-seat aircraft will come from two hybrid engines which will be 30 per cent more fuel efficient than the
Rolls-Royce engines used in Concorde.

It has been eight years since Concorde was retired from service and with it the supersonic dreams of millions around the world.

It will be able to cruise at Mach 3.1, a speed made possible by S-MAGJET hybrid gas turbine engine technology; nobody has
ever travelled that fast before.

Its top speed, however, will be Mach 3.6.
With relatively low fuel consumption, the Sonic Star ‘overcomes the economic and environmental challenges of supersonic flight
to revolutionize the way we travel and drive air transportation forward into the future,’ claims HyperMach.

By using electromagnetic currents across the fuselage to suppress the sonic boom, the plane is able to overcome the noise
regulations that constrict supersonic travel.

It has a range of 6,000 nautical miles and its 54,700 thrust class S-MAGJET engine – actually two engines – is optimized to fly the aircraft at 62,000 ft.
But it is the reduction in jet engine emissions that HyperMach believes will prove the secret of SonicStar’s success.

Tomorrow’s world: HyperMach plans to build its SonicStar engine by the end of the decade and to have the plane itself constructed by 2025. 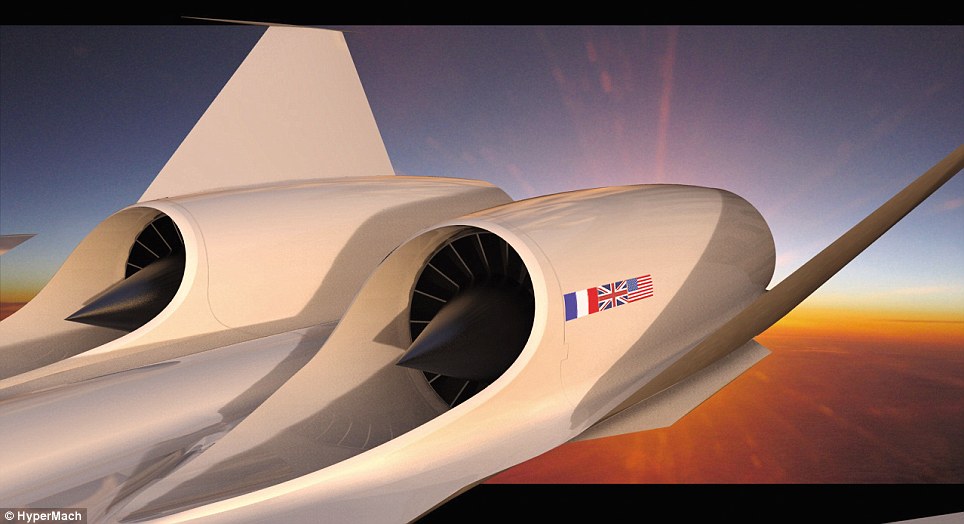 SonicStar will be able to cruise at Mach 3.1, a speed made possible by S-MAGJET hybrid gas turbine engine technology.
A spokesman said: ‘The engine is a true hybrid. It generates massive electrical power on board using proprietary integrated
turbine electromagnetic generation technology to segment each engine rotating component stage electrically.

‘Every stage from bypass fans to compressor to turbine rotates independently of the other.’

This segmentation will enable the engine to change the operating speeds of its rotating components continually throughout
the flight to respond to the changing conditions of the atmosphere and the flight and performance demands of the aircraft.
The HyperMach claims that this, along with the S-MAGJET plasma fuel combustion technology, will result in a 40 to 50
per cent increase in the ability of engine to convert fuel to thrust.

The company said such fuel efficiency would ultimately lead to a 30 to 35 per cent reduction in fuel used as supersonic speeds. 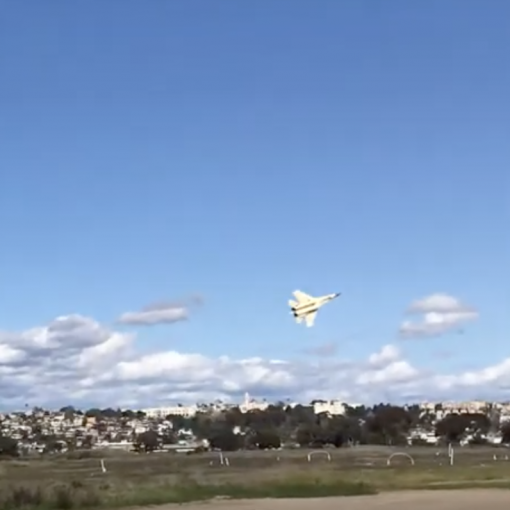