Some members may have heard that as a result of the newly signed FAA reauthorization bill that there likely will be some changes in how we operate and fly at Mission Bay. The AMA has some more details of what this might mean for our hobby flying. One of the items that in the near term that is needing our attention of your BOD is the requirement to have a “Letter of Agreement” (LOA) with the Lindberg tower. We have started the process and there has been some initial contact which has established which person we have to communicate with. The initial response indicated that there are some concerns that we as a club will need to address in order to get a LOA in place. We need to tighten up our flying and pay attention to the 400 foot altitude restriction as well as making sure we drop to below 100 feet when ANY manned aircraft approaches to within a mile of our field. Having a spotter by your side would be advised for pilots flying high performance models or gliders that operate further out.

As a cautionary tale a long established flying field in L.A. was visited by the FAA people from the local tower in Van Nuys—they were told that until they got a LOA in place that there would not be any more model flying. The Apollo 11 field in the Sepulveda basin is shut down for now. The take-away for us is to be good citizens and make sure we do not do anything to get our operation noticed in a negative way.

That brings up another subject—DO NOT HARASS THE WILD LIFE! I have seen drone video of a FPV racer chasing and nearly hitting an Egret well north of the FPV course. I can’t stress enough how bad this behavior is! We are in the middle of an area that is rich in a wide variety of bird life and we must behave accordingly. Leave the birds and other critters alone!

For the most part things have been pretty quiet from a safety perspective at the field. One item that I have observed […] 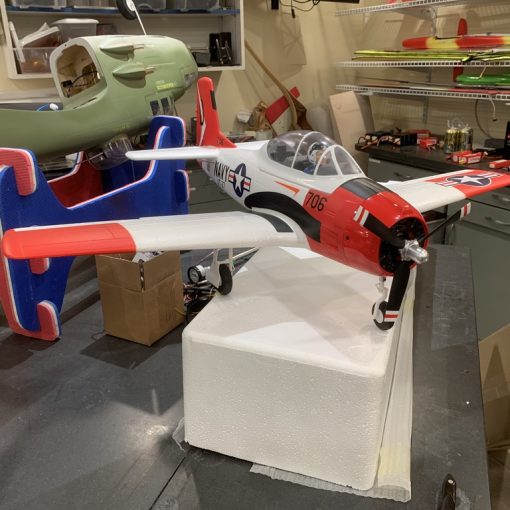