Hey guys,
With temps spiking last week we have had our kick-off into summer. It’s very likely we will not see much more rain for the next few months and the outlying field area is drying out fast. There is still a little green out there, but most of the growth has the consistence of barbed wire, so avoid it if you can – both with yourself and your aircraft! The pretty nasty brush fires in the county this week are a sign of things to come, please be prepared to respond in the event of fires. Also, there was a report last summer of a rattlesnake in the field, so if you do venture out there, go a bit slow to ensure you don’t startle something into biting you.
If you have not heard, a federal court recently shot down the requirement to register all model aircraft with the FAA. If you use your aircraft in a manner which involves any type of commercial use, you must still register – along with additional licensing. I doubt there will be a refund involved (sorry Dave…).
As I mentioned last month, fund raising is quite a bit down from last year as we were not the US host city for international drone day this year and as such have not received any sponsor donations this year. Our chance to get some money in the end of year banquet coffer is coming quickly. Jim has already started picking up some neat stuff for our 4th of July Raffle. Quan is donating the receiver ready Joker sport plane he won at the 2015 holiday banquet, as it is not his style of plane, to the raffle. We expect to start selling tickets mid-June.  If you have any thoughts for fundraising, bring them to me!
A couple of things coming our way next month. On June 4th SeaWorld drive will be closed between 6:00 AM and 12:30 PM for the rock & roll marathon. Their course map https://rnr30-compgroup.netdna-ssl.com/wp-content/sites/4/2015/04/SD17-Course-Map-5.8-Elements.pdf has runners coming up behind us to the boat ramp parking lot and then along the path towards fiesta island. With so many people about we are discouraging anyone from coming in at 5:00 AM to have the morning to themselves.  Also coming up is the traditional father’s day swap meet in the back parking lot at Discount Hobby Warehouse. This seems to be the best one with more quality items being presented. Don’t miss out!
Please keep an eye out for full scale craft in our area. If they are within a half mile of us stay around 50 feet until they are well away. We continue to have pilot reports to the FAA that we are too high and that is not a positive thing for us.
This month’s fun fly event on the 27th will be Poker fly, followed by the club meeting, and our hot dog lunch, See you there and fly safe!

The stick was a Rand that I mounted two Allen-Bradley pots to and the third channel was a reed switch. The Tx box was an aluminum LMB project box I got from one of the electronic stores that are no longer in existence. I didn’t have a nibbler or broaching tool so I had to drill and file the trim tab slots. The tacky looking wood finish is shelf paper. The Tx was 27MHz, note the center loaded antenna. The crystal alone was larger than a modern thumb drive.

When the Tx was completed I was surprised it actually worked. The receiver and servos were kits offered by Royal (and they were a Royal PITA, but I’m OK with that because I learned how to solder tiny stuff building those things). Then 72MHz became the new ‘air’ frequency and it was a lot safer than sharing 27MHz with CB operators.  At around that same time Heathkit came out with radio kits so I built those to get into 72MHz.

During college I worked in the evenings at Lindberg field as ramp crew for Delta Airlines (DC-8’s). I studied mechanical engineering with a minor in electrical engineering. That, along with my hands on experience with RC gear, helped my career in aerospace and defense designing and manufacturing electronic hardware used in aircraft, spacecraft and missile systems.

By the mid 70’s and after college I phased out of RC and into motorcycles, sports cars and motor racing. After 10 years of racing I got married and raised a family. One day in 1999 I was on Sea World Drive and happened upon the SEFSD field. Everyone was friendly and it was interesting to see the advancements in electric flight. Thanks to SEFSD I got back into RC and have enjoyed several forms of RC flight from gliders to turbine powered jets, however most of my model planes are electric powered. 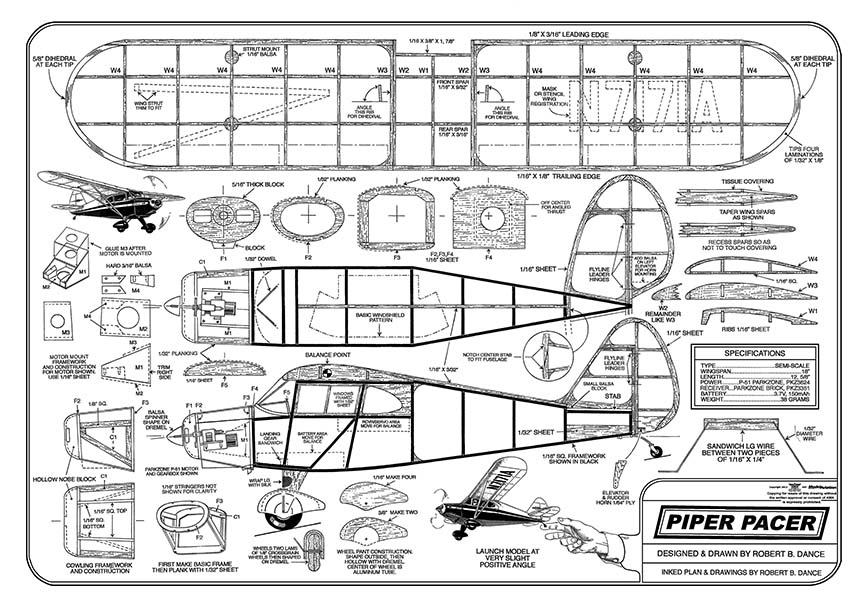