Hi Folks!
I hope mid-summer is meeting your expectations. If your expectations have included heat, humidity, and crosswinds – it has been a spectacular month! Well, we knew it was coming, so all we can do is smile and wave. Some of us have been hiding in our air conditioned spaces, but I would like to throw a shout out to Tom, Tuan, and Brian who have been determinedly raising their proficiency in crosswind landings. Great job guys!
For my standard banging of the safety drum, I want to say thank you to the folks who are always on site with their fire extinguishers and ready to save us if things get out of hand. The entire outer field area is very dry and flammable. Please bring enough water to stay hydrated for your expected stay. You can re-fill empty bottles at the boat ramp if needed. Finally, it is not a bad idea to bring and use sunscreen this time of year. I saw Randy after a long Saturday, He looked like a red Papa Smurf…

Jim has been spraying the field to keep weeds down lately, Thank you for not trying to get extra points by seeing how close you can get to him ( Skip!! ) while he is around the edge of the runway. Thanks also to Dennis for countless hours weed whacking, and Tom and Chief for keeping growth down around the tables. We have had a couple years of use from the tables at the main runway, and we know they are starting to wear. Between now and the end of the year we will change out the worst of the tables to something closer to what was installed at the rotorplex last year. Please do not hurry the demise of the current tables by picking holes into them or striking them with hammers.
As a group comprised mostly of grown-ups, I have to ask you all to take the initiative if you see something unsafe. You do not have to wait to tell a board member, or wait for someone to handle it. Please step up and say something, if you need back-up – ask another member to join you and you can both have the discussion. Jim and I saw some VERY unsafe actions at the rotorplex a few weeks back, and both approached from different directions to have a few words. I am positive we would have had the same response if we were not on the BOD. Please join us in keeping everyone safe!
We had a pretty decent showing for the festivities on the 4th, the evening cooled off nicely and some of the fireworks were visible this year through the smoke which plagued us the last couple of years by drifting right at us. Thank you to the folks that stayed into the evening for not leaving piles of trash in the pit area.
My last conversation with Isabel puts us around 360 members for 2017. A bit behind last year, but still growing. Thanks to everyone that has been stepping up to invite new people to join the club. Steve, Randy, and Fred have been going out of their way to answer questions.
The monthly meeting/fun fly/lunch on SEFSD is coming up on 7/22. This is our summer bomb drop event and is a lot of fun, which can be had by all levels of flyers. If you can take off, go to an approximate minimum altitude, and make an approach, you can play!  And win prizes!  But don’t forget to watch your plane!!  When we do the summer bomb drop, we change up lunch a bit by ordering a couple of large subway sandwiches, which will be served by Jim and his wonderful wife Julie.

Bring brooms on Saturday. Most of you have noticed that the heat has not been friendly to the field. The clay has powdered in places and is mixed with sand. Before kicking off the fun fly event I would ask that folks bring a broom and we will spend 20-30 minutes sweeping the runway in preparation of Jim doing a 2 day mid-week dousing and rolling of the field. We want to get water down deep so the surface should last the remainder of the year. When Jim puts down the water, we will close the main runway to flying for 2 days so no one puts foot prints on it before it is dry.
See you Saturday and have fun!!
Brad 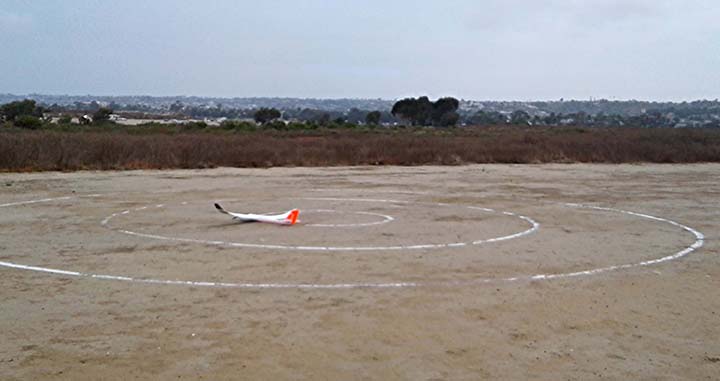