Those of us inclined towards scale military planes are always on the lookout for a good looking color scheme on a favorite airframe. I’m no exception. I’ve been flying Eflite’s 70mm Thunderbirds F-16 for a while now. I’d always wondered what it would look like in operational garb. Scott C. recently painted his as a 64th Aggressor Squadron adversary. When I checked the unit online, it was like Richthoven’s Flying Circus brought to the present day!
I selected a color scheme and repainted my F-16. It needed those identifying marks the real ones sported to give it that aura of authenticity. Enter Callie Graphics! if you haven’t yet discovered her company, you’re in for a treat! She is a magician in supplying dry transfers for your airplane. If she doesn’t have them in stock, she’ll make some up, but she’s hard to stump. I once asked for some “Fuerza Aerea Mexicana” markings for a 1960’s era De Haviland Vampire. Amazingly, she already had some on file.
Rattle can spray paints, some online photos for reference, Callie’s decals, and the Thunderbird is now a “Mig-23 Flogger” based at Nellis Air Force Base. 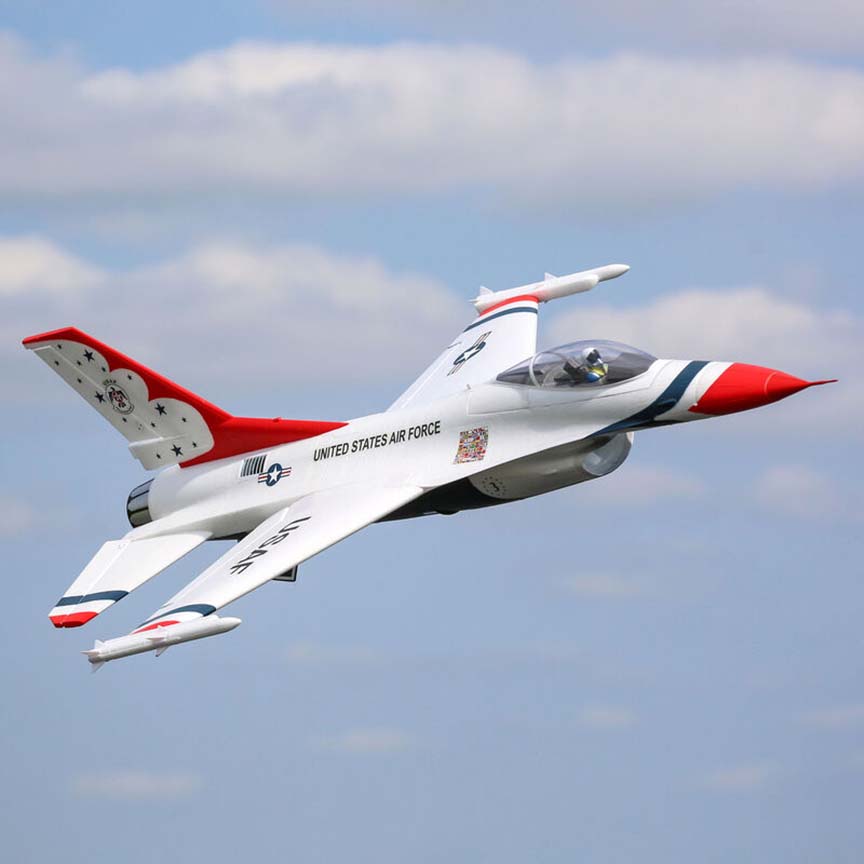 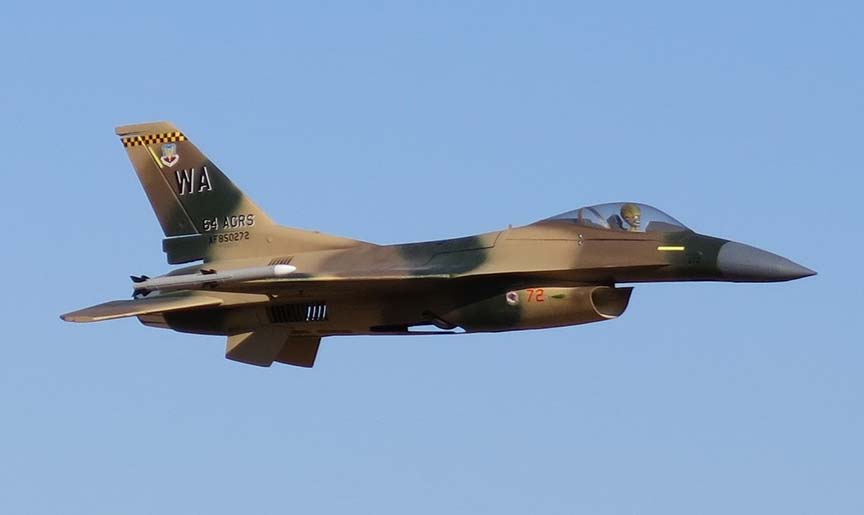 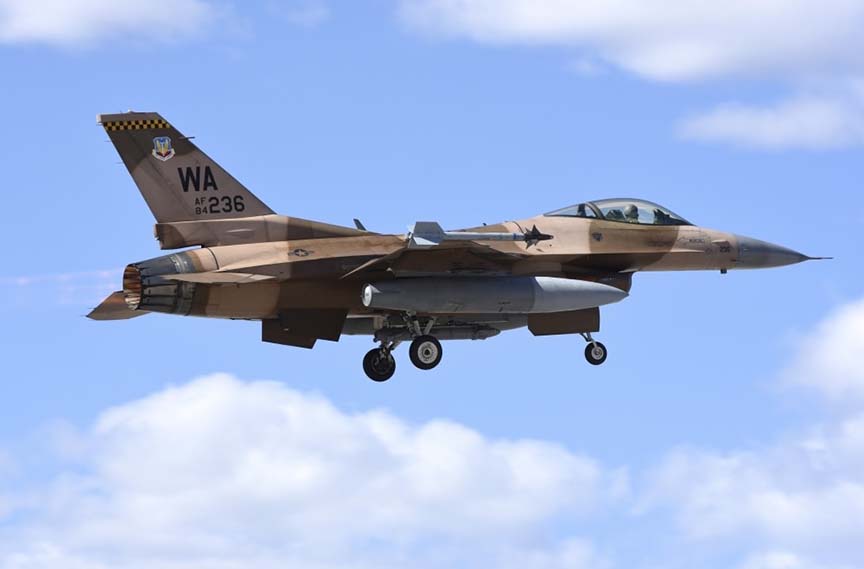 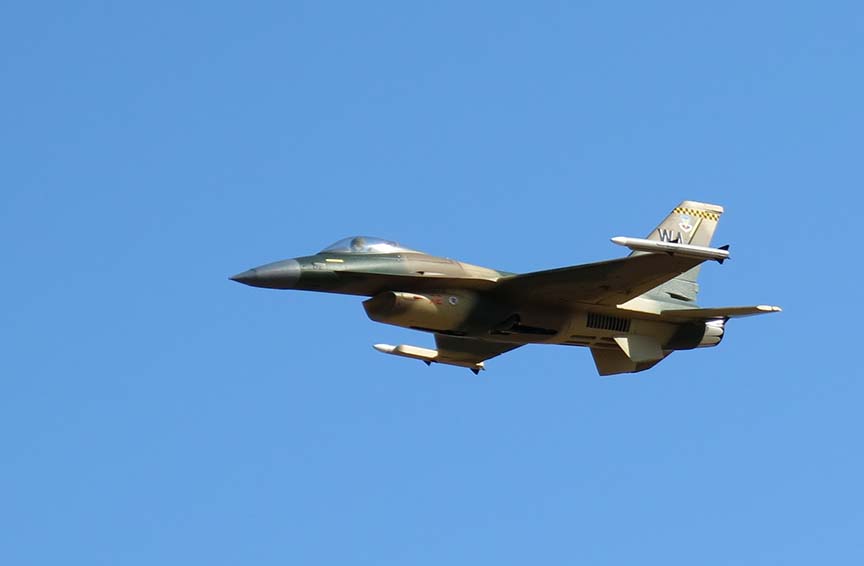 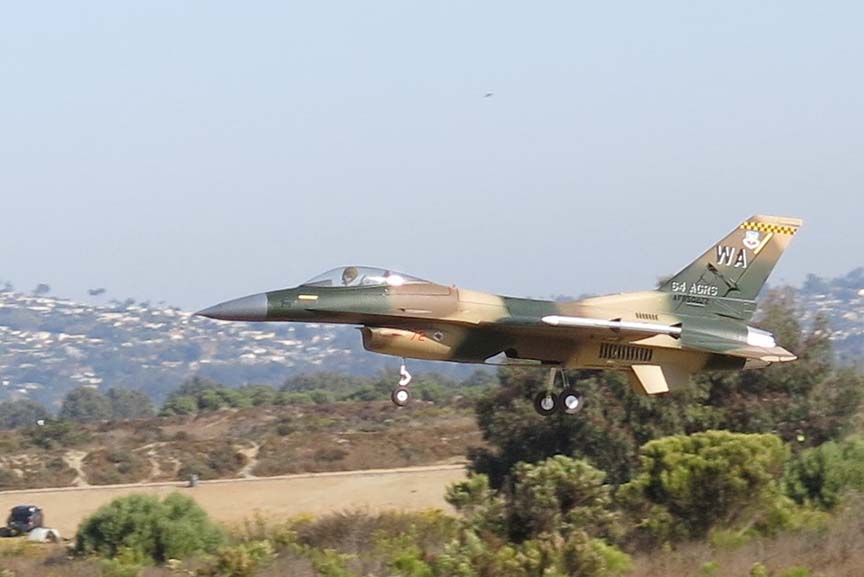