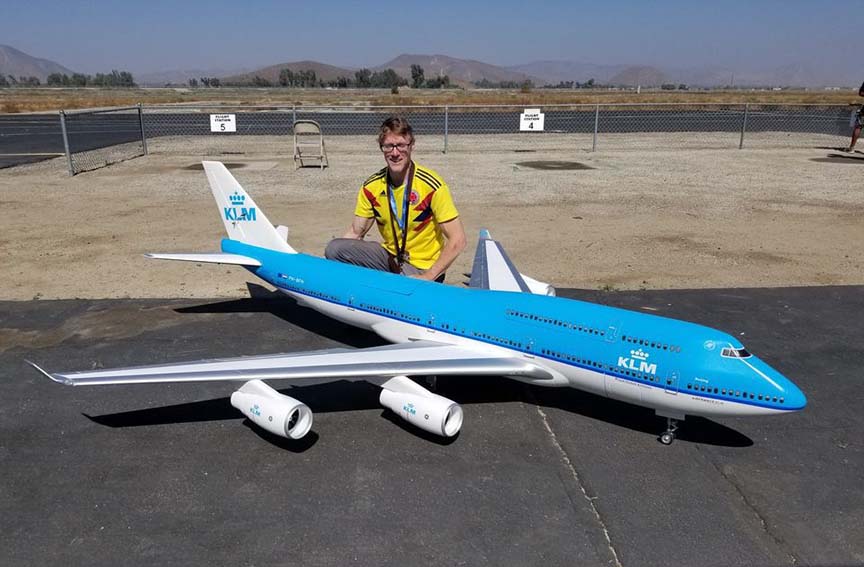 The plane is from HSD Jets, and runs on four 90mm fans.  I fly with 4 batteries of 6S x 5000mah. The length is 118 inches, and scale is 1:23.  For comparison, attached is a photo of me standing next to the fuselage.
This plane is easy to control in the air, but difficult on the ground.  The nosewheel has very little steering authority, and there are brakes on only two of the 18 wheels.  So that’s pretty close to not having brakes.  I first flew it up at Hemet, and even there I over-ran the end of the runway.
Then I took it up to the “Best in the West” jet rally.  This takes place on a 3300ft runway, so I was able to complete many flights with no problems.  It was super popular there, even though it is not particularly large or expensive by BITW standards.   The first BITW flight was captured in this video:
https://www.youtube.com/watch?v=nbjcZ_yf0v8
I ended up winning two trophies at BITW, “Best EDF” and “Best Civilian Jet” (photo attached).  I would like to bring it to SEFSD sometime, but I think it requires some modification to do that.  Thrust reversing on two nacelles would do the trick, but I’m not sure I will get around to it any time soon.
Mostly I just flew docile flights, although after a few I got a little braver and did several banked passes (45-degree-ish partial knife-edge) along the flight line.  And on the final flight, I managed to sneak in a barrel roll.
Thanks to Bob Stinson for helping me schlep it up to Hemet for the first flight, thanks to Victor Shamulus for the video, and thanks to Andy Davis at HSDJETSUSA who fedex’d a replacement servo to me the week of the event, which enabled me to fly it at Best in the West.
Thanks,
-Mark 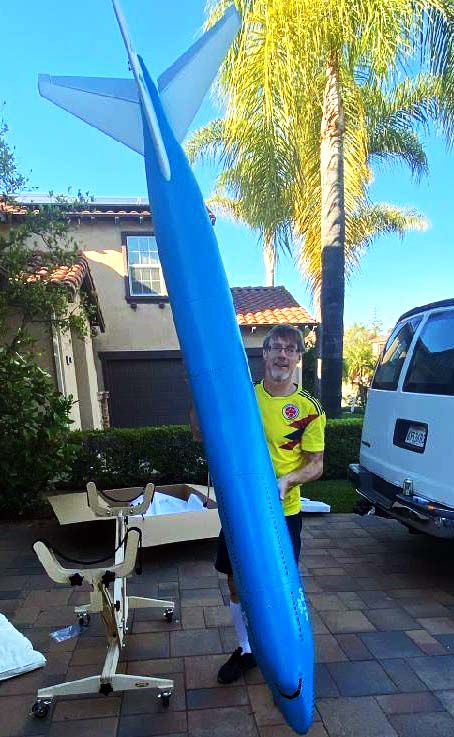 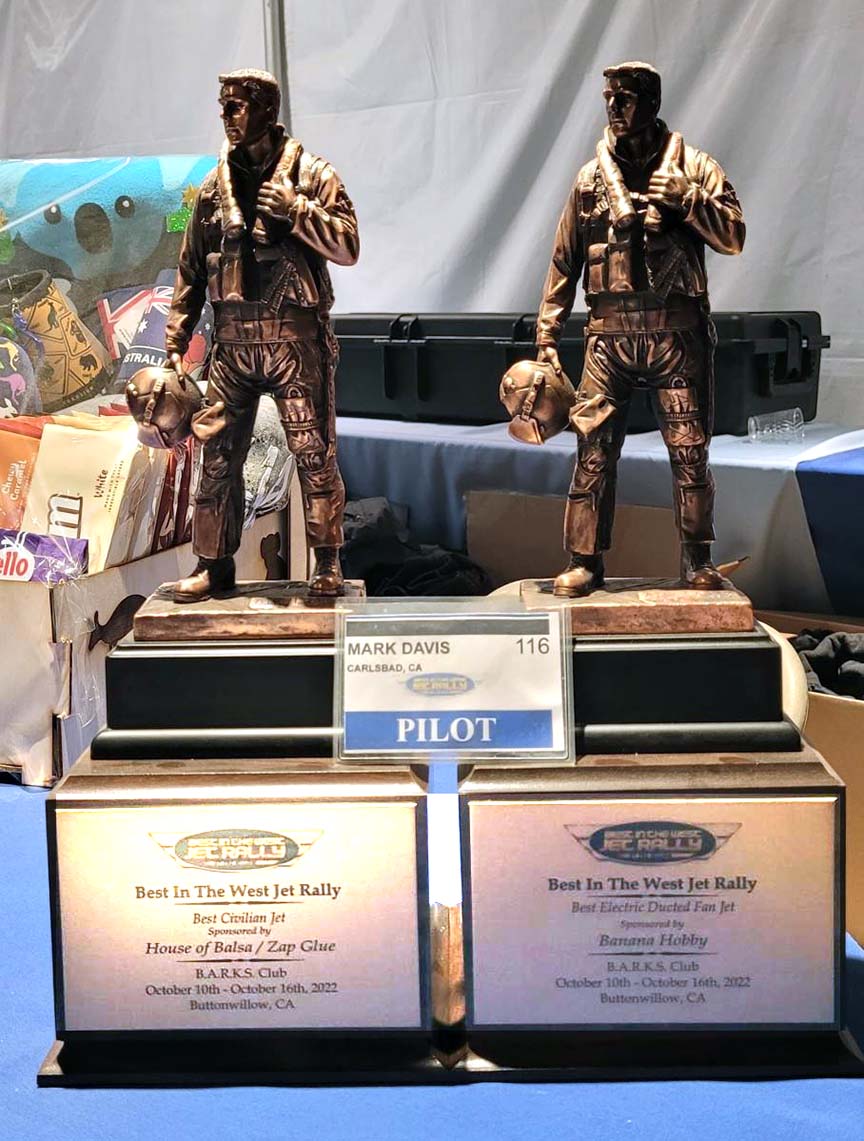