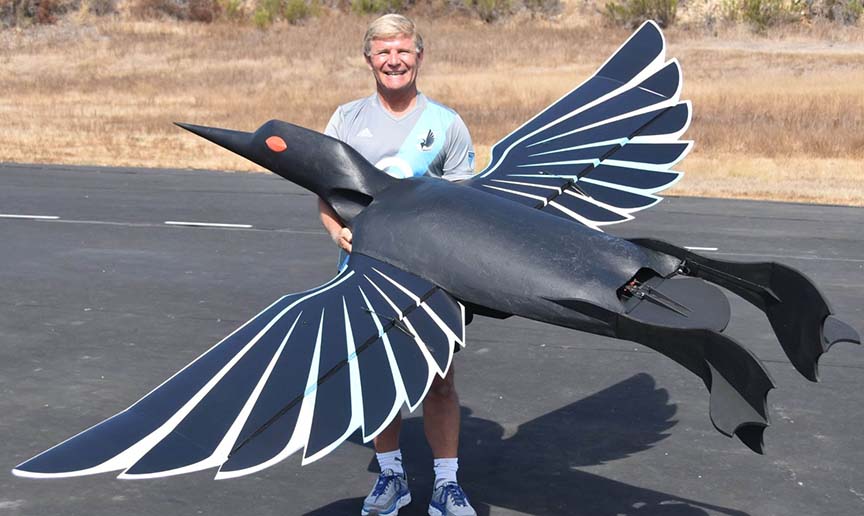 Flyguy Promotions received a contract from Wide Angle Group in early June to produce a 10 foot flying Loon based on the Minnesota United Loon logo. The Loon was flown as part of the Major League Soccer (MLS) pregame covered by ESPN. Mike Frandsen, Bob Simon, Dave Encinas and Otto Dieffenbach built the Loon in 5 weeks with first flight on July 10. Emily DeJoode, Manager of Ampdraw Hobbies in Encinitas joined Otto as his far corner spotter for the performance. Three rehearsals and the performance flights were flown on August 8, 9 and 10. FAA and FBI approvals were obtained prior to flight operations.

The performance and project were considered great successes by ESPN, MLS and Minnesota United.