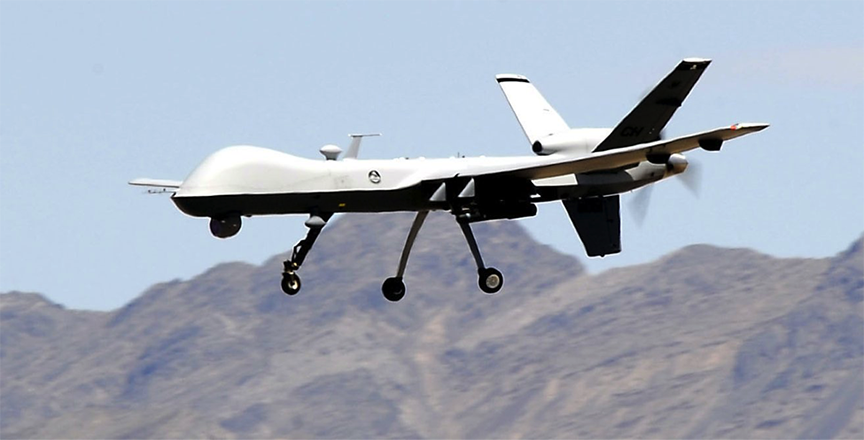 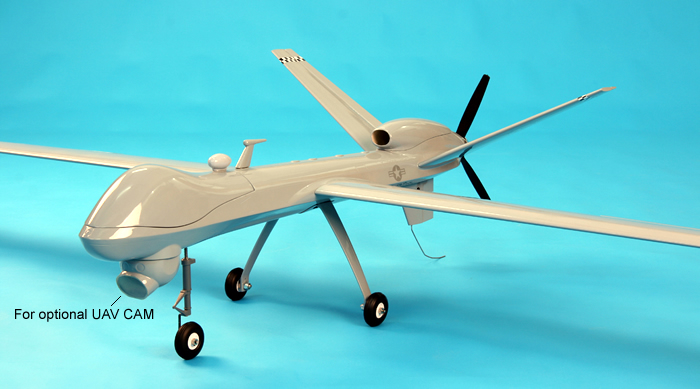 I have been working on an MQ-9 UAV (top) R/C model. It started with a Nitro Planes model kit (above).

Yes, It has all of the standard Chinese good and bad that has been talked about (Ad nauseam) but it is a starting point.  For this report though, I had to fabricate some scale pieces that had to be custom made. In this case, it is the elevator and rudder servo fairings. This aircraft has no hydraulic systems, for control actuation it is all electric servo control just like our models! 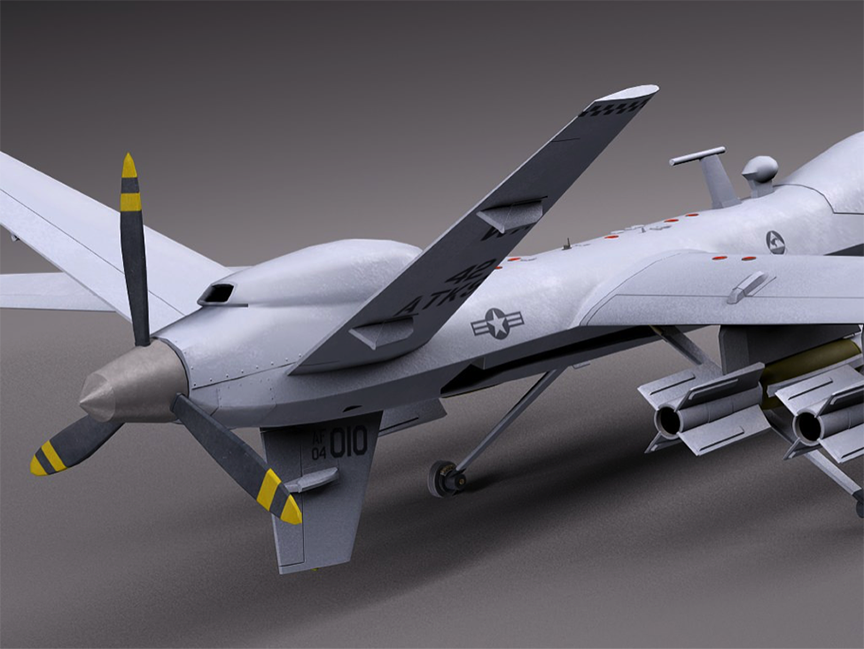 Please take note as to how prominent these covers actually are. They are a visually defining bit of the overall look of this scale model. As a bit of technical information also note that there are two servo covers per elevator. This is the double redundancy of this control. There are 4 electrical elevator servos per aircraft. Note the single rudder servo ( no redundancy?). The Vee tail can, in case of a rudder servo failure, make it back to base with just the Vee tail authority. There are a lot of engineering trade-offs on this aircraft.

All control surfaces are multi redundant and electrically powered.  Servo covers are an important scale feature that should, in my opinion, be addressed.  To that end, I vacuum formed my elevator covers in a really simple way that I found on ( where else? ) You Tube. Here is a picture of the result.

I used a 10% scale 3d printed model servo cover for my 8% model because that’s what I had. This is close enough as you can see by the slightly more trimmed back plastic final result . 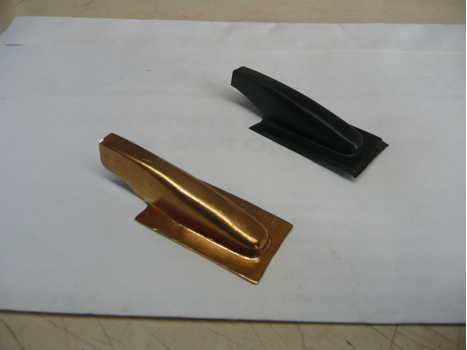 For the vacuum forming platen, I used a tin can, a shop vacuum, a heat gun, and plastic bowl that I had lying around. 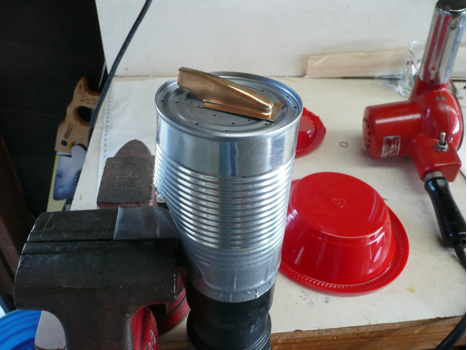 I pinched the can to fit the vacuum hose and to clamp into the vise. Duct tape took care of the air seal.  I just drilled a bunch of holes with a 1/16” drill and that is about it. Check out my really nice brass form.  This is as simple as it gets. 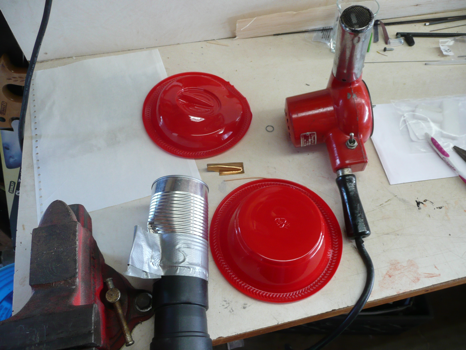 This picture shows the set up and the before and after heat-gunning the plastic bowl.  Try to keep the heat in the center of the bowl and the rim will provide a bit of a stable “frame” that help with the vacuum seal around the edge. 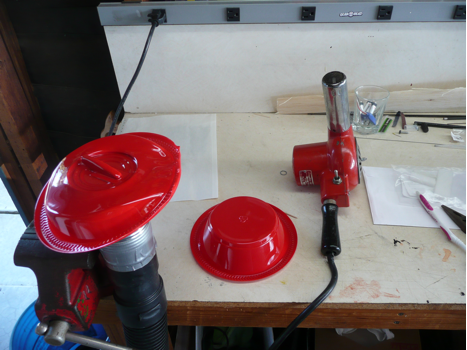 I just heated up the center of the plastic bowl and turned on the vacuum and pressed it onto the can/vacuum former. That’s it !  Be ready to scrap 50% or so until you get “ the feel for it” But, at 8 cents a try, well ….

So for a few minutes of work I have my 4 servo covers and I’m ready for paint. I hope this inspires.  Some of you to try this super simple, super quick, cheap, vacuum forming technique

I tried a few improvements, and here are some pictures.

I went to party city and purchased some grey plastic plates because they are easier to paint to match.

Bridge and cut itself off (and pop a vacuum leaking hole) at the back edge of the servo cover mold.

The last tip I can offer is to continue using the heat gun after applying the vacuum.

You can really improve your success ratio with a little bit of well placed heat.

Well, that’s about it. It’s pretty easy , cheap, LIGHT, and makes a big difference in the visual effect of a scale model. 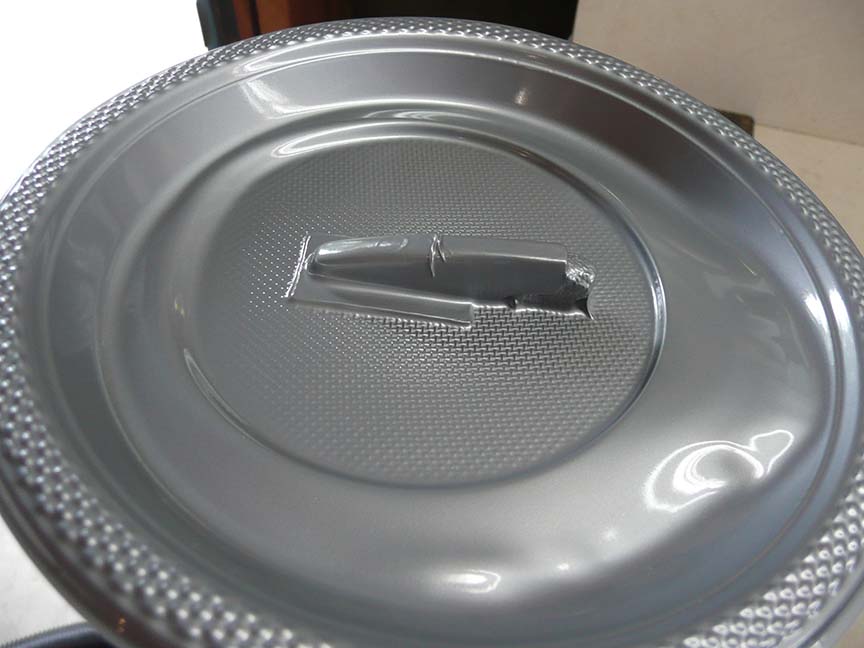 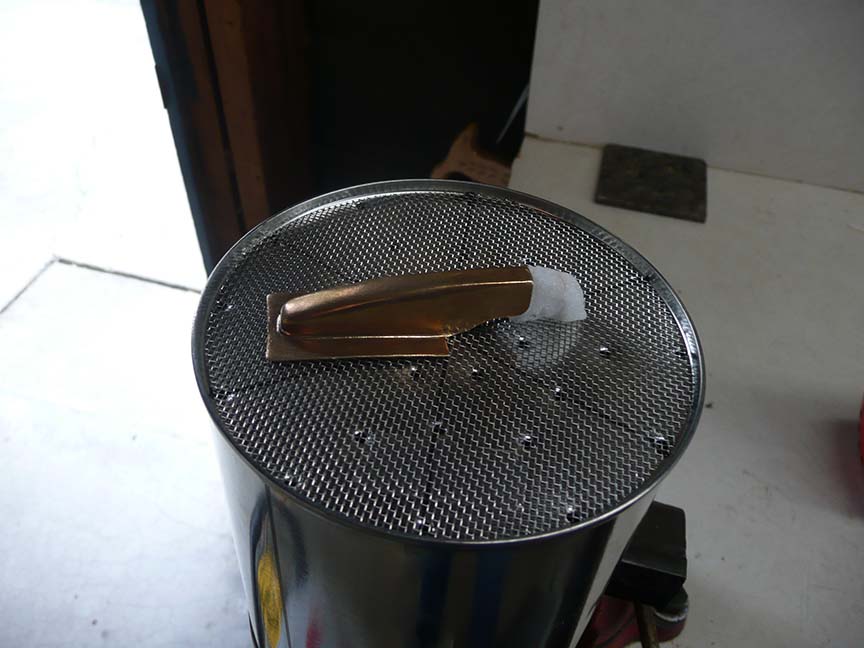 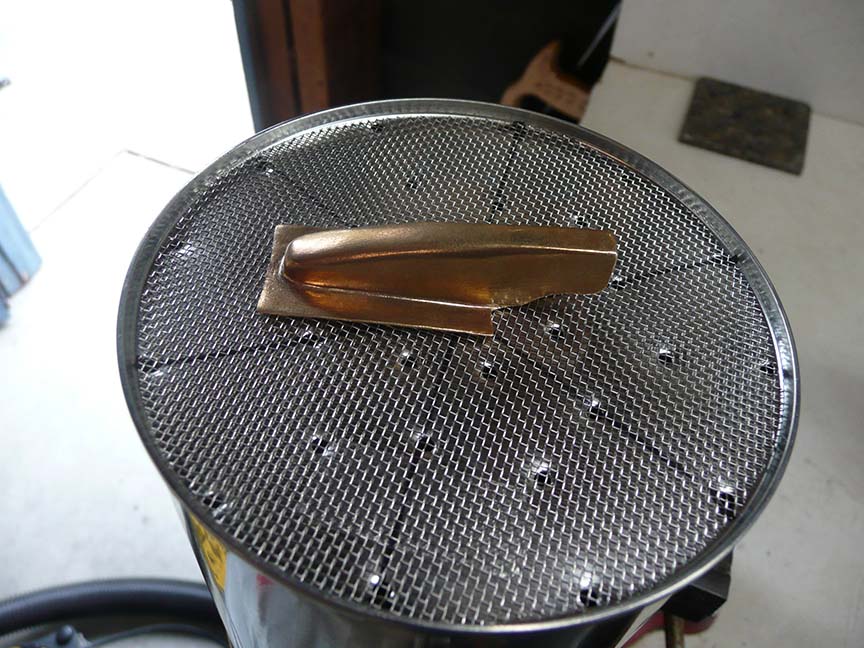 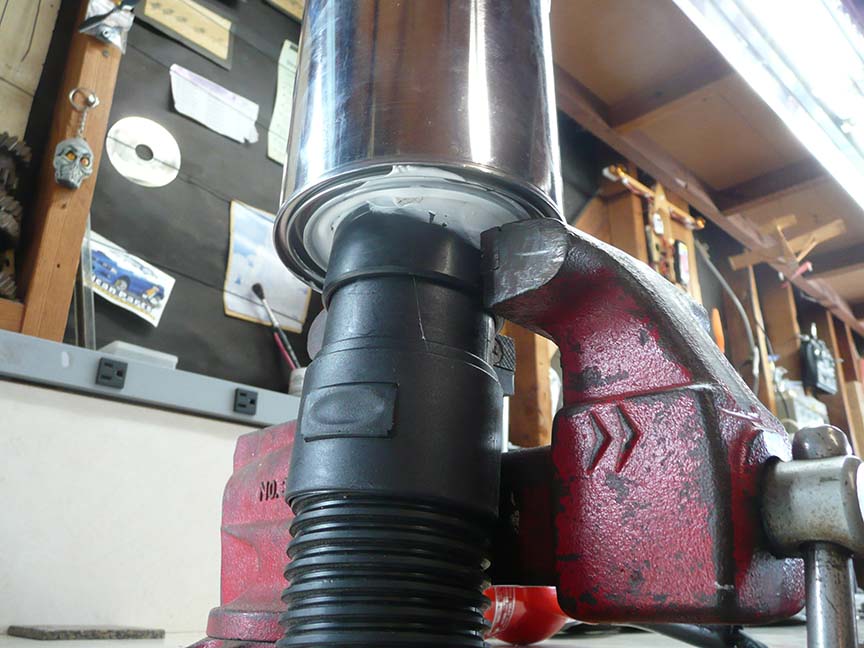 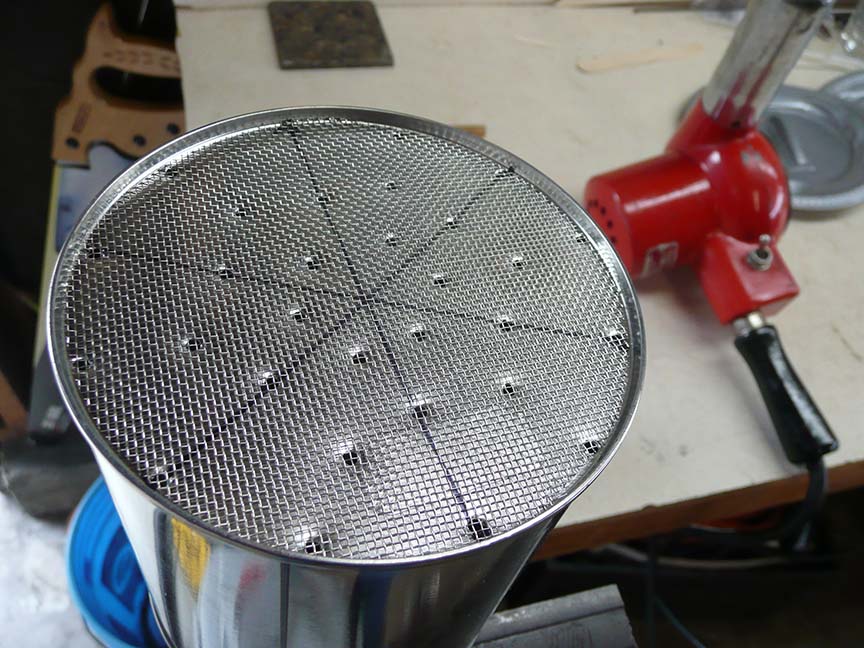 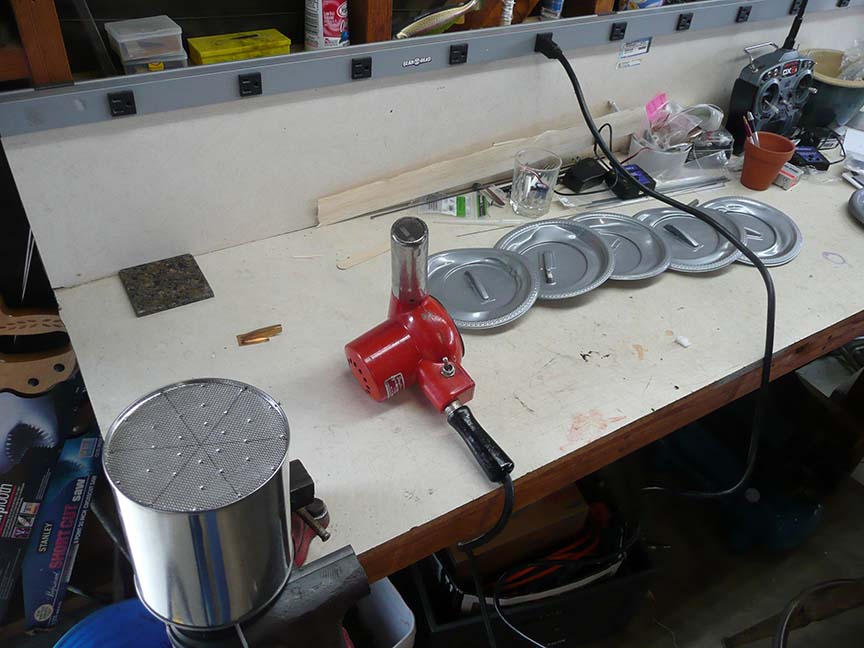 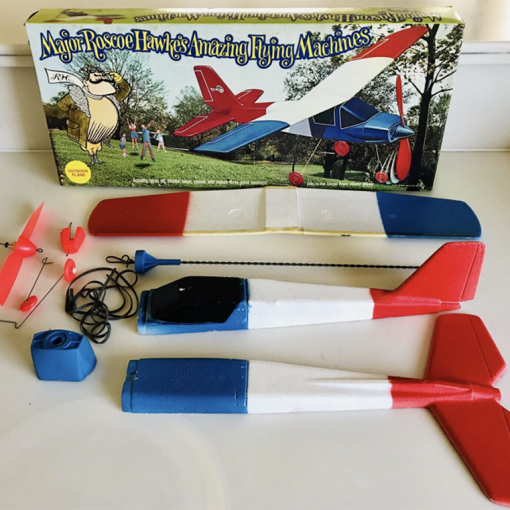 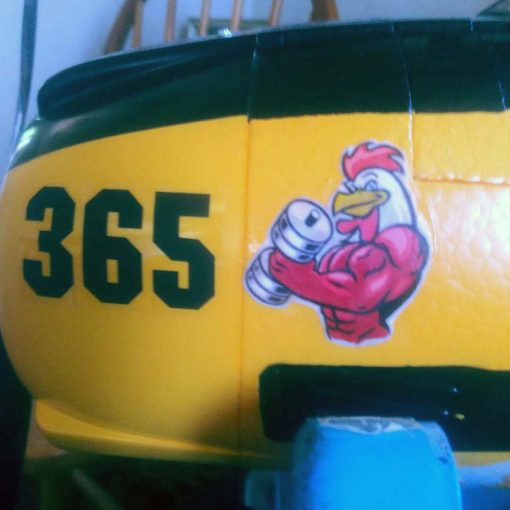