Since, Jeffrey was doing the computer scoring. Tim suggested we do sequence level backwards as Advance 1st and Basic last. Tim Attaway flew his Advance 1st Round nice, tight, and precise without any zeros while preserving a 10cell 5000 pack flying the full two sequences without changing batters!  Dang man!

Jeffrey went up flying Advance better than IMAC at Coachella earlier in March of this year from 268 to 764 avg.

Sportsman class was the heating competitive show of three highly experience pilots from IMAC and F3A’s competing against each other in EMAC comp set! These pilots muscled and demonstrated for their places with clean lines of up lines & down lines with rolls, snaps, and point rolls. This IMAC Sportsman 2013 sequence was refined by our previous World Class Southwestern Region IMAC Director Tim Attaway, himself! It’s more challenging than 2012. Great Show guys!

As Basic Division began, the weather started becoming spookier with higher winds, and light rain. Pilot Diffenbach flew his Slow Stick impressing the judges every maneuver for the 2 sequences. Forester step-up and demonstrate Basic Class better than I have seen in the past EMAC contests. At this point, Basic Pilot Scharck decided the weather was alittle to extreme to be flying his contest round.

The 2nd Round of EMAC was Canceled due the weather. 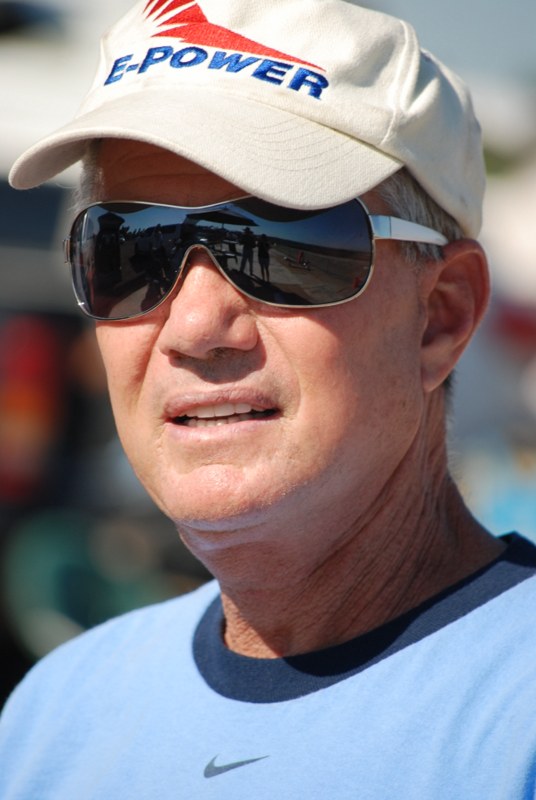 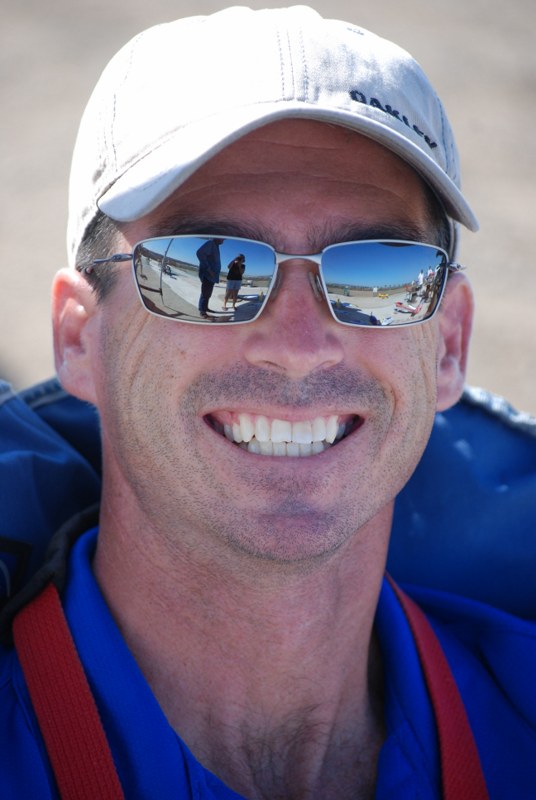 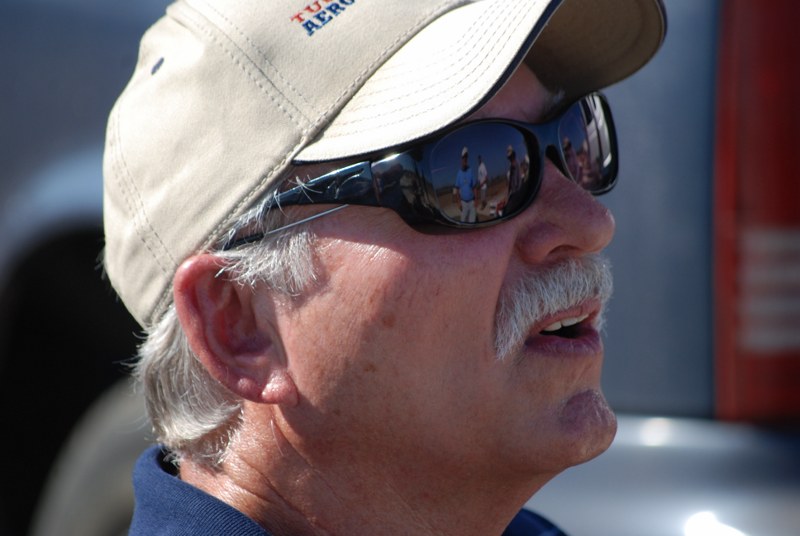 Craig Hunter kindly fired up his computer and entered all the scores, so here are results of the First EMAC contest held Feb 18.  By the way, each pilot’s lowest sequence is automatically dropped, so a “3000” is a perfect score for the day.

I observed these guys fly, and it was windy and the maneuvers were challenging. I would say that on this outing, Steve Nelson was unbeatable!  Excellent flying. Impressive second place showing by Tim Attaway, too.  They were both piloting the Extreme Flight 78” Extra model, so I guess I should run out and get one of those!  ( Oh wait, I forgot, I have one already……….maybe it’s not all about the plane…..)

Pedro Brantuas unveiled the new (to him) Déjà Vu pattern plane that he was still trimming.  Very nice. Steve Dente also honored the family name with his strong flights, especially in the morning session.  Howard Pilcher flew the Advanced  particularly well, considering it was his first time ever doing that sequence!  He literally worked it out in the parking lot before the contest.

Steve Neu was deadly accurate with his sleek PassPort pattern  model, but out-of-town “celebrity” guest Dan Napier represented 3D Hobby Shop well with a strong second place showing.  Mark Bidar hadn’t been flying much, but look at how his scores trended as he warmed up…each one higher than the previous. Steve Belknap succumbed to the gale force cross wind and squeaked out a third place. Jeff Kuehn says that he is working on a new contest plane in the 2 meter category, so watch out for him at the next event.

Rob Anderson from 3D Hobby Shop drove down from Way Up North (…well, Orange County) and out scored our own Ron Schark and Frank Gagliardi to take the win in the Basic Division. Congratulations to all the flyers, and thanks to the original founders of these EMAC contests: Steve Dente and Tim Attaway.

If YOU would like to get involved, talk to Steve, Tim, or to me for more info.

Next EMAC contest is set for Saturday April 21, which coincides with a general meeting at the Sea World field.  Hope to see you there!

See the results of the last EMAC for the 2011 season here. 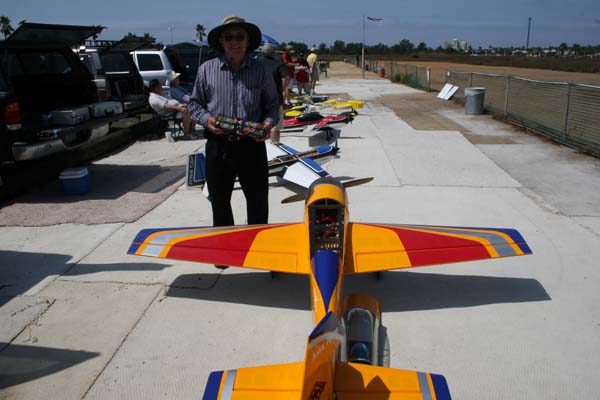 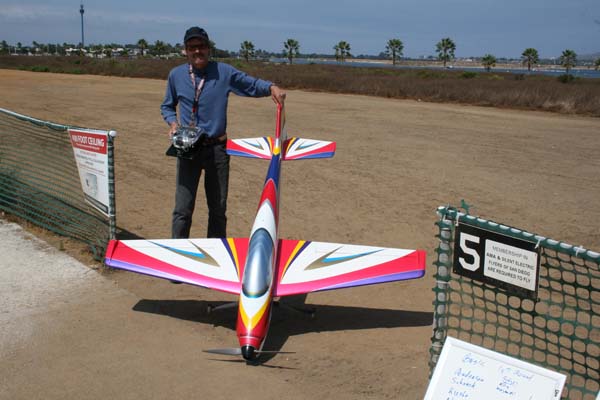 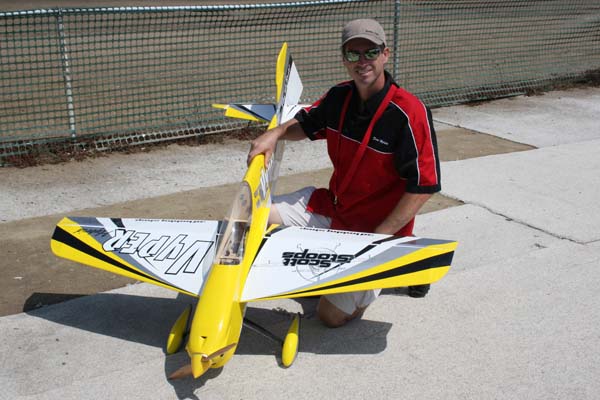 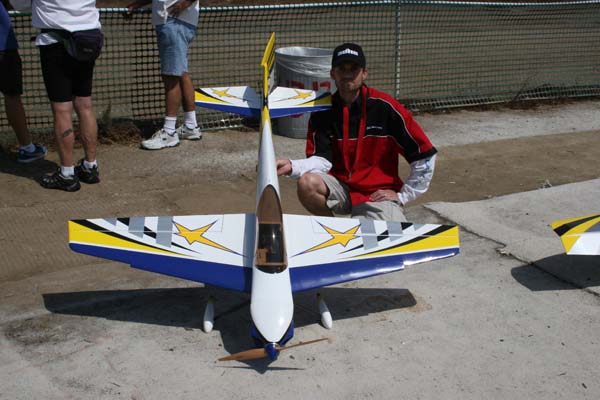 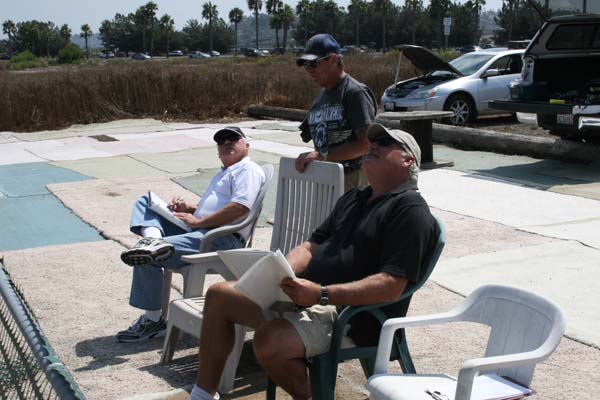 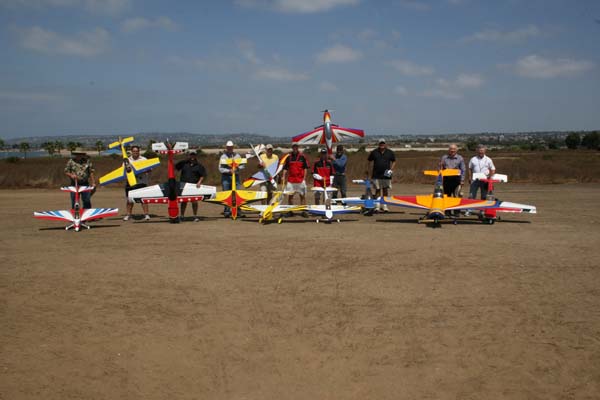 Please see the results of the June EMAC here. 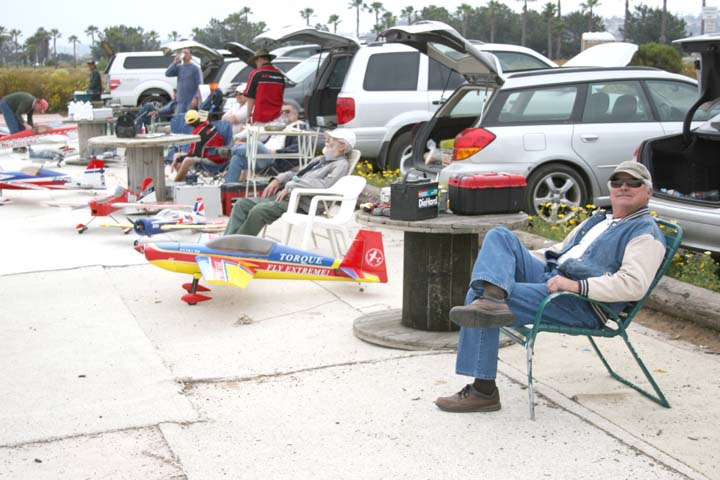 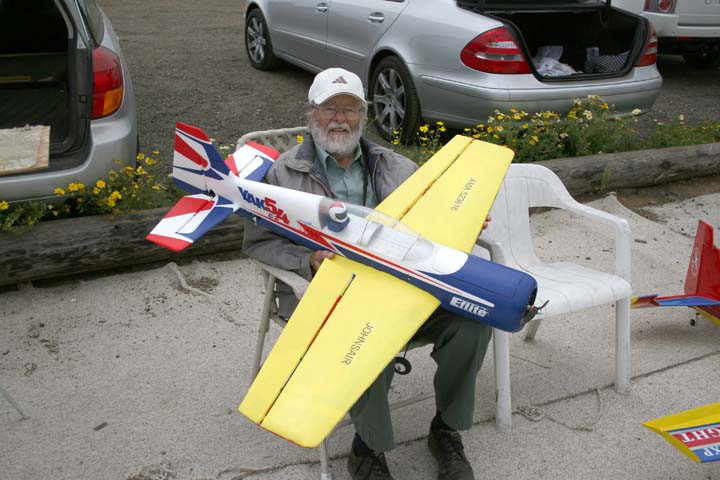 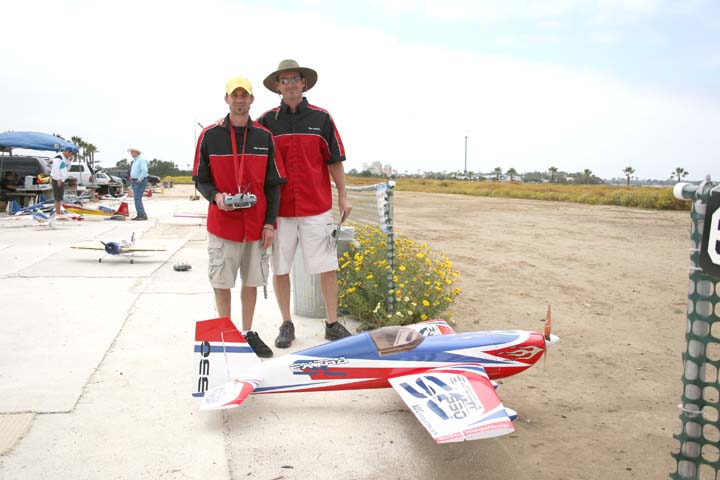 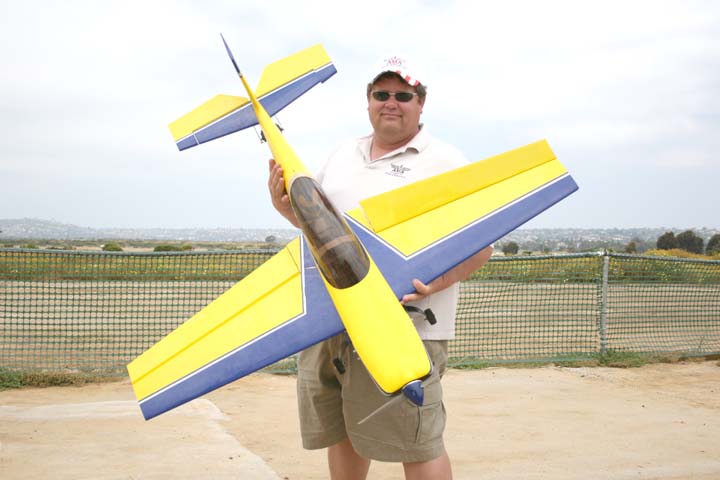 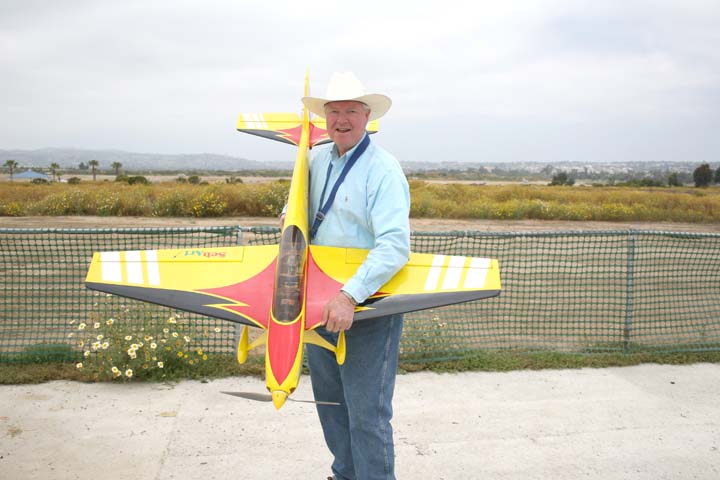 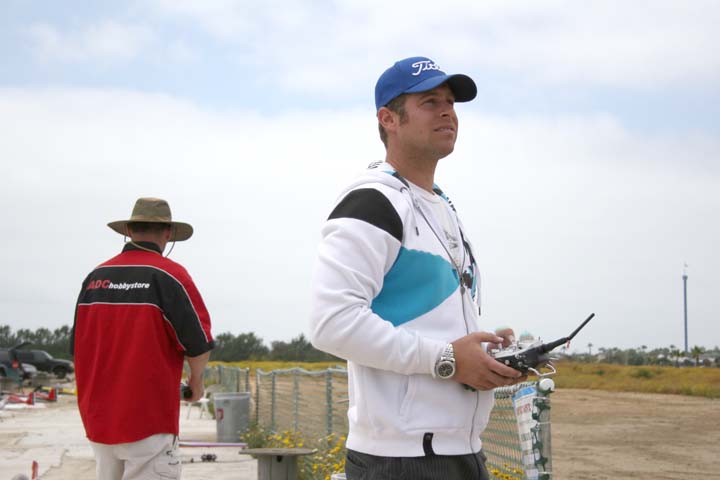 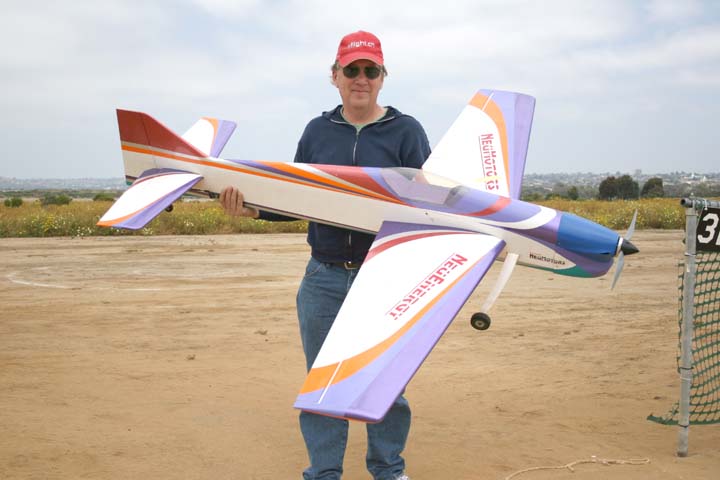 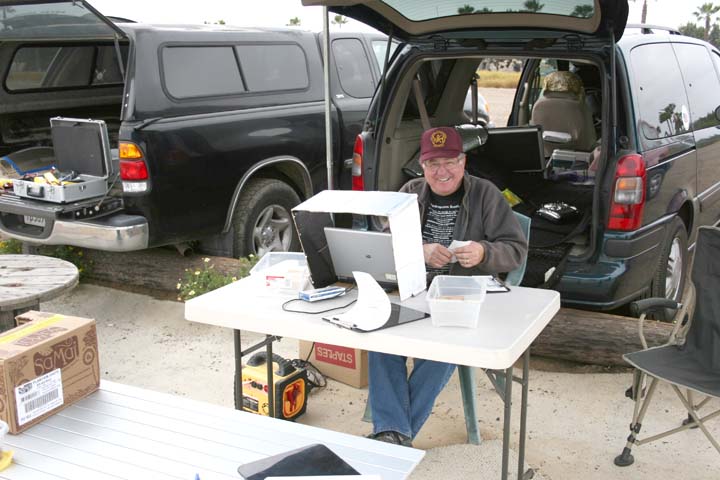 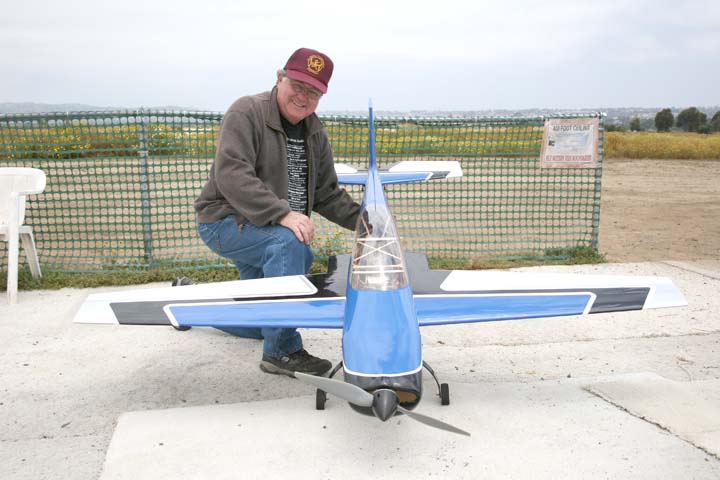 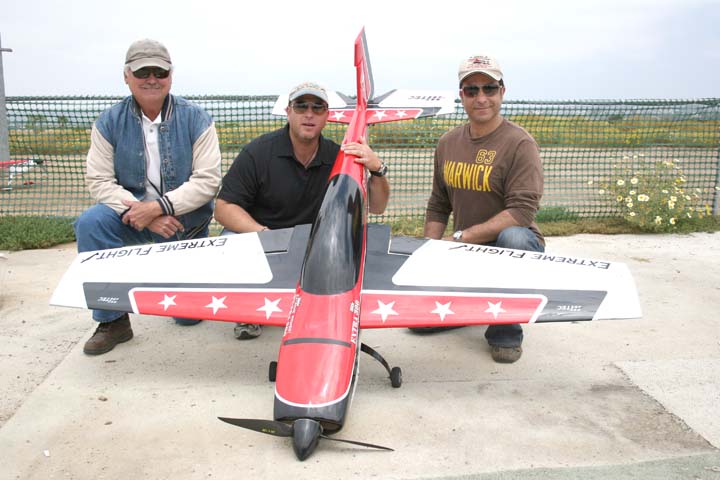 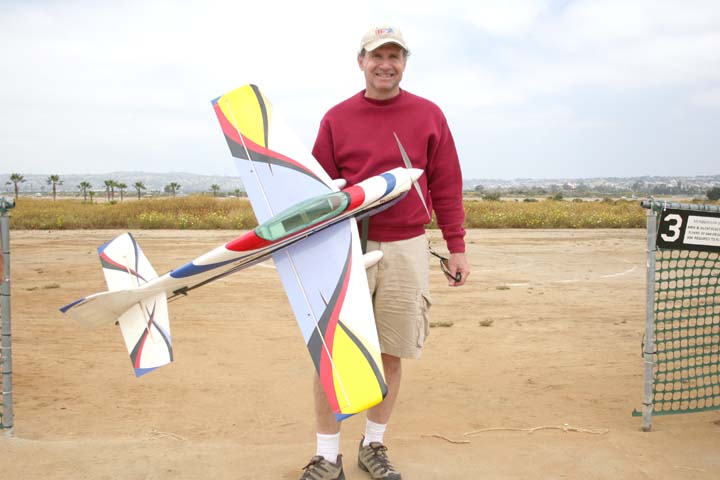 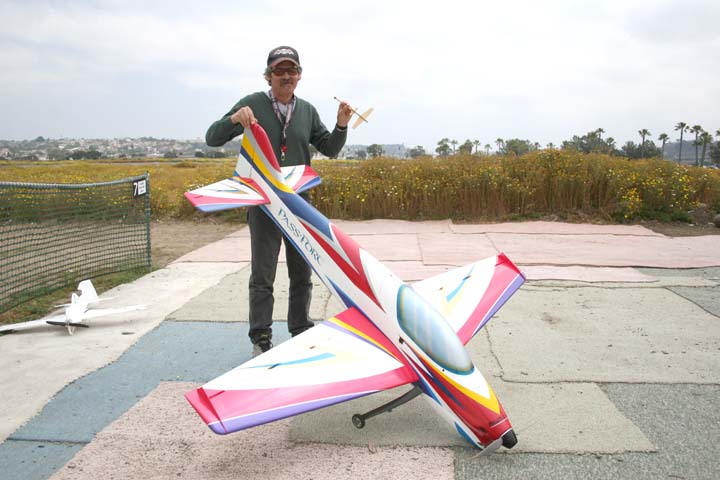 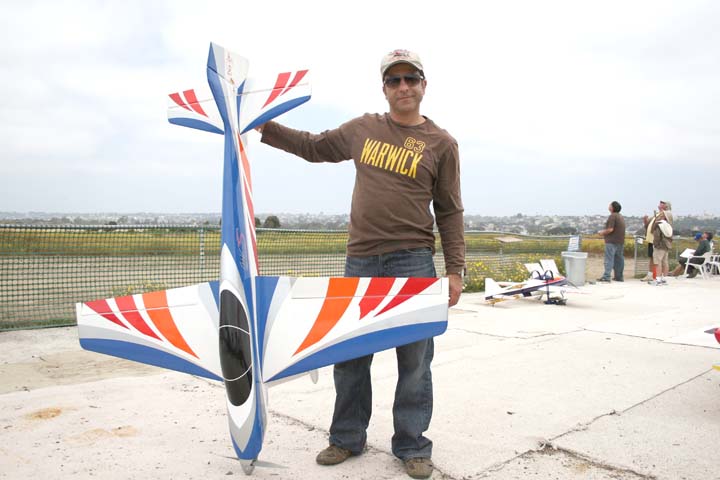 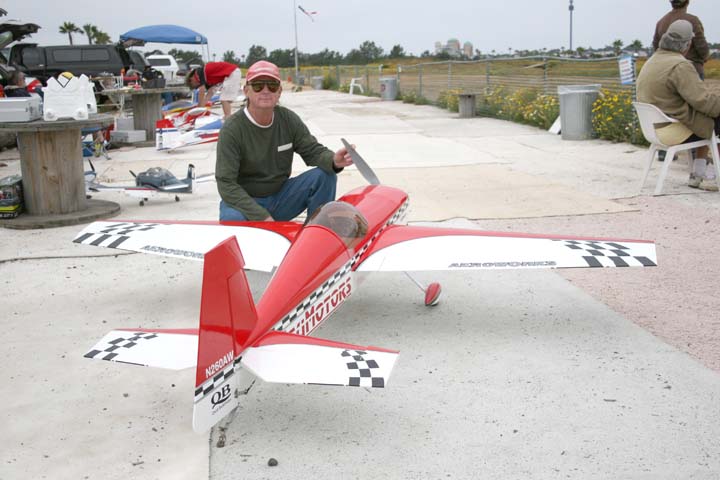 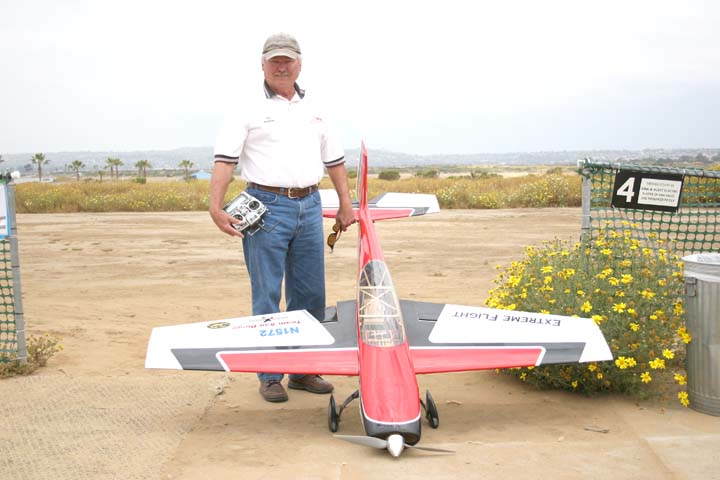 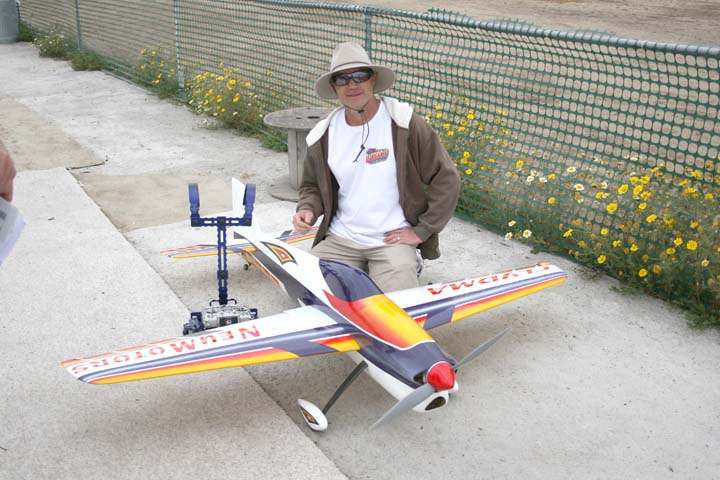 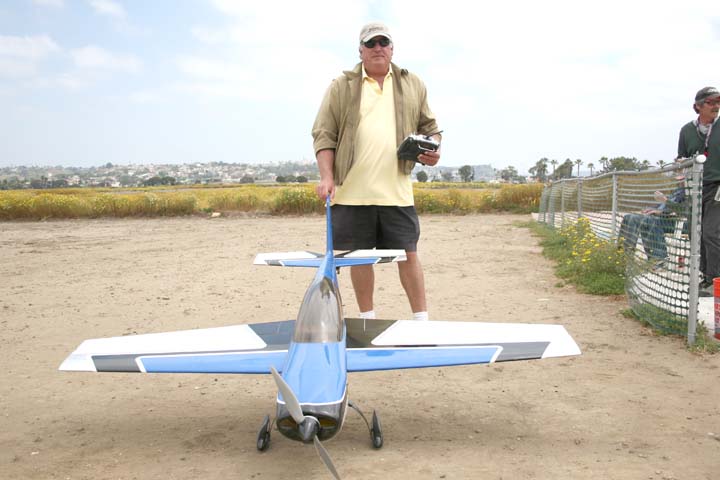 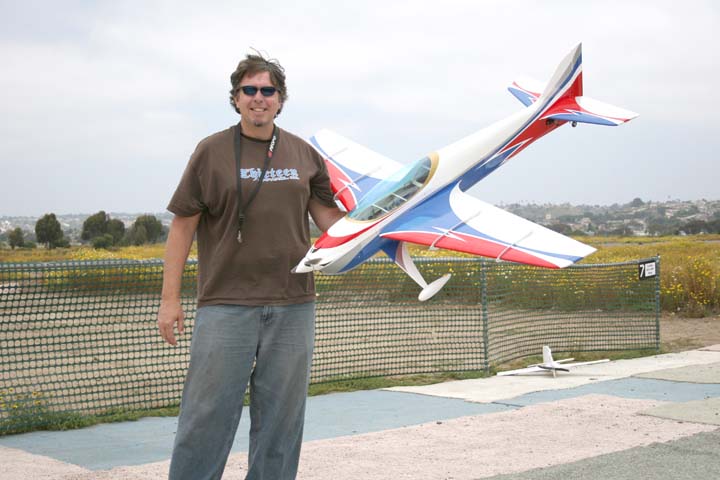 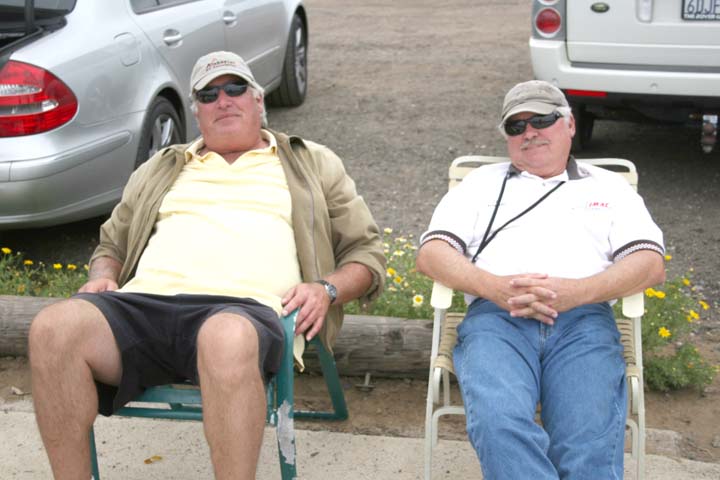