With clear skies and a very light breeze, nine pilots got their gliders up on the first launch. Wind conditions were so light, the lift was hard to find.

All pilots had short flight times except Alex Sutton who found a narrow column of warm air rising just north of our runway. Alex was able to milk it out for a long flight of 9:26 minutes and pick up a 10-point landing. The second place flight was 2:53 minutes long and flown by Scott Vance, picking up a 20-point landing on return. Third longest flight was from Deric Knight at 2:38 minutes.

The large difference in the flight times between Alex and everyone else on that first launch, points to his skill as a glider pilot.

Second launch had a mix of pilots trying to find the lift where Alex had flown and others trying at the western end of our flying area, near the boat ramp parking lot. The lift was now even harder to find.  Bob Anson had the long flight at 4:30 minutes with a 20-point landing. Bob Stinson was second at 3:52 and a 30-point landing. Dennis La Berge and Deric Knight both came in third at 3:30 minutes, with Dennis picking up a 30-point landing.  I must confess to causing a mid-air collision and taking out Stephen Treger’s vertical stabilizer. He was able to land off field with no further damage. With a little CA glue, Stephen was able to compete in the fourth launch.

First place finisher for the day was Alex Sutton with 190 points, Second place goes to Scott Vance at 175 points and third place was won by Bob Stinson with 159 points.

In totaling up the monthly points for the top pilots for this year, Alex Sutton came in first place with a total of 1140 points. Scott Vance was second with 979 total points and I was third with 741 total points.

We held a prize raffle for all this year’s pilots, with three pilots winning $ 100.00 gift certificates redeemable at Discount Hobbies.

Thanks to all Electroglide pilots who competed this year, it was a lot of fun. The Electroglide will be on vacation for November and December, returning to active competition on January 15th.  First launch at 10:00. 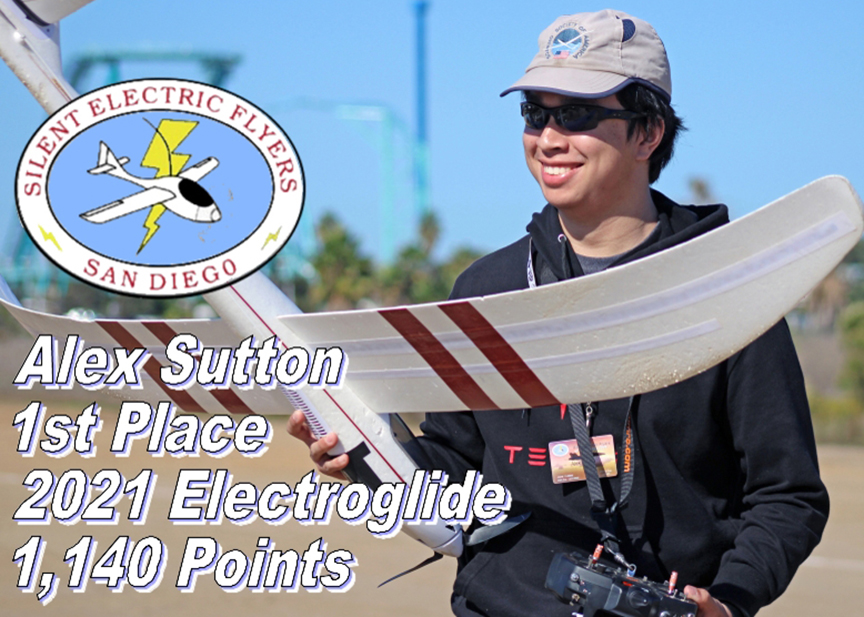 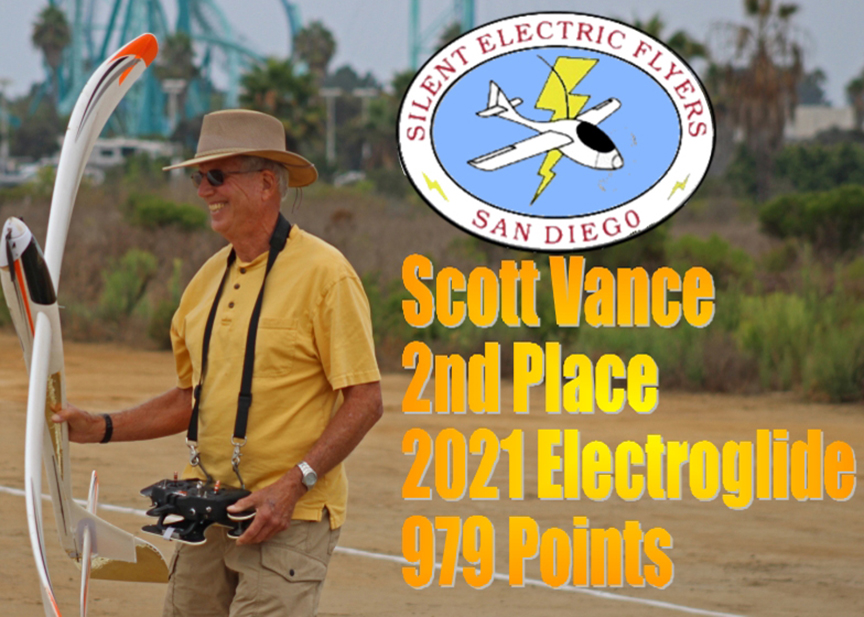 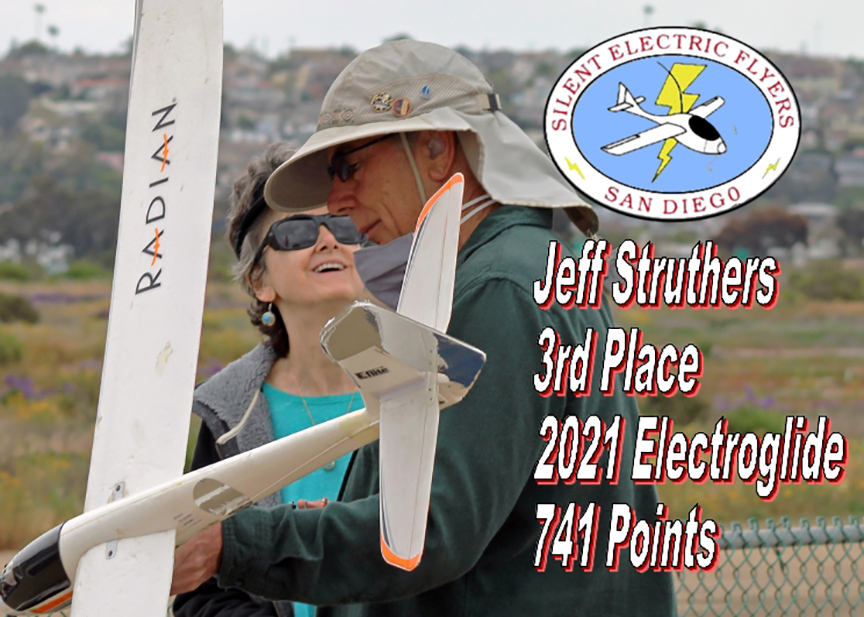