Grey skies were not the concern of the day, even though we had them.  The early concern was fog.  The overcast was nipping at the top of the Sea World tower and we did not have visual of the upper half of Mt. Soledad. Pilot meeting advise was that at anytime you can come out of power during the climb if you are nipping at the base of the marine layer.  At the end of the first launch, it was evident that we were not going to have any problems as the layer was starting its retreat for the day.

All 4 launches were able to get done without keeping the EMAC guys from doing any flying.  We were done and they didn’t begin for another 40 minutes after we finished.  Its nice to see different groups getting what they want from the field on the same day without schedule conflicts.   We did have a couple of incidents of note, both in round 2.   John F. lost control and put his plane into the pit area,  and Carl C lost visual of his plane, and put his in downwind. Carl had crashed, but he was actually watching another airplane and did not realize he was not flying the plane until the one he was watching had made its commitment to land, and he got visual that it was not his plane.  Both ships were fine to continue on (and did), but this is a reminder that we as pilots, are responsible for the safe operation of our airplanes.  If you are having trouble and are headed into the pit area, you need to sound off, and alert the other pilots of the problem.  There is lots of time to shout out “HEADS UP”  or “LOOKOUT” or “INCOMING”.  Any audible clue you can give  that there is a problem is greatly appreciated by all.

Carl’s plane was returned to him in time to get to the line for the 3rd launch,  which is where he started getting points.  Stay in visual contact with your airplane and if at any time you are not sure, do an abrupt movement like a quick pull up, or a rudder wag  that will ensure you are looking at, and flying the correct pane.

I personally again went too long for flight #1,  flying 10 minutes, 7 seconds for a ZERO ZERO.  The first flight is where everyone got their longest times of the day,  so for me,  missing that score hurt badly. Bob S and Norm A had 9:53 and 20 points for round 1.  Those were the marks to beat.  I was the last one up, but went too long,   I really got to learn to come in sooner!

The rounds got progressively shorter with the lift bubble turning into a sink hole.  Across the board averages were 9 minutes for round 1,  7 minutes for round 2,  5 minutes for round 3, and 3 minutes for round 4.  After the round 2 excitement, 3 and 4 were incident free.  Make note of the Radian scores for place finishes.  ALL ABOVE  240.  The bar is clearly set pretty high by the trusty Radian.   A great plane, with a dedicated pilot can clearly pull more than its own and perform with the best of them.

There was a new form in use today,  let me know if you liked it or hated it.   I will change the “Standard” class to read “Radian” class as that is what it is.

Let me know if there is any suggestion you have to the scoresheet as I only print enough for the expected group and can make changes at any time. 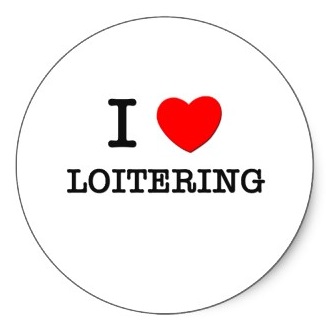 See you next month for more loitering.

For the Electroglide this last Saturday, we had a South wind at 8 mph, and a temperature around 64 degrees. From these […]