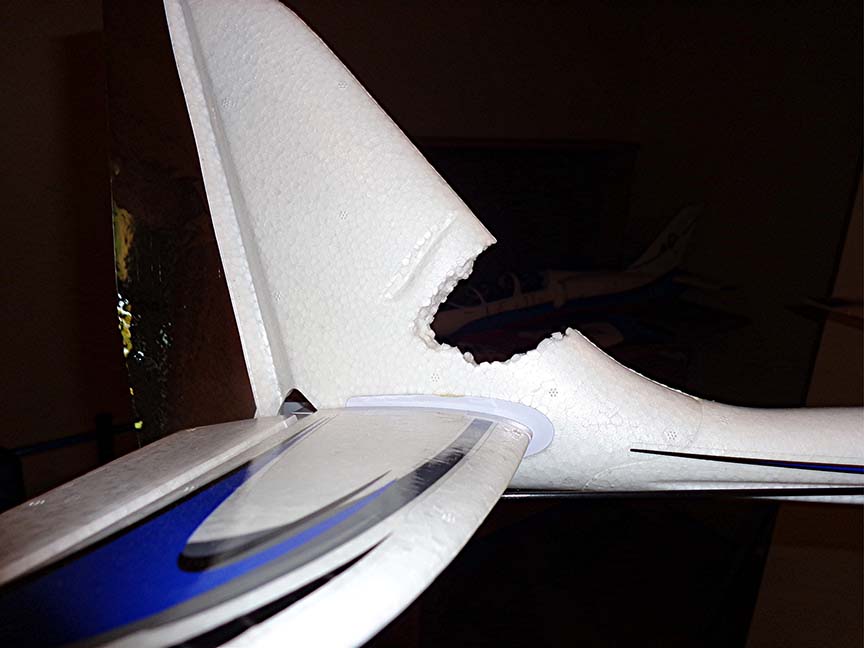 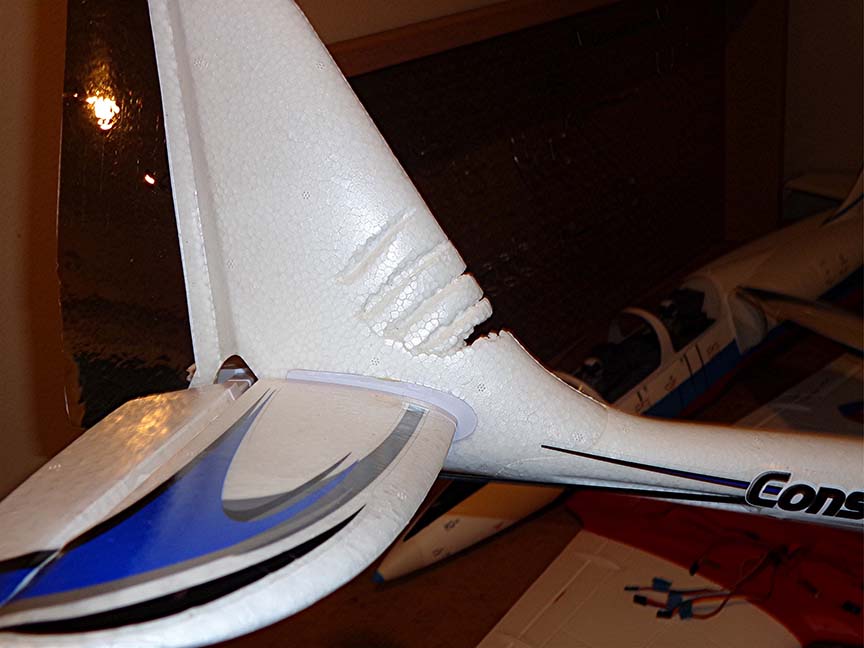 Here’s something to consider

Last Saturday during the Electroglide, I had a mid-air collision. This was during a launch where we all send our gliders up at the same time. If we all pay attention and spread out (I didn’t), we don’t have any problems.

I pulled my Conscendo into a steep climb and into the path of a Radian, also under a full power climb. It was over in an instant.

Take a look at these two pictures. The first is of the chunk of foam removed from the vertical stab of my Conscendo. The second picture is of the recovered foam pieces reinstalled into the stabilizer, notice the gouges caused by the Radian’s prop?   Like I said, it was over in an instant, we only heard one loud whack, but those five gouges are caused by prop strikes. Rather impressive damage in a short amount of time, Eh?

Now, think of your fingers.