The Good was the venue provided by the Weedwackers……….a 350′ course worked well……..
The Bad was the idea of a ground start.
The Ugly was the results of the ground start……….
When I flew F1 the a/c went off based on their lap times with the slowest leaving 1st. Thus avoiding an Indy 500 start!
We will try it again in the future……with some mods’ installed.
There will be no Sept. race…….Some of us need time to re-group and re-build!
The next and last race of the 2011 season will be on Oct 23rd at Miramar. The event lock combo’ is 7777. LOCK THE GATE BEHIND YOU…..
We will at that race discuss a possible December dinner and awards gathering. Donations will be accepted at the race. Let’s make the last race a good one with a BIG turnout!
Go Fast/Turn Left
Frank

Check out Otto’s amazing video of the race.

[Some of the “Ugly” mentioned above:

Larry lost orientation and planted his T-28 (see pic below)

Frank lost power early and broke the gear off his MUS

Bil chewed the tail off my MUS just after a mass take off.  We both crashed.  (See wreckage below)

The unsinkable Bob was midaired twice during a race and, with covering fluttering loudly, he finished well.

Frank’s T-28 was hit during a race and his right main gear was knocked off also receiving prop strikes in his wing. 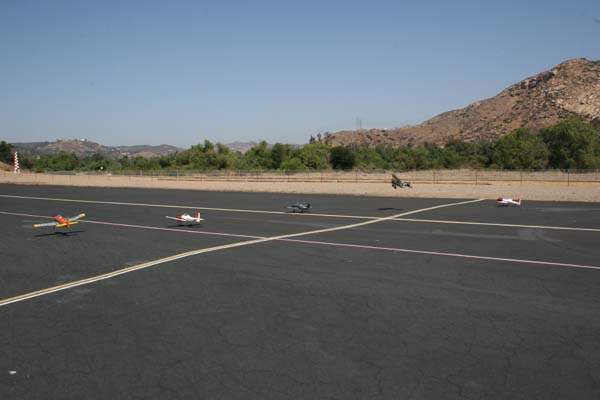 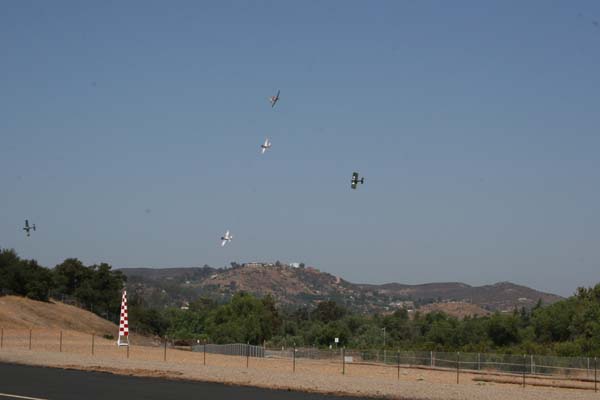 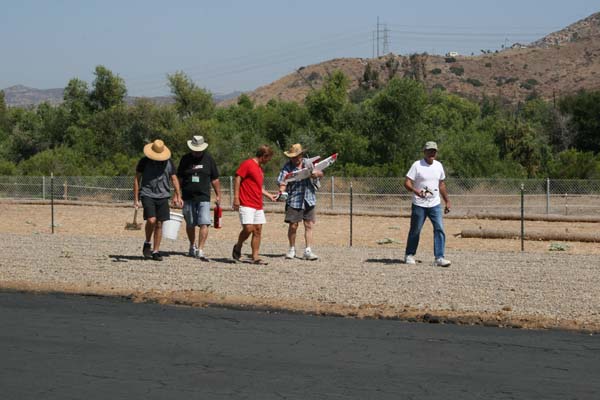 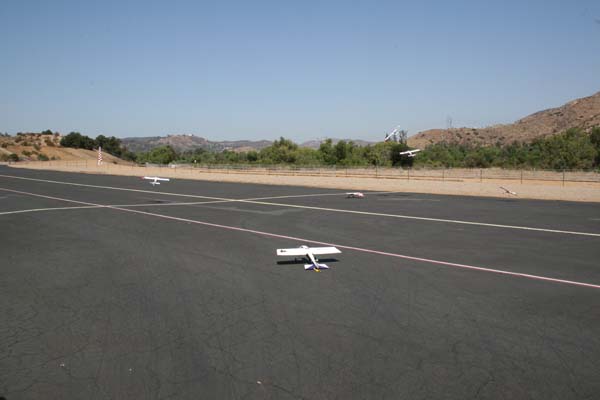 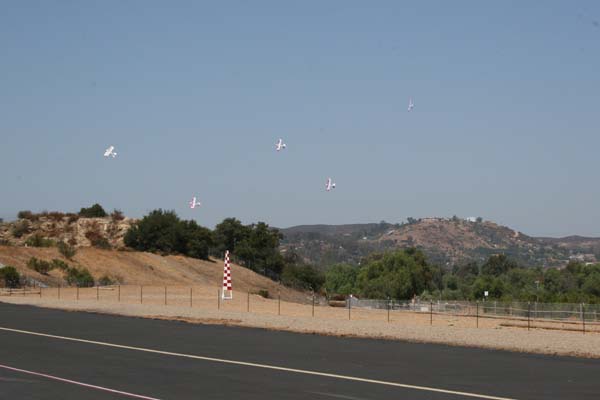 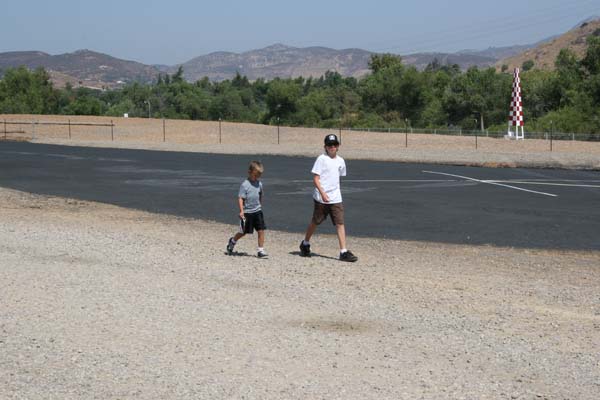 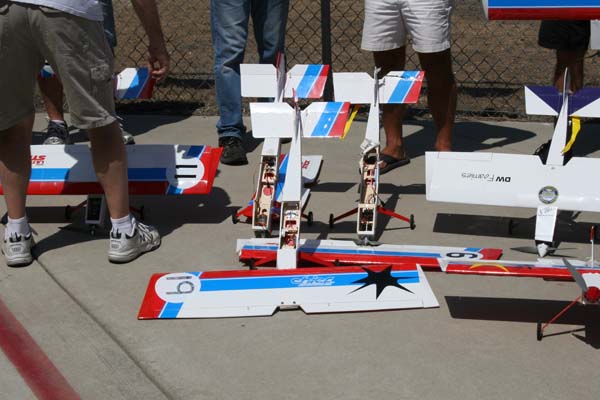 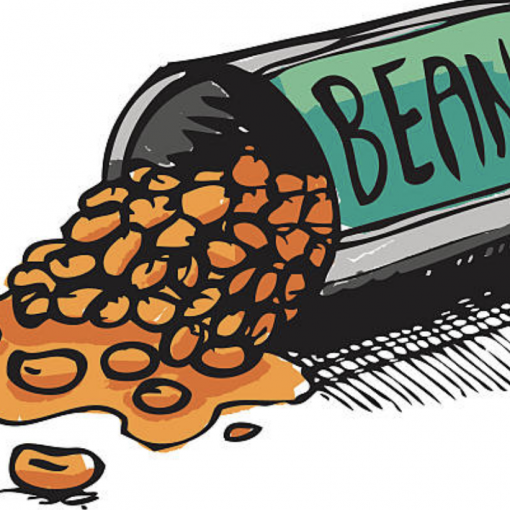 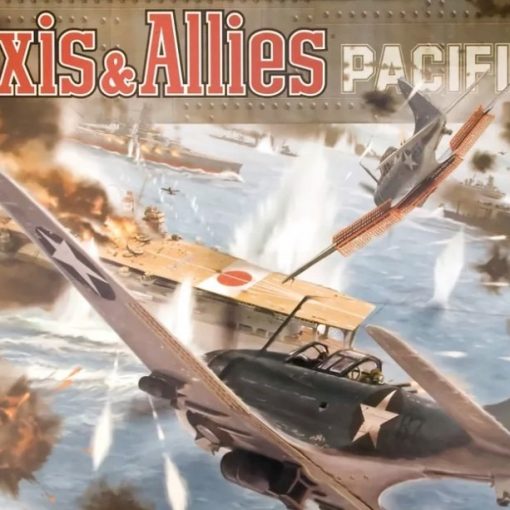 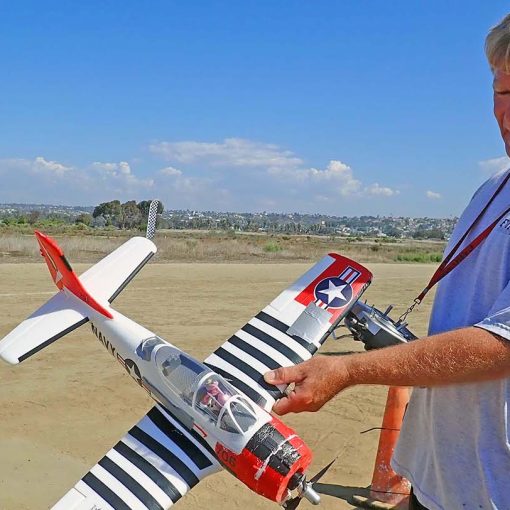 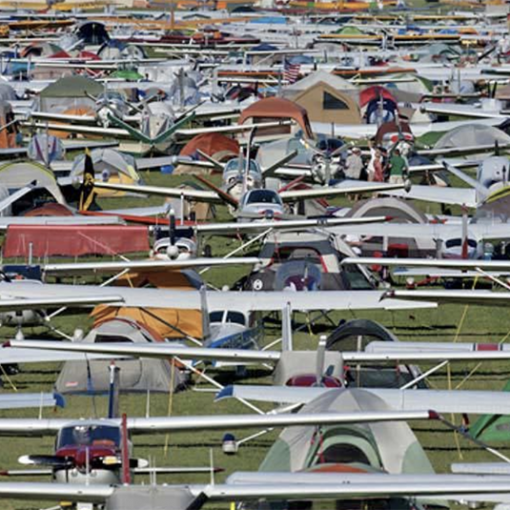