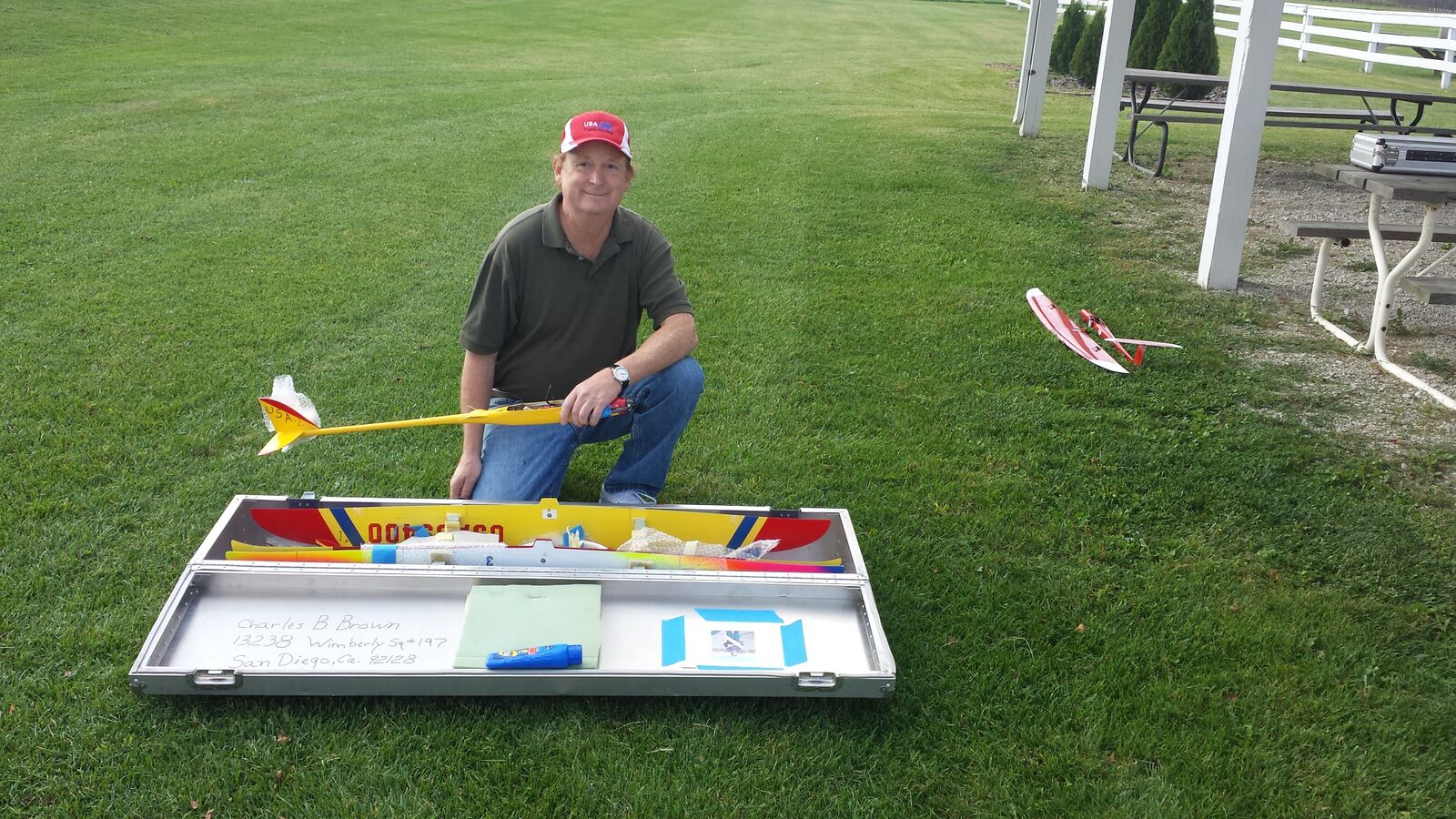 I was pleased to see fellow competitor and friend Bruce Brown arrive for some practice flying on Thursday before the racing. 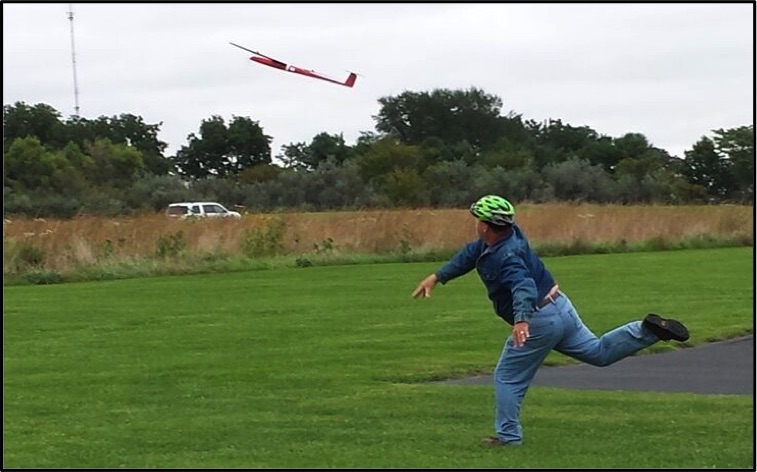 As I write this story late in October, we haven’t had rain in a month. The last rainfall we received was Thursday and Friday evenings before the race! The result was a soggy flying field in addition to cool temperatures and gusty winds (18 – 22mph). Unlike AMA heat racing, F5D is strictly a timed event where your score is your cumulative time with one throw-away round for every four flights. We flew six rounds each of the two days (12 total). A single pylon cut results in a 10% time penalty and two cuts (or a DNF or DNS) results in an automatic 200. During a race, the pilot cannot see the far pylon because he is focusing strictly on his plane. Pylon racing is entirely a team event because the pilot relies on his caller to count off the cadence and announce when to “TURN” when going around the far pylon (pylon 1). Timing and trust in your caller are absolutely critical to fast laps.
Competitor Bernie Vanderleest started out behind the 8-ball with the loss of his primary plane the week before. So I loaned him one of my racers which he flew as well as one could with an unfamiliar airplane. But an unfortunate landing in standing water on Friday doused the ESC keeping that plane grounded the rest of the day. Bernie had to resort to his own backup which is a VERY distant 2nd plane resulting in slow times and difficulty completing the ten laps under power before the on-board Watt limiter shut off the motor.

Bruce started out shaky, but he got better every flight as he continued to work out the jitters. With the exception of a motor failure for my last flight on Friday (resulting in a DNF and a score of 200 for that round), Jim and I both flew well with no other problems. Six rounds were in the books for Friday, so we called it a day.

More rain overnight made for an even “soggier” field on Saturday, but we soldiered on not letting a little water (and wind and clouds) ruin our fun! We got the motor in Bernie’s Viper going again and he was eager to get back in on the fun with a competitive plane again! We all started where we left off on Friday with every flight getting better and better. I put in a “barn-burner” which turned out to be the fastest time of all with a 61 and change, but Bruce and NMPRA District 5 President Jim Nikodem were hot on my heels with more clean flights of their own. It’s an interesting dynamic because when each of us is calling for each other we are a team, but when flying against one another we become competitors. That’s the nature of such a small group of good people. 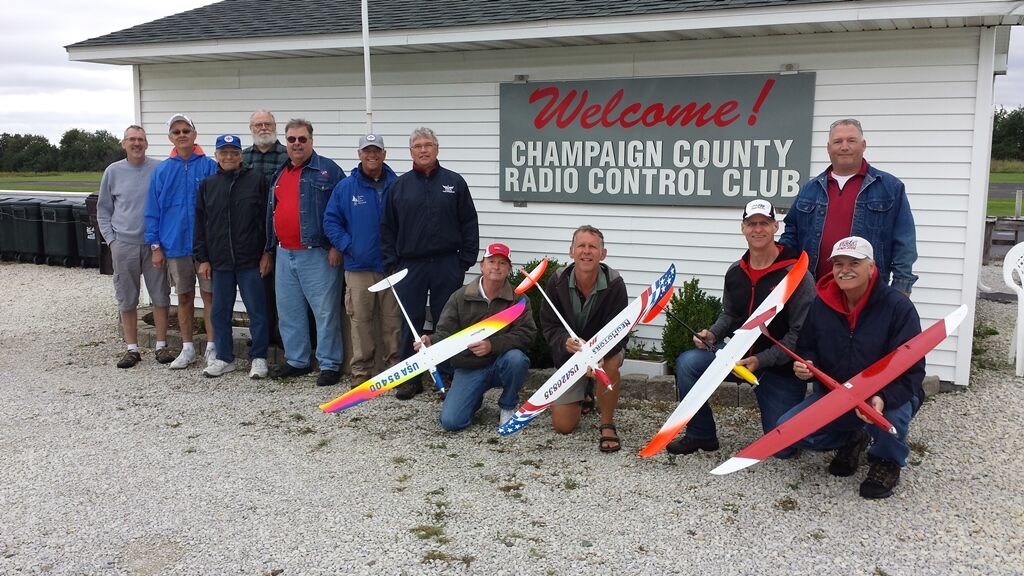 When it was all said-and-done I took the overall win with Jim a close second and Bruce in third comprising a full, three-man team for the World Championships next year. Bernie wasn’t able to recoup from the previous day’s misfortunes, but we hope he will stay with the team and join us as a manager and caller. He is also eligible to compete in the two-day Open F5D contest just prior to the four-day world championships.

n the big picture we all know F5D is a small piece of the pylon racing pie, but F5D planes are as fast as the fastest in the other pylon racing classes and are powered by electric motors for those who enjoy that aspect.