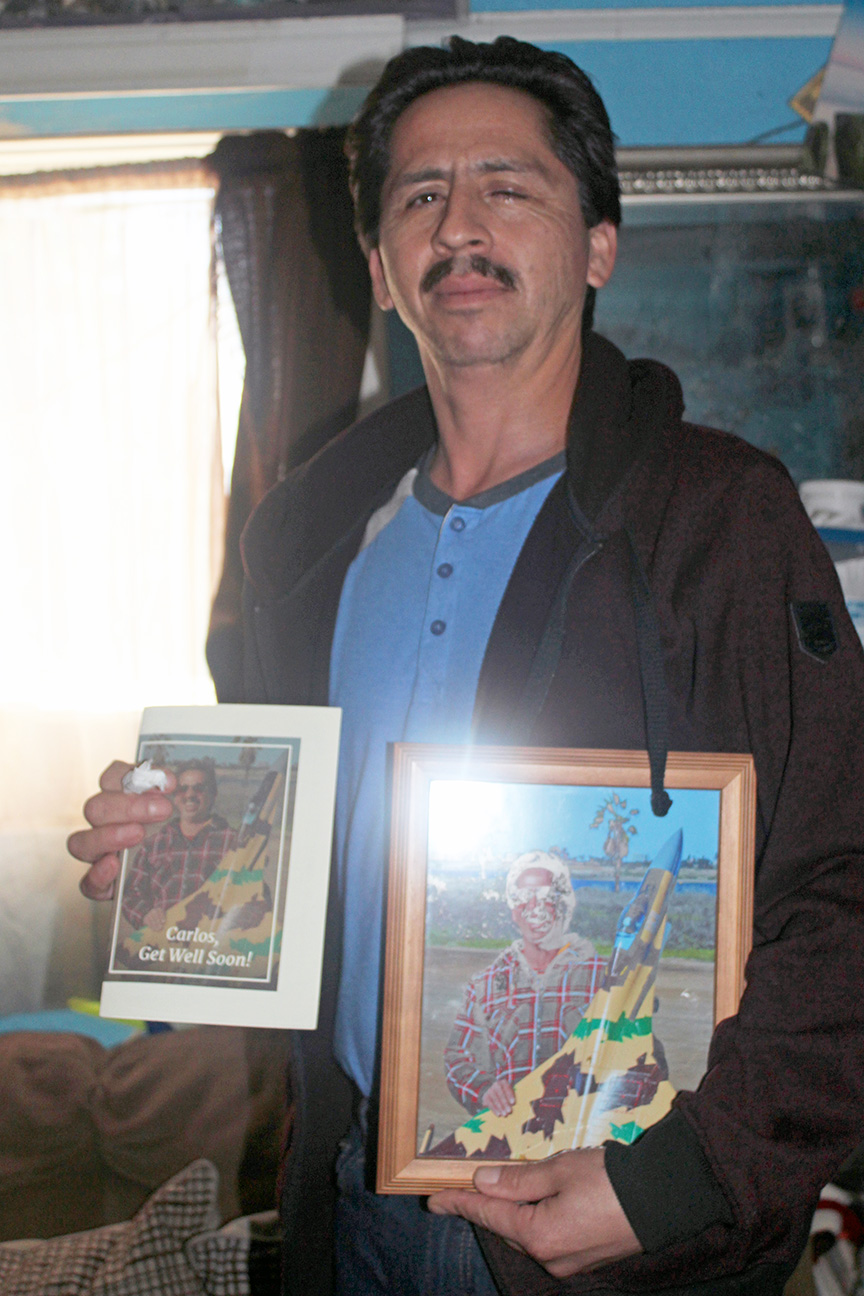 Brad and his wife arrived at Carlos’ home before Alex and I, and we had a very good visit with Carlos and his family. He sure was happy to see us, and it was very good to see him as well! He’s looking forward to his last surgery to attach a lens to his left eye, and then it may take up to a year or more before doctors expect he will hopefully make a full recovery and be able to see with that eye again. It is always amazing to me these advances in medical science!
Carlos said he was tired of staying home and doing nothing other than eating and sleeping, he thought he was gaining weight (he’s as slim as a rail! Ha!). He’s looking forward to being able to go back to work again and of course, he’s very much looking forward to flying again with SESFSD!
We all talked about RC flying and a lot of other things as well. He hopes to return to the runway, at least as an observer, in a couple more months or so he said, but he’s really wanting to get behind the transmitter and fly again! We told him everyone’s been like that lately because so far he hasn’t missed much flying due to all the rain we’ve been getting!
Brad talked with him and his family about setting up a “GOFUNDME” page so we may contribute some $$ for him and his family to help out financially, and they promised to do so and let Brad know when it was ready. I’m not sure how long Brad and his wife were there before us, but Alex and I were there with all of them for nearly an hour. Before we left, I asked Carlos if I could take a photo for SEFSD and that photo is attached.
Carlos and his family were sincerely appreciative of SEFSD’s concern and wishes for his full and rapid recovery, and he misses everyone too!
V/R,
Frank and Alex Sutton