The 26th annual (and first Post-Covid) American Institute of Aeronautics and Astronautics (AIAA) Design Build Fly (DBF) Competition took place April 21st through 24th at Cessna Aircraft’s Wichita KS facility. Ninety-seven teams of Undergraduate Aerospace Engineering Students including teams from San Diego State University (SDSU) and University of California San Diego participated. Myself and Safety Officer Steve Neu have been mentoring the SDSU team since announcement of the rules in early September of last year. Unique about DBF is the rules change every year so there is no way to iterate on your success (or failure). This year’s challenge was to design and build an electric powered R/C model to carry giant syringes and ½ pound chunks of wood 4X4s representing vaccine vials. A further challenge was the vials contained orthogonal 25G shock sensors and had to be deployed on the ground (in a defined area) without tripping a sensor. The deployment had to be after landing from about a 60 second flight which had to takeoff in less than 25 feet! The rules contained a scoring formula that rewarded large numbers of vaccine vials and syringes.

Early in the design stage, we flew the shock sensors in miscellaneous R/C aircraft in order to ascertain 1), if a high G turn would trip a sensor and 2), how many takeoffs, course completions, landings and deployments could be accomplished in the 10 minute allowed window. After a couple of flights, we surmised that If everything went well, (8) ½ pound vial bricks could be deployed in the 10 minutes and all but the tightest turns and the worst dork landings would be under the 5 G limit. The 5G s became moot anyway as the organizers later change the shock sensor to 25 Gs.  The rules specified a minimum of (10) syringes per vial brick, thus 4 pounds of 4 X 4s and 80 syringes became our target design payload. The students then used some simple rules of thumb (cargo weight = everything else weight) to define the required wing area. They chose a low aspect ratio constant chord wing with a tried and true epoxy-carbon tow and vertical grain balsa “I-beam” spar within their foam core wing. The wing was then faced with lightweight fiberglass using the foam cradles as a female mold.

The first time Steve N. and I saw the wing, there was no carbon on the top surface, and the vertical  grain shear webs projected  above the top airfoil shape and there was a severe stress riser at the center section of the wing. We then directed the students to mow down the center section stress riser, sand the top airfoil surface flush and apply some continuous carbon from one wing tip to the other on this on-piece wing. The bottom surface of the wing appeared to have continuous carbon but the center 6 inches was covered with some ¼ inch balsa and plywood to become the wing to fuselage mount. The students assured us all was OK and that after repairs, the wing survived a 2.5 G, proof load test. Without payload, the plane flew fine. The lap speeds were comparable with the miscellaneous R/C aircraft tested at the beginning of the season and the students were getting excited for the fly-off in Kansas. The first flight of “Quetzlcoatl” occurred on February 20th and is documented in my March column.

The ensuing (2) months was all about the payload. The students found that a mechanism for gently deploying ½ pound weights while maintaining the aircraft’s center of gravity was not as easy as it looked. In fact, the AIAA organizers took the unprecedented step of encouraging collaboration among different schools/teams because the task was so difficult.   Our students assured us they didn’t see a problem with it until the eleventh hour when it became obvious, they did! The very last Mission Bay test flight just hours before leaving for Kansas, we managed to poop out (7) of the (8) vial payloads in about 9 minutes, time to spare! However, the mechanism had evolved into (6) servos, (2) microswitches and (6) LEDs, the latter providing visual feedback of internal payload movements. As one of the tasks involved switching from vial bricks to syringes quickly, the complexity of our vial deployment system became a concern.

As the contest approached, we began watching the weather forecast for Wichita which ranged from horrible to terrible with 25 MPH or greater winds and a chance of thunder and lightning for the 2nd day. Contest day one began with steady winds over 20 MPH and gusts of up to 40 MPH. The mood in the hangar was glum : many teams were not prepared to fly in that kind of adverse conditions and avowed to wait until the last day of the contest where San Diego like conditions were predicted. Not us, we came to fly! Once our turn in the flight order came up, the students carefully transported Q-coatl to the flight line with pilot Steve Neu in tow. The first flight being devoid of cargo, taking off in 25 feet was not problem. In fact with the wind speed being above the aircraft stall speed, taking off in 1 foot was no problem! Steve expertly piloted Q-coatl around the course without issue and came to an acceptable landing on the runway; Mission 1 was in the bag. Having an actual flight score moved us way up in the standings over those teams that were ground bound and down. Forty-fourth became 10th, the students were getting very excited.

With only the bold in the flight rotation, our turn came up again probably less than an hour after our successful Mission 1. On to Mission 2 : 3 timed laps on the course with the syringes. The organizers decreed that the syringes had to loaded at the flight line (in all that wind) and empty 30 ml syringes are pretty light…Well, our system required the bulk syringes be assembled in groups of 10 held together with tape before being installed in the airplane. Only 5 minutes was allotted for this task. The syringes were taped and loaded, the wing was installed and the model was rushed to the runway with only 15 seconds to spare. Steve did a final control check before takeoff and found that the elevator servo wire had become disconnected in the syringe installation kerfuffle. Curses, foiled!

Only Steve and one or two students were allowed at the flight line, everybody else was held to a spectator line about 500 feet downwind.  We just watched  the airplane being assembled, placed on the runway, then carried back toward the hangar without trying to takeoff. After the debrief on the failure a new plan was needed. Step 1 : put heat shrink on all the fuselage aileron extensions so they can’t come apart again and 2) Cut all pieces of tape to length and put them on a piece of couture for easy access : “Tape Man” was born.

Again, the flight rotation was pretty short and our 2nd try at Mission 2/Syringes came up pretty quickly. From our vantage, tape man was successful and Q-coatl was on the runway in plenty of time. For this task, the throttle management plan was “firewall it”. With a full load of cargo, takeoff was maybe 5 feet instead of 1 foot, but certainly good enough. Wind was effecting her, but she penetrated nicely on about 1500 watts of grunt. Steve made the first left hand 180 heading for downwind without problem. Next came the opposite direction procedure turn. Not wanting any downwind snap/stall problems, Steve initiated a tight turn with the nose down and the pedal still to the metal. At about the middle of the turn, a loud snap was heard as Q-Coatl shed one wing half at about 100 feet and barreled in under full  power. The disconnected half fluttered down a couple hundred feet downwind of the fuselage wreckage, the impact destroying the model and most of the syringes. The organizers provided a “crash truck” for which to collect the mishap pieces in the bed and give a ride back to the hangar : a short and humbling funeral procession for a downed warrior!  No one got a vaccine from us that day!

The students were at first crushed. I gave them my general theory of toy airplane crashes which is about patting down ones unscathed persona and delighting in the ability to fight another day vs burying the body that would never have survived an equivalent crash. The post mortem on the wing spar revealed that the lower surface carbon cap (the one covered by the ¼ inch wood) was in fact not continuous and kind of butt joined at the root under the ¼ inch balsa and plywood wing mount. We believe this joint was the initiation of the wing catastrophic failure. So that ended our DBF experience, but plenty of other teams were still in the hunt.

The black plane belongs to the team from “FH Joanneum” from Austria whom not only finished in 3rd place, but had the best paper score. This shows that not being native English speakers was not an obstacle to good writing. The huge black and red tandem wing belonged to Ohio State (now back to calling themselves Kent State). This plane weighed almost 50 pounds, had (8) motors and was intended to carry several hundred syringes. Never mind that battery capacity was capped at 100 Watt-hours (6S4500s). This plane apparently flew Sunday after the wind subsided but was too slow to complete any mission and score points. I say “apparently” as our contest was over on Friday. Steve N. and I changed our departing flight to Saturday afternoon and spectated Saturday morning where the wind was even stronger, estimated at a steady 30 to 35 MPH.  “That’s Kansas” said the organizers, “were used to it”.

Team SDSU is still enthusiastic about DBF initially wanting to build a “general purpose” airplane even before they see the rules/tasks for next year. All but one member of the Team vows to return  to a new set of rules and a new, hopefully less windy location : Tucson AZ.

For more info on DBF including final results and pictures of the winning aircrafts/teams, click here AIAA Design/Build/Fly | AIAA (https://www.aiaa.org/dbf/example-dbf-feature) . 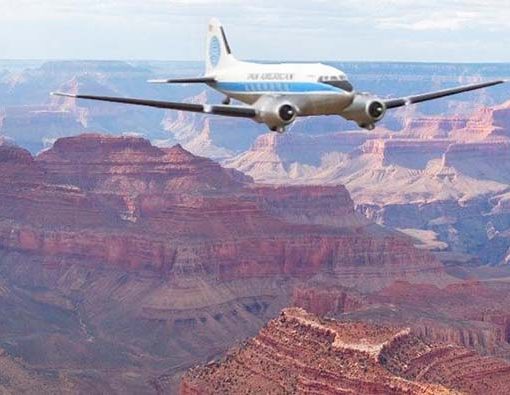 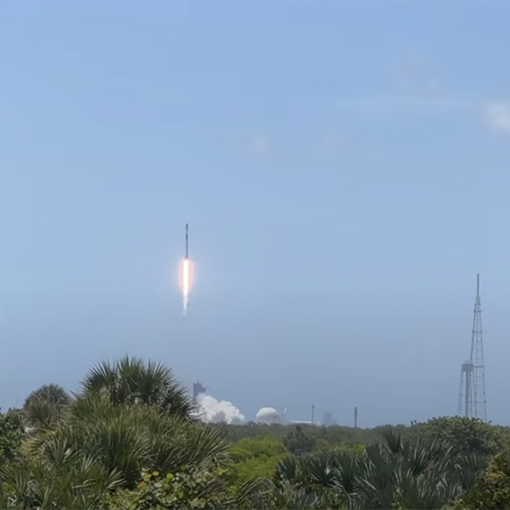 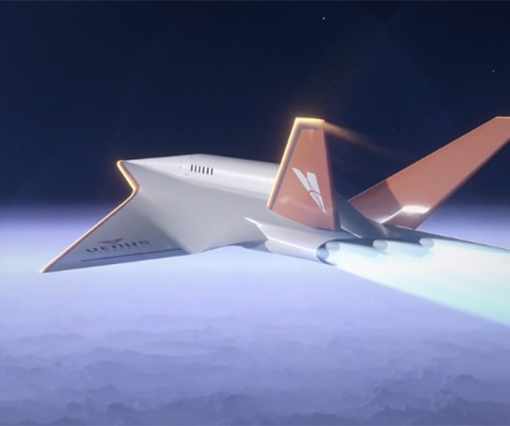