Early Saturday morning in a rainy Seattle, 0300 hrs local time.  The location:  Boeing’s historic Plant II – about to be torn down after three quarters of a century producing thousands of the most significant and historic airplanes ever built.
In preparation for demolition, three airplanes that have been undergoing Museum of Flight restoration in the factory’s assembly bays will have to be moved.  Just as in days past, with lights and images reflecting off the wet pavement, the last three airplanes are rolled out.  The giant hangar doors are raised, the tugs and tow bars are hooked up, and with lights flashing they are moved out of the factory and onto the historic ramp where so many have gone before.  Then across East Marginal Way and out onto Boeing Field.

They are the last airplanes to roll out of these doors.  Ever!

First out isn’t even a Boeing airplane – but rather a Lockheed Super G Constellation that flew for Trans-Canada Air Lines.  The Connie is destined for the Air Park, next to Air Force One, after a Plant II stay of 1 year and three days. 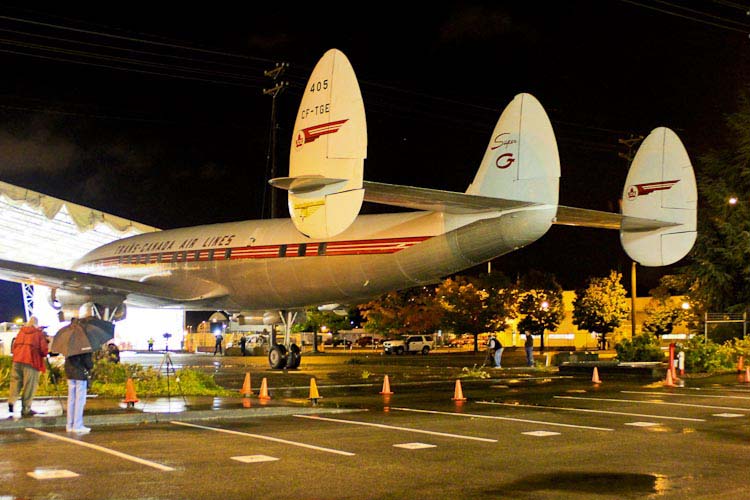 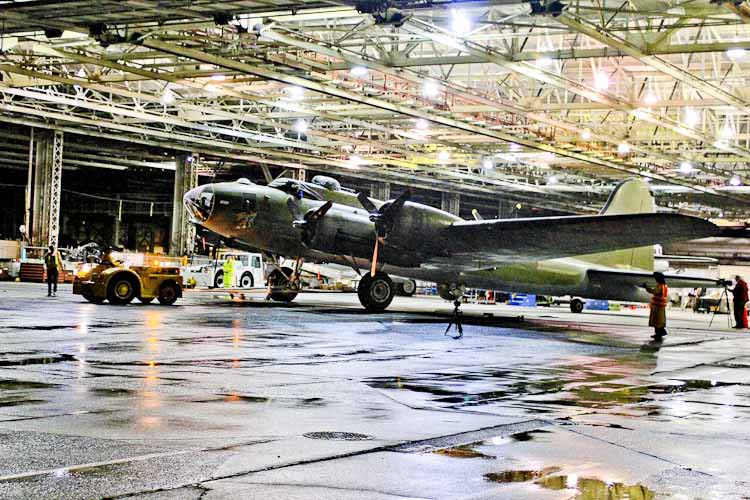 A poignant moment in time 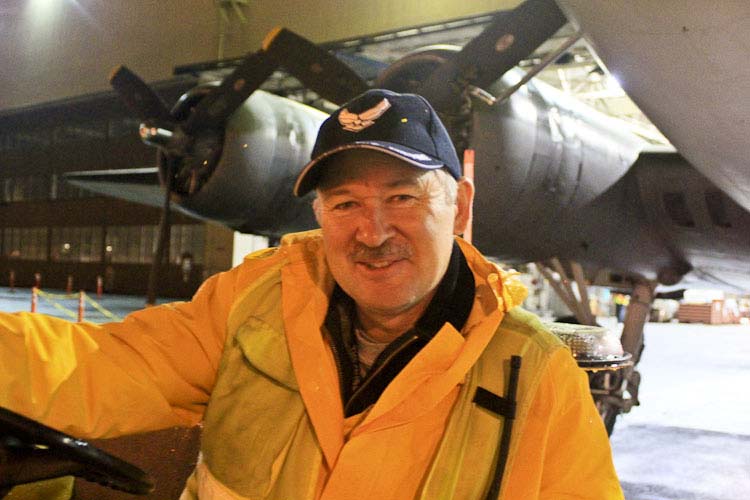 Museum employee and good friend Evan Elliott, driving the tug, knows he has just made history.

Finally, a Boeing B-29 rolls under the raised hangar doors and out into the dark and wet night.  The very last airplane that will ever roll from this factory. 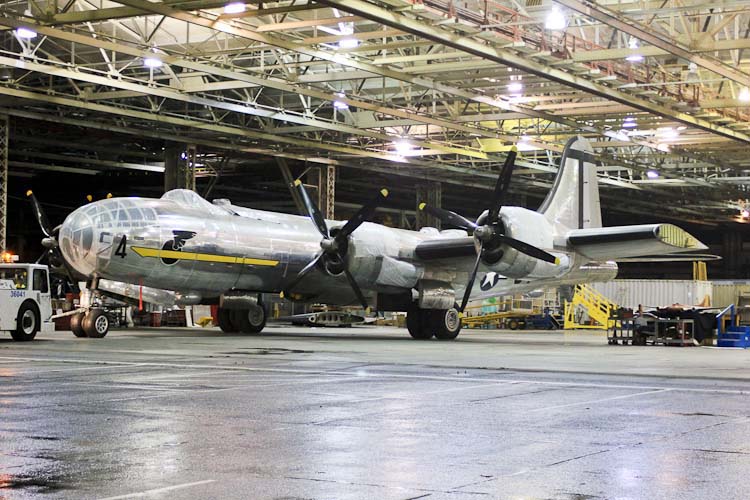 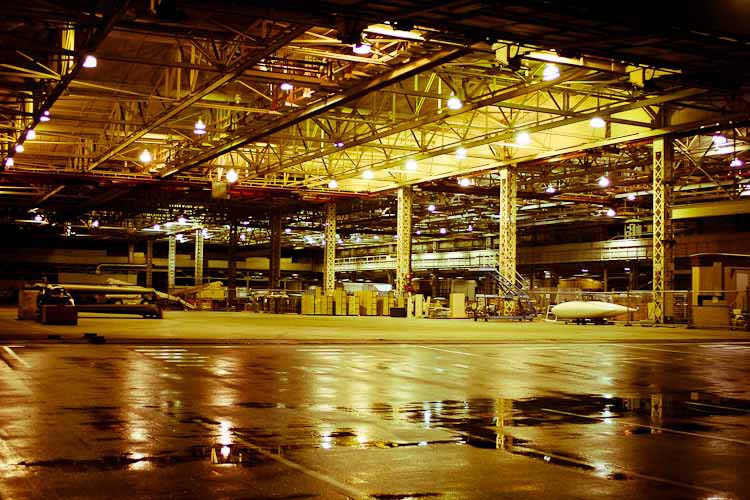 Everyone present knew they were witnessing history unfolding in front of their eyes.  More than a few tears ran down more than a few cheeks, to mingle with the soft Seattle drops of rain.

The ramp that these three historic airplanes roll across, and the building they leave, is one of the most historic aviation sites in the world. 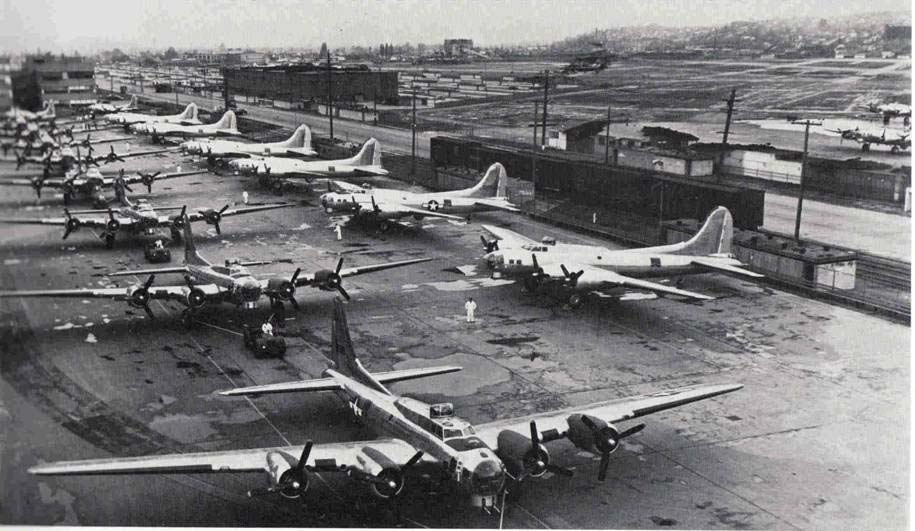 In October 1944, the first Boeing XC-97 rolled out of these doors – later to become the C-97 transport, KC-97 Tanker, and B-377 commercial Stratocruiser.  (Note the camouflage on the roof.) 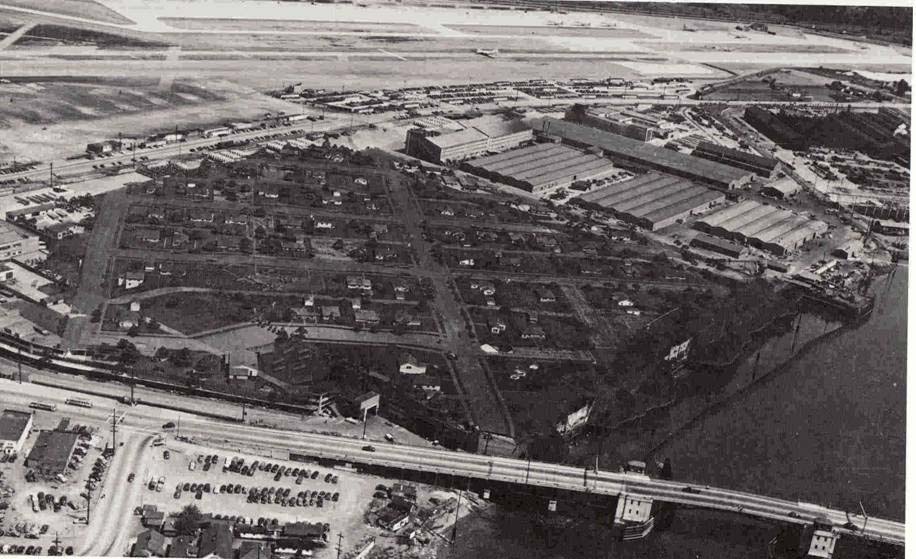 During WW II, the plant was completely camouflaged to look like a residential area as protection against possible Japanese air attack. 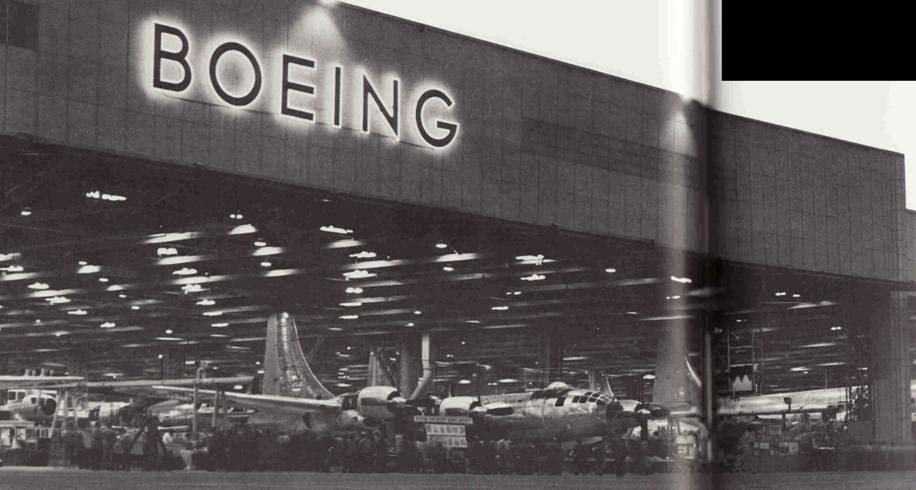 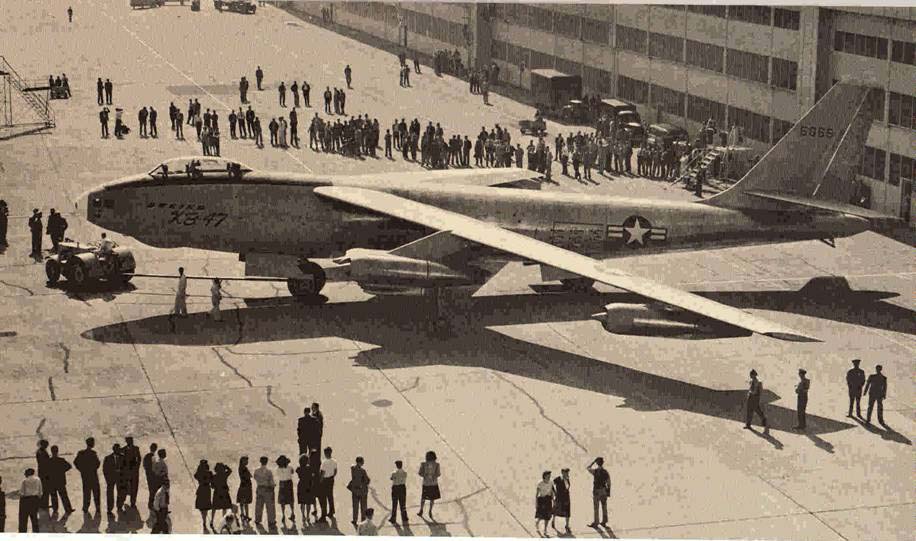 On 12 Sept 1947, a radical new airplane – the Boeing B-47 six-jet bomber Prototype is rolled out.  This airplane is the direct lineal matriarch for all the jet airplanes Boeing has produced since.

In 1952, in the darkness and wet of a Seattle night, the Prototype Boeing B-52 8-engine Bomber is rolled out and across East Marginal Way.  She’s shrouded in secrecy and covered by canvas and tarps.  This amazing airplane is still in front-line combat service to this day. 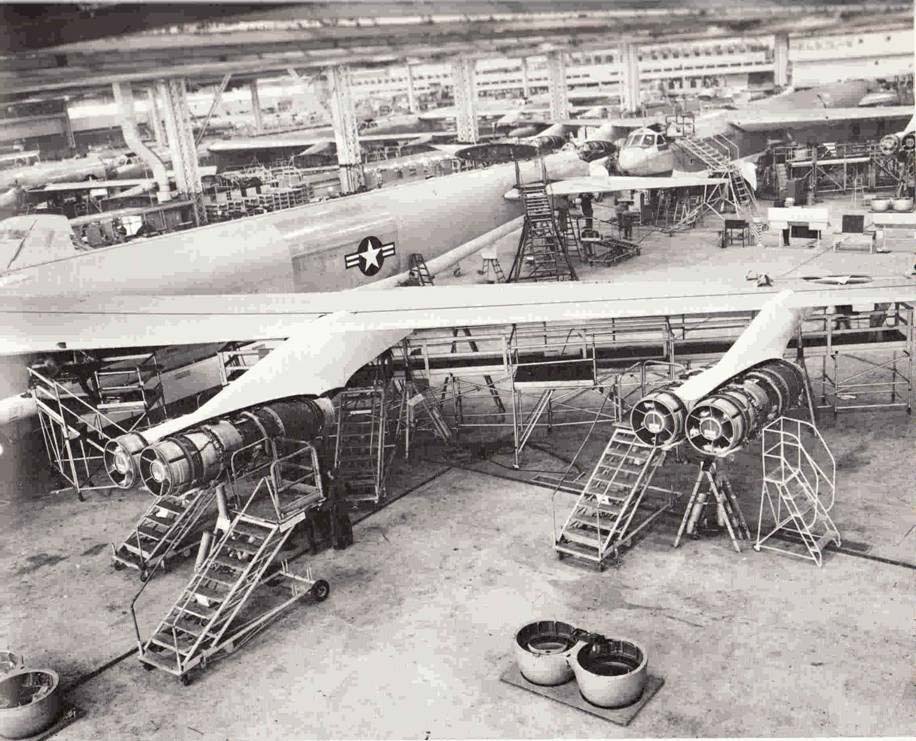 Here 277 B-52s are being produced where the earlier airplanes once were assembled. 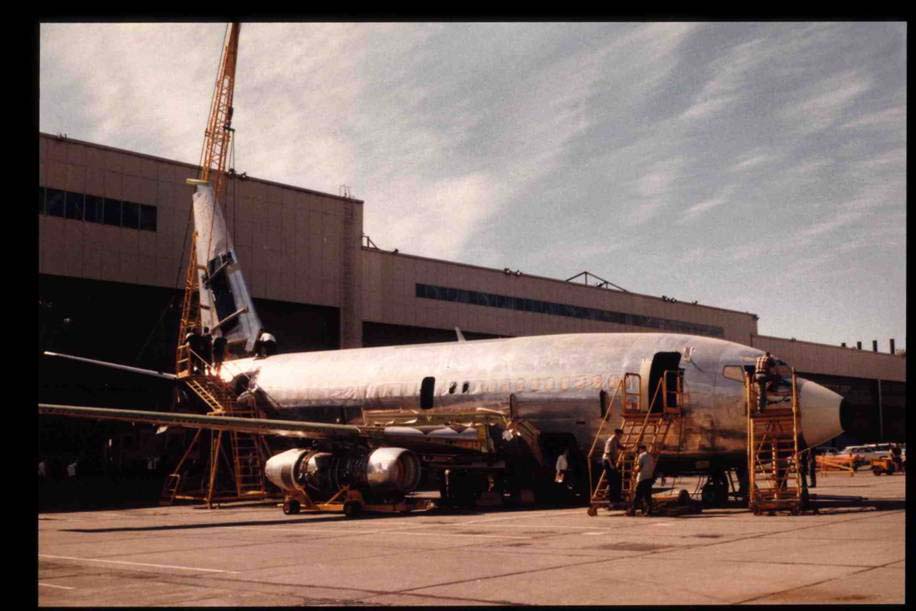 And, in 1966, the first Prototype Boeing twin-jet 737 was manufactured in this building and rolled out of these doors on to this ramp.  This airplane is in the Museum’s collection.  She’s the first of more than 8,000 737s built or ordered since then.

She, and 44 years later, the Super Connie, were my bit of Plant II experience.

And so today – History meets History as the last three airplanes roll out of these doors.

Note: The B-17 and B-29 went to hangars across the field; the Connie to the Air Park.