First category up to give their best HAD to fly Tim’s Depron West EXTRA 300L.  The category enticed eight pilots to try the event without risking their own aircraft.  Tim’s DW supported aircraft was designed to fly precision but with rates turned up it was cranked up a notch to make swift turns.  The top pilot was able to make 8 circuits and touch down on the center circle 7 times out of eight for almost a  a perfect 150 points.  That pilot would be ultra-uber competitor Pedro Brantuas.  Ray Fulks scored seven touches and tallied 90 points which was good for second place.  Steven Dente only had 5 touches in 60 seconds but they were good for 80 points and third place.  Only five points behind Steve was Stelio Jackson with 75 points.  Also finishing the event in 5th through 8th were Jim Bonnerdel, Ralphi Houri, Dennis B. and Frank Gagliardi.  The landing gear was severely tested at times but the airplane from Mike Morgan returned to the hanger intact.

Next, we moved on to the NEWBIE Division.  This division was any aircraft with landing gear and pilots with limited experience, limited practice time and relatively new to events and or flying……NEWBIES.  Ryan Austin went up first and had four touches for 20 points.  Jim Bonnerdel followed with 6 touches for 70 points; this was eventually good for first place. Scott took second with 65 points and Terry and Tak both had wild and adventurous flights with a few touch and goes….and no one was hurt.

The OPEN class was described as any airplane with wheels and more experienced pilots.  Seven testosterone laced guys signed up for the battle.  Steve Dente threw down a 95 with 4 bull eyes in the six touches.  Stelio Jackson rolled out his P 38 twin foam airplane and ventured onto the course eventually touching the runway once and then dramatically crashing after a snap roll in a safe zone.  Ray came up next with his 12 year old Crackle and had 3 touches. Frank Gagliardi had his 8 oz Super Extra 330 and it floated so much in the wind that he only induced it to touch down 5 times for 30 points.  Pedro was up next with his indoor DW Foamie Yak and made 9 touches but repeatedly missed the center of the circle but still totaled 115 points for first place.  On landing he rolled it into a ball for total foam redo.  Ralphi made 3 touches for 20 points and SEFSD editor in chief Steve Belknap accumulated 35 points  in 6 touches of the ground.   So now the competition part was over and the winners were acclaimed for their prowess.  Okay…we took some pictures.  (Pics coming soon – Editor)

As the fun was coming to its conclusion Priscilla Eberle was prepping to serve all club members a superb lunch.  Headlining with the second best hot dog out there….. the Hebrew National….only Nathans hot dog is better, but only by a slight margin.  With Tim’s Weber Kettle topped up with charcoal we were ready to blast furnace these dogs into submission.  Three or four minutes of cooking was all it took and then 40 some club-members descended on the table with the buns, condiments, chips, cookies etc. and then rushed over to the cook to receive their dog(s).  It was an excellent sight with club-members enjoying the day scarfing up that great chow……coming back again and again.  It was all good!!!

One conclusion that a few club members voiced was that we should have more of these fun events.  This club event had good support, but we can do better.  You have ideas?   Share them with Tim Attaway or another board member.  The overall plan is to have general club meetings at the field more often and include an event plus food for everyone.  One idea would be to plan for the last Saturday of the month in even number months therefore the next event would be in six weeks at the end of April, then June, August, October.

Tim Attaway, event director and VP in charge of  fun this year. 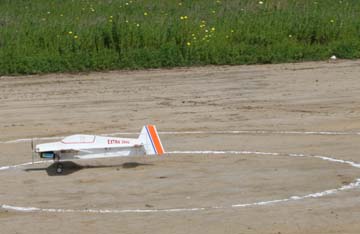 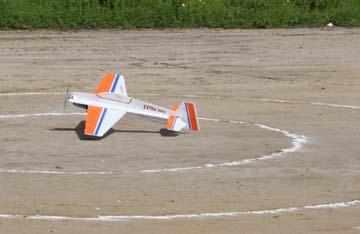 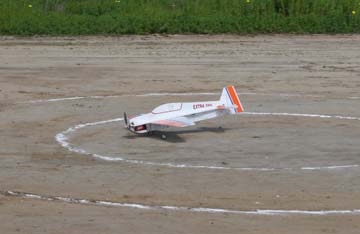