Hello members, as we get closer to the end of the year, yeah I know it sounds crazy talking about the end of the year, but here we are approaching the end of summer. Just a few reminders to mention that August, September, and October will be our last month meetings for the year as well as the fun-fly’s. Most of us have plans for Thanksgiving and Christmas so we will not be having our events. Come out this weekend for our event and enjoy the fun we have out at the
field.

I do want you to mark your calendars for January 13, 2023, for our SEFSD Annual Banquet will be held at the Air and Space Museum! So, make sure you get your tickets as soon as they come on sale. Prices for the event will be mentioned later in the Newsletter. We are going to have great prizes once again and prizes for our better halves, our wife’s!!!

Our parking lot is drying up and more dust is being produced when cars are traveling over the speed limit set at the field. Just a reminder to all members of the 5-mile hour speed limit. Let’s slow it down and keep the dust down! Thanks.

Remember the Red Bull air stunt that was done back in April of this year, well the NTSB came down with its final report on the Red Bull crash. 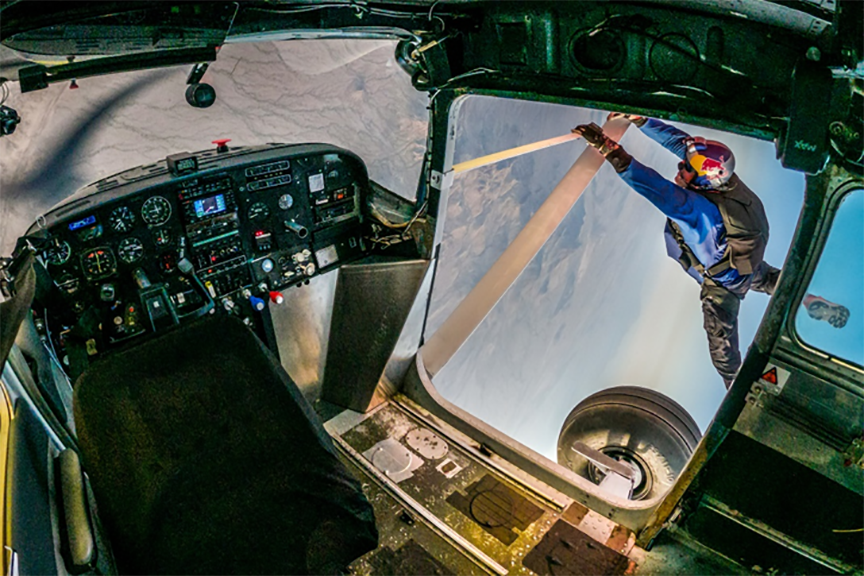 The National Transportation Safety Board has released its final report regarding the crash of a Cessna 182 that was part of the Red Bull Airplane Swap stunt.

The plan was to fly the aircraft to an altitude of more than 12,000 feet above the Arizona desert. The pilots would then put the aircraft into synchronous steep dives, bail out of their respective airplanes wearing parachutes, and maneuver in freefall in order to enter each other’s airplane. Once aboard, they would recover the aircraft from their descents and land normally.

The aircraft were modified with a range of equipment including aerodynamic brakes to keep them from gaining excessive speed in the near-vertical dive, and grab bars to help Aikins and Farrington get back into the airplanes during the plunge. The 182s each included a custom autopilot designed to maintain an unusually steep descent path.

Video of the event shows the aircraft entering the nose down attitude and the pilots departing the cockpits. As Aikins departed the accident aircraft, the nose pitched up and it entered an inverted spin. Aikins was able to enter the other aircraft and fly it to the landing spot. Farrington chose not to attempt to enter the spinning aircraft and instead descended to the ground via parachute.

According to the NTSB, the probable cause of the crash was a ballast shift aboard the unoccupied aircraft that resulted in it exceeding the critical angle of attack. The aircraft entered a stall and subsequent spin from which it did not recover. Investigators noted the accident aircraft was equipped with a ballistic parachute that was designed to trigger at an altitude of 1,000 feet. The parachute did activate while the airplane was inverted, but it did not fully deploy. The aircraft hit the ground and was substantially damaged. It was noted in the final report that the NTSB did not travel to the site of the accident.

Because of the nature of the stunt, practice in advance of the streaming on Hulu was not an option, as Farrington stated on the Red Bull website: “There is no way to test it until you do it.”

The FAA noted that Aikins and Farrignton did not have permission to perform the stunt. In a statement issued to FLYING shortly after the stunt failed, the agency noted it “denied the organizer’s request for an exemption from federal regulations that cover the safe operation of an aircraft.” Aikin later admitted in an Instagram post that he had received the FAA denial but he did not inform Red Bull or his team members.

Following the failed stunt in May, the FAA issued an emergency revocation of both Aikin’s and Farrington’s pilot certificates. Neither one will be able to apply for or be issued a new airman certificate for one year. The FAA also proposed a $4,932 fine for Aikins for violating three regulations: FAR 91.105(a) flight crew members remaining at their stations, 91.113(b) the duty of the pilot to see and avoid other aircraft and 91.13 the operation of an aircraft in a careless and reckless manner.

I do have good news that I was able to start working on my DC-3. I started the center section of the wing, which is not all glued in place, here I am just fitting the parts to make sure all fits perfect. Not only that, I had to create the mods on the parts to accommodate the retracts. I will have more of a write up come next month when I hope to have the main construction completed of the wing. So, for now I have this one picture of the center section of the wing.

Ok members I look forward to seeing you all, this weekend for the Monthly Meeting and Fun Fly! Jovi,
Chairman of the Board!