We had our largest turnout yet with 16 pilots with most of the usual suspects as well as a 5-6 new  pilots. I suspect the fact that our local Discount Hobbies got a fresh shipment of T28s is the cause of the increase. It was great to see so many new pilots! 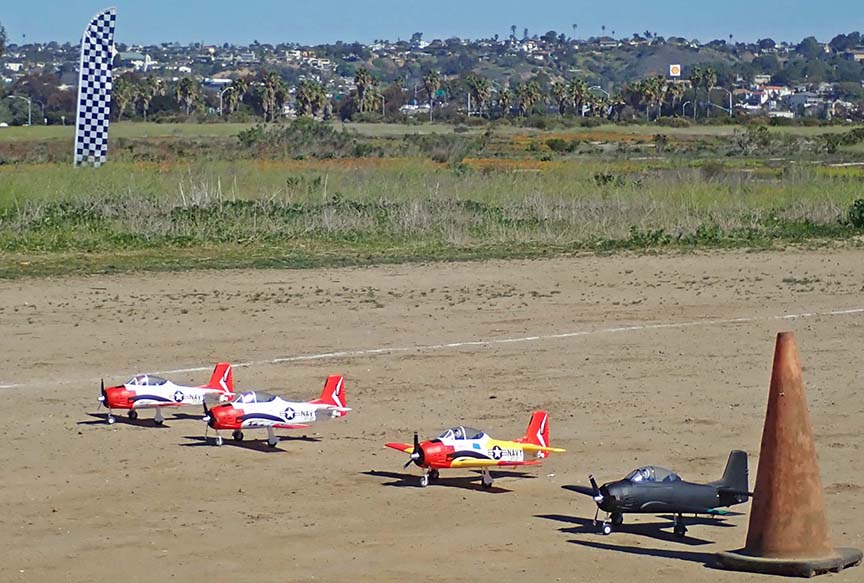 With 16 pilots we conducted the preliminary races with four planes in each flight group. After the dust settled from the preliminary rounds and the results tabulated the finals racing groupings were set. There were a couple accidents putting a couple of planes out of action but most should be repairable. 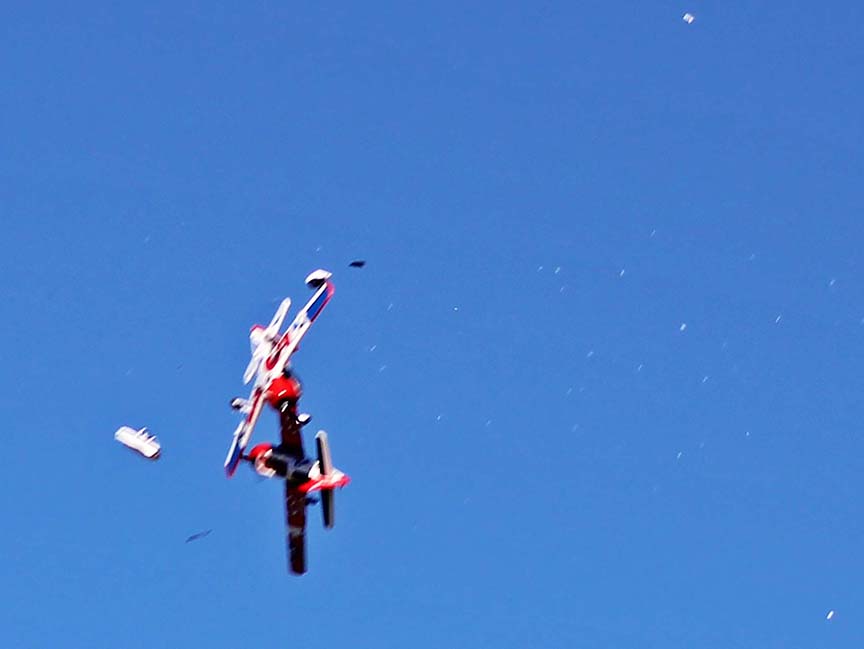 The Bronze class was hard fought with Steve M and Fritz dueling for first place with Steve crossing the finish line first. The Silver class race had some drama with Larry Kosta and Quan planes tangling near the downwind pylon resulting in DNFs for both. Brad and Alfred took first and second place. 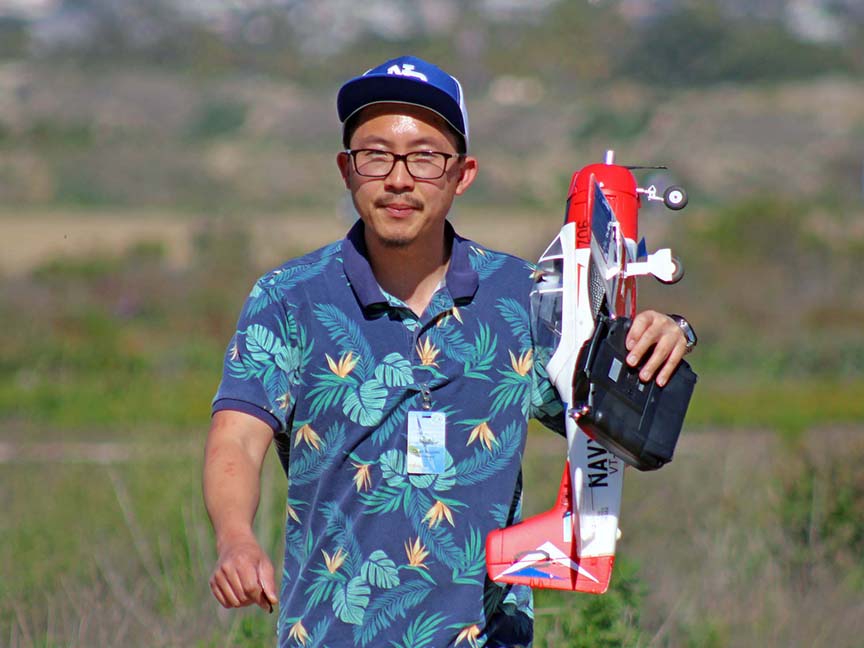 The Gold class race was hotly contested with Otto and Alex trading places for most of the 10 laps——I was about half a lap back following the battle up front—then near the race’s end, Alex lost control of his plane for a split second loosing his line and allowing me to slip ahead of him—but Otto still crossed the finish line first but as fate would have it Otto had a cut recorded earlier while trying to keep ahead of Alex—handing first place to me. The February event saw the debut of our new awards that sport an image of a T28 courtesy Frank Sutton—they look great! 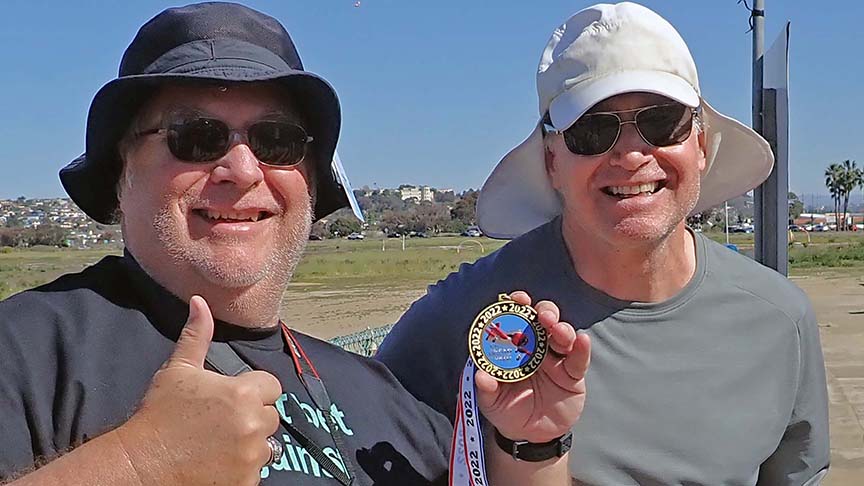 See you at next months races! Next month we will try a new racing matrix that should save 10-15 minutes off the process of setting flight groupings for the preliminary rounds—thank you Steve M.