Skip to content
By Steve Neu
We had another hard fought T28 racing on April 10th with most of the usual suspects showing up at 10am. The first two preliminary rounds went off without much drama but round three shattered the calm! Heat 3 of the third round found Alex Quan and Alex  flying. Shortly after the start of the race Alex and Quan built up a lead over Randy who was playing it safe letting the other two trade places numerous times—until things got too close! As both planes passed the downwind pylon Quan’s plane decided to take a bite of Alex’s T28—leaving 2 of the 3 propeller blades embedded in Alex’s model—Quan’s plane spun to the ground undamaged but Alex managed to keep his wounded plane in the air and even made it back to the end of the runway. Trailing the leaders Randy took the win by staying away from the air battle ahead of him. 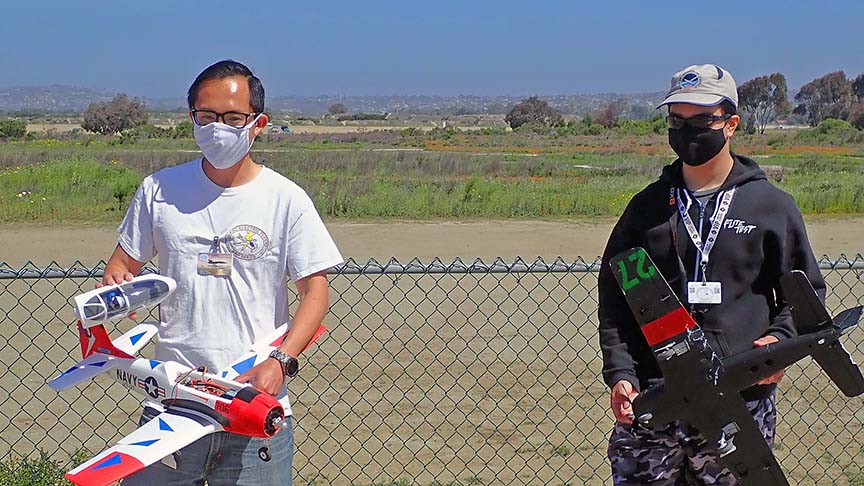 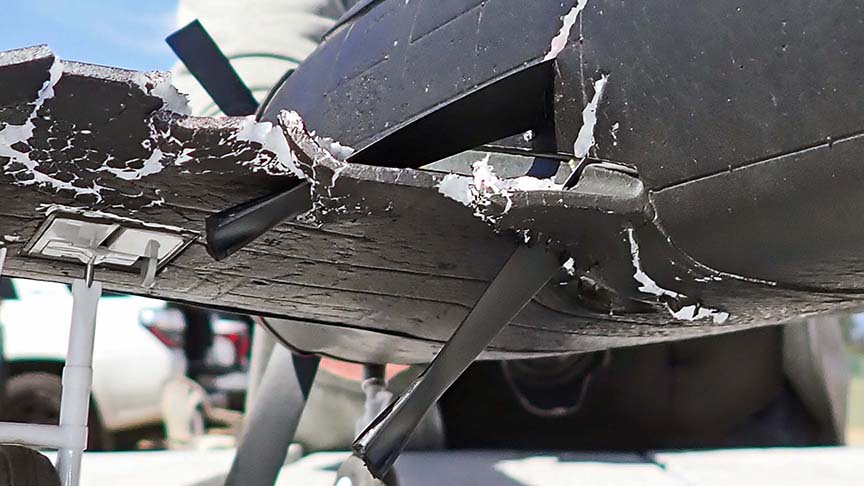 A new prop for Quan’s plane and removing the embedded blades from Alex’s plane plus some tape and both were ready to continue racing in the finals. George and Quan went head to head in the Bronze cup race with George—Quan redeemed himself with the win.
Next up was the Silver cup races with SteveM, Otto and Randy going at it—the race was clean without any accidents or problems. Otto flew a very tight race taking first place, Randy got second and SteveM third.
The Gold cup race had Brad, SteveN and Alex in it. The race was close but SteveN got the win with Alex getting second and Brad third.
The medals were awarded to the pilots along with a pilot and helpers raffle for batteries, chargers and other electric flight accessories. A good time was had by everyone!  If you want to get involved with racing or helping please come on down for our next race which is scheduled for May 8th at 10am. For info on our racing class follow this link: https://www.sefsd.org/club-contests/t28-racing/t28-rules-information/