Skip to content
We had a lite turnout for the April edition of our T28 racing series with 7 planes and pilots present. The preliminary rounds had some hard fought rounds with the lead being swapped numerous times and the leaders being separated by just a few feet. After the  dust settled from preliminary rounds the scores were totaled with the results setting the finals flight groups for the medal round.
The bronze medal was contested by Larry K and Carl L with Larry taking the win. The silver medal was by far the closest racing of the day between Bob S and Steve M. Bob took the checkered flag by just a few feet only to have a turn judge give him a cut—handing the silver medal to Steve M. The gold race between Brad B and Steve N started out wing tip to wing tip with Steve N getting the lead by the end of the race for the win.
Our next race will be the following Saturday on May 7th at 10am—usual format.
Go fast and turn left!
Steve Neu
sneu@mac.com 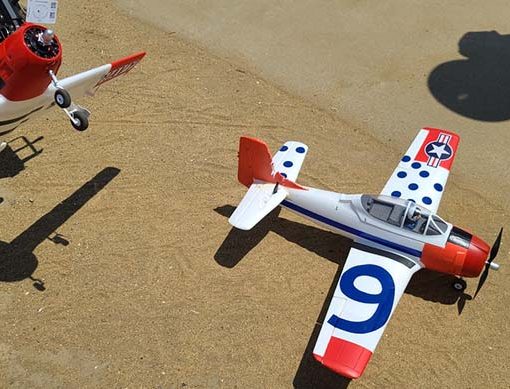 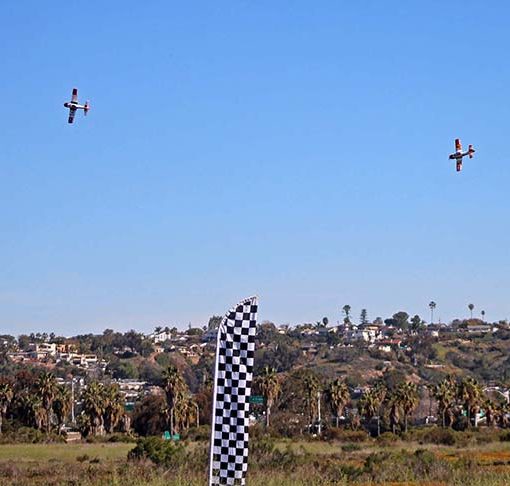 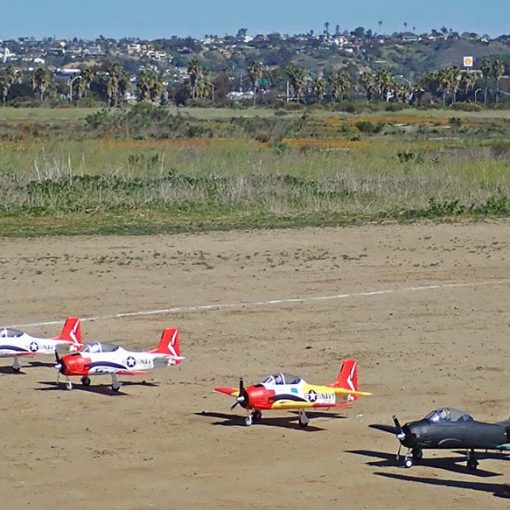