Skip to content
The July edition of the SEFSD pylon racing came off as it usually does without a hitch—but there was some drama in the air as pilots battled for bragging rights and a medal. We had 9 pilots at the ready when we started flying at a little after 10am on July 10th.
The preliminary rounds were hard fought with some very close races and lots of cuts. When the dust settled and the points tallied the order of battle for the finals was set. The bronze class was between Fritz, SteveM and Larry with  Larry taking the win —his first in racing the T28 class. The silver class racing was between Bob, Frank and Brad with the winner being Frank as he did not have any cuts unlike his fellow pilots. The gold race had Alex, SteveN and Otto going all out—Otto jumped the start had to go back putting him down by half a lap from Alex and Steve who for the next 9 laps were trading places for the lead. We should have been keeping an eye on Otto as he was closing the gap and by lap 10 all three planes were wing tip to wing tip rounding the last turn. While nearly even at the finish the crossing order was Otto, Alex and SteveN—but when the bad news from the  turn judges was factored in the order was SteveN, Otto and Alex. One last award went to Bob who got the coveted “BLNT” (Better Luck Next Time) medal for acquiring more cuts than anyone else that day.
Thanks to everyone who helped make the event fun! The next race is August 13 at 10am. For those that are new to the club or want to get in to the T28 racing follow this link to our T28 rules and information page:https://www.sefsd.org/club-contests/t28-racing/t28-rules-information/
Steve Neu 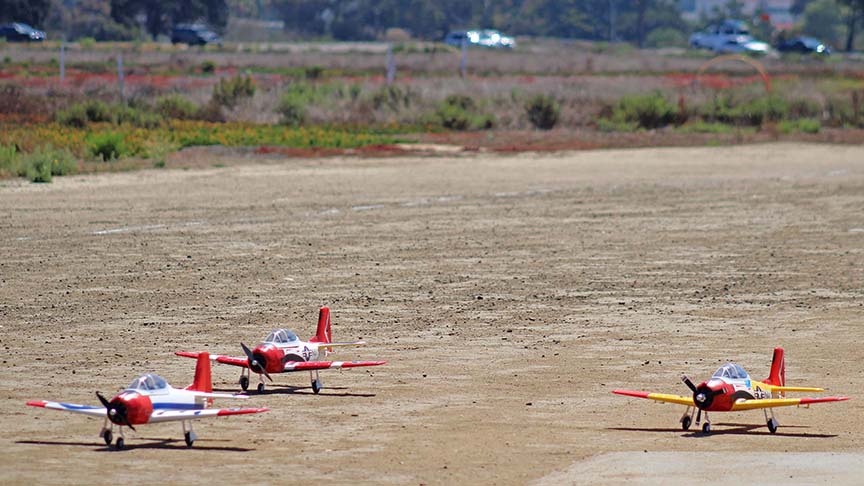 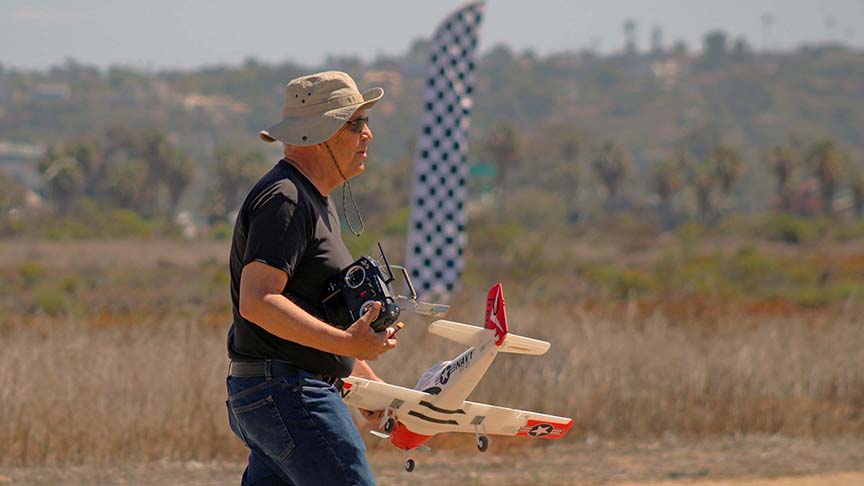 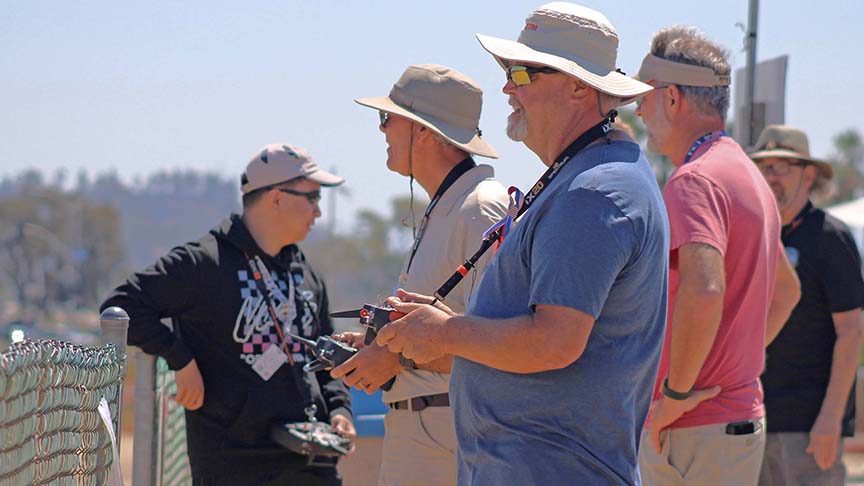 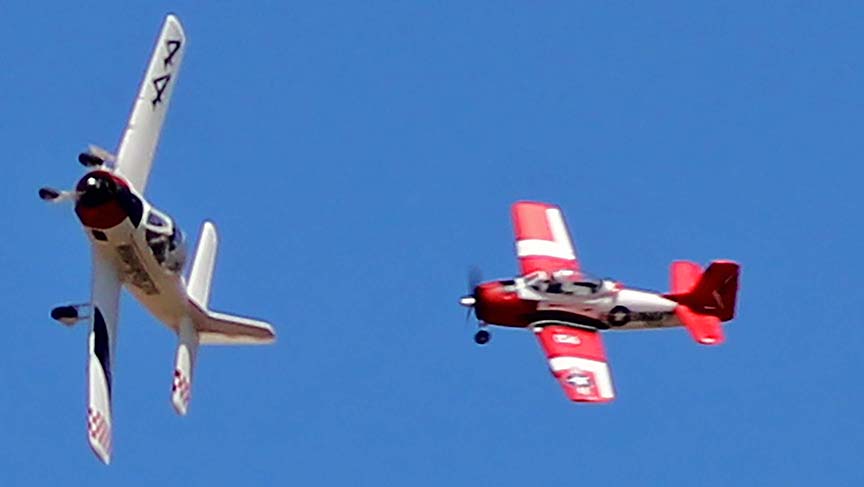 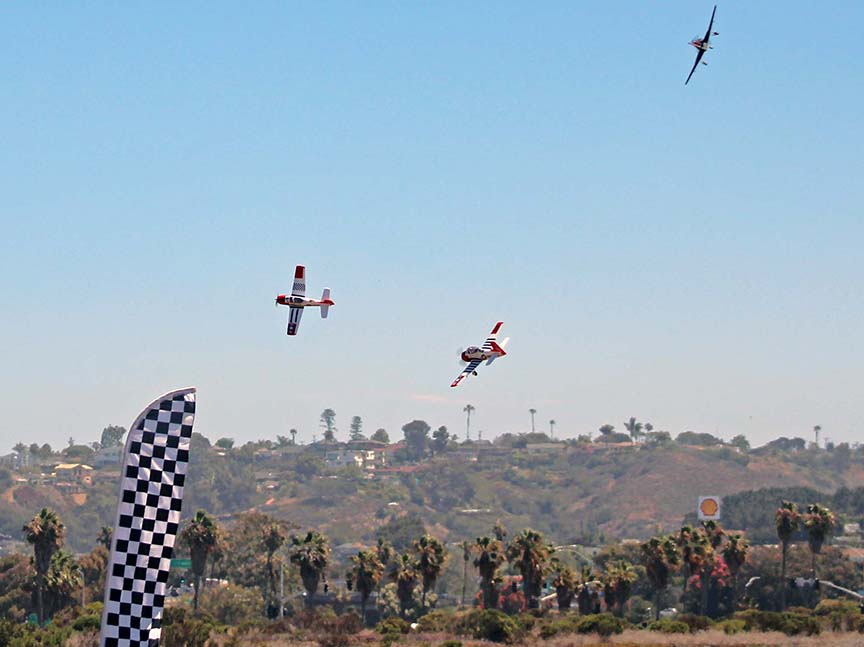