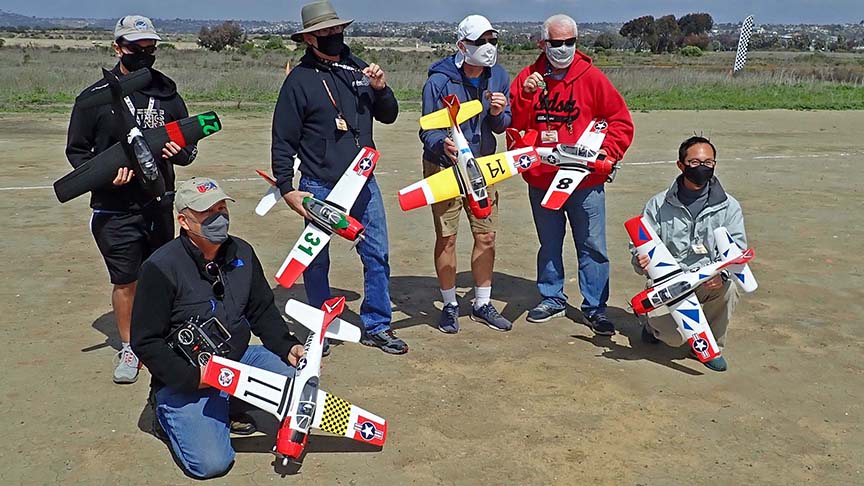 We had 9 pilots with planes come out for the March edition of the SEFSD T28 races. The three rounds of preliminary races went off without much drama or destruction. The results of the preliminary races provided the lineup for the finals races as follows:
Bronze:
Frank Gagliardi
Steve Manganelli
Tim Attaway
Silver:
Quan Nguyen
Brad Bender
Larry Kosta
Gold:
George Sullivan
Alex Sutton
Steve Neu
The Bronze race provided a collision with the west pylon with Frank getting an unwelcome “pole position” followed a few laps later with Tim doing a what looked to be a landing at full racing speed on the runway going downwind——with little damage to the plane. Frank’s plane on the other hand had to go to the body shop for some repair work. After the cuts were tallied Steve Manganelli got the win in spite of having 2 cuts! I guess it helped that his two competitors managed to not finish the race.
Next up was the Silver group and while there was little drama the results again showed that NOT cutting is often the path to the winners circle! Quan managed two cuts and Brad got one also—but Larry Kosta had no cuts so while he was the tortoise speed wise he got the win!
The Gold race ended up in similar fashion to the Silver where the two front runners took themselves out of contention with Alex and Steve Neu both recording one cut each giving George the win.
The medals were passed out to the winners in the three classes with the “better luck next time” award going to Tim for recording the most cuts for the day. Club sponsored prizes were given out to the helpers and pilots.
The next T28 race will be April 10th at 10am—be there! 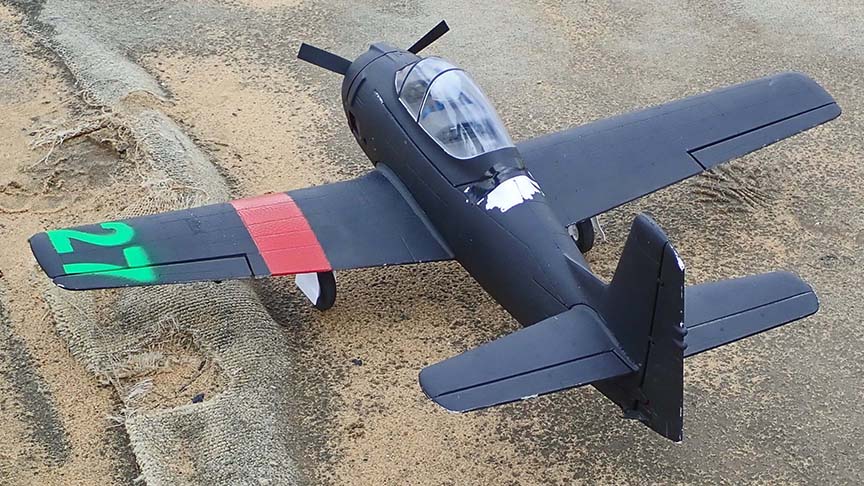 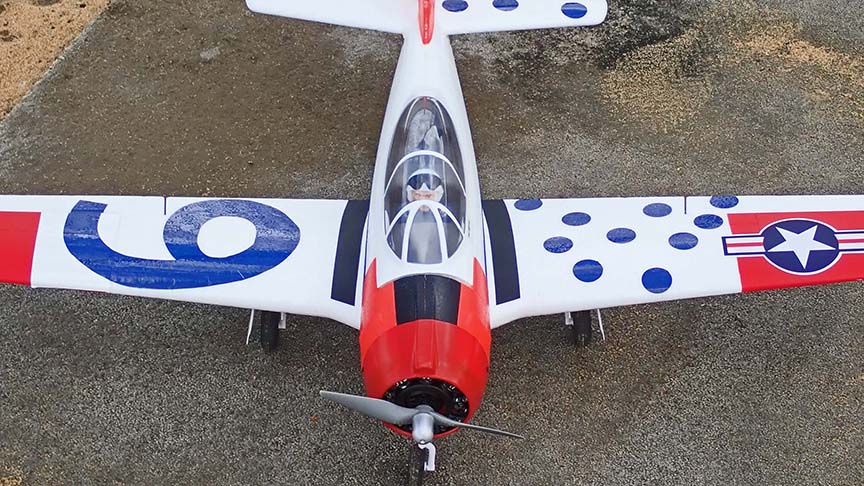 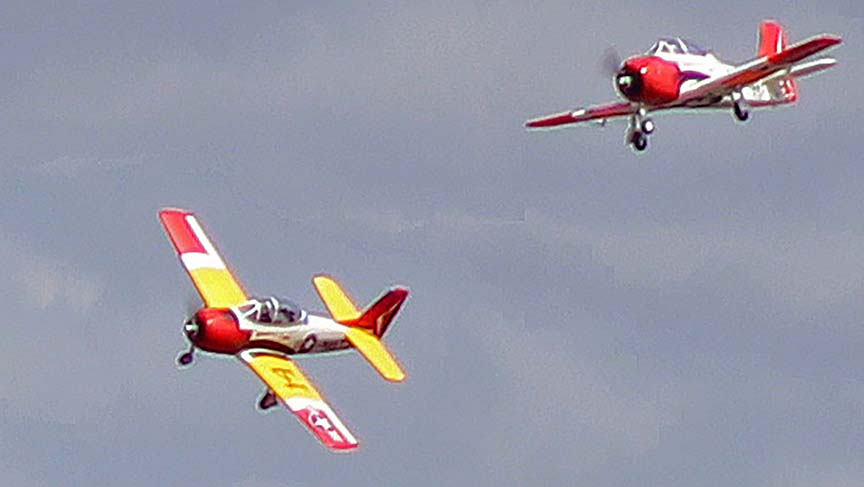