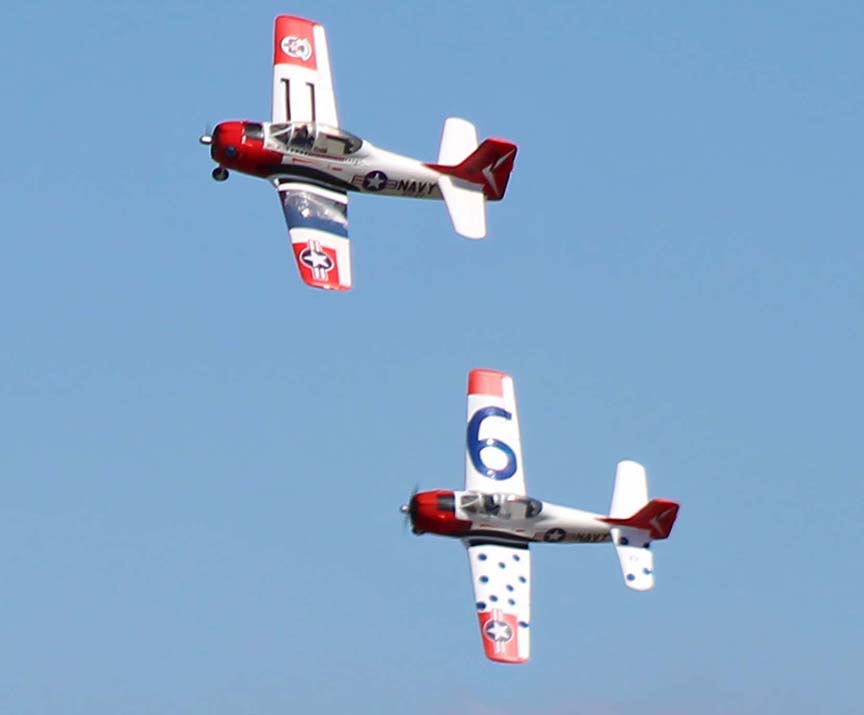 While we had a light turnout for this months T28 racing it did not mean we did not have some wingtip to wingtip drama over the race course!
The preliminary rounds were 5 laps and for the most part went without much drama aside from a few pilots cutting a pylon or two—or maybe 3? The results of the preliminary rounds was as follows with cuts factored in:
1) Brad B
2) Steve N
3) Steve M
4) Alex S
5) Otto D
6) Bob S (Tie)
6) Frank G (Tie)
The finals were as often is the case where the most excitement occurs—and this time was no different.
The Bronze Cup was first up with Bob and Frank going head to head—Bob took an easy lead and never looked back for the entire 10 laps. It was clear that Frank needed some better batteries( later he won a new pack in the raffle).
The Silver Cup was more crowded with  SteveM, Alex and Otto doing battle. Otto and Alex went head to head with each trying to gain the advantage—Otto crossed the finish first but did not get the medal because of a cut pylon turn.
The Gold Cup race was between Brad and SteveN. The entire race was wing tip to wing tip for 10 laps with at least one instant of a “bump and go” with no resulting damage. In the end SteveN crossed the finish slightly in front of Brad. There was some sad news that the course judges provided after the landings—SteveN had made 3 cut pylons and Brad had 6. In the end a good time was had by everyone! We had a raffle with various items for the helpers and pilots—most everyone was able to take home a prize.
The Weedwackers in Santee have invited us to run our next T28 race at their field on November 13th—the details and time are still to be worked out and we will send out a email to everyone as we know more of the details. For now we are planning on having our next race there.
Stay safe and enjoy nice flying weather!
Steve Neu 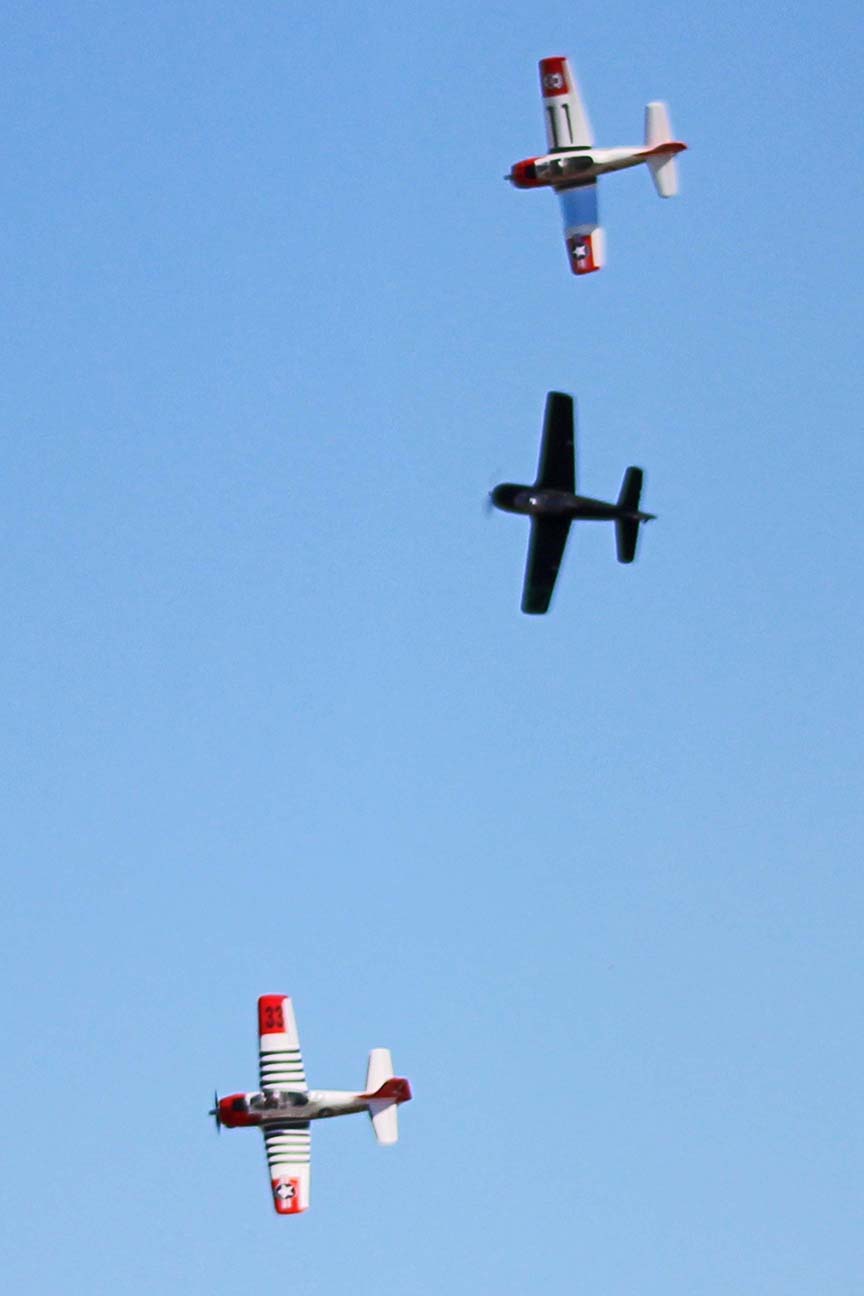 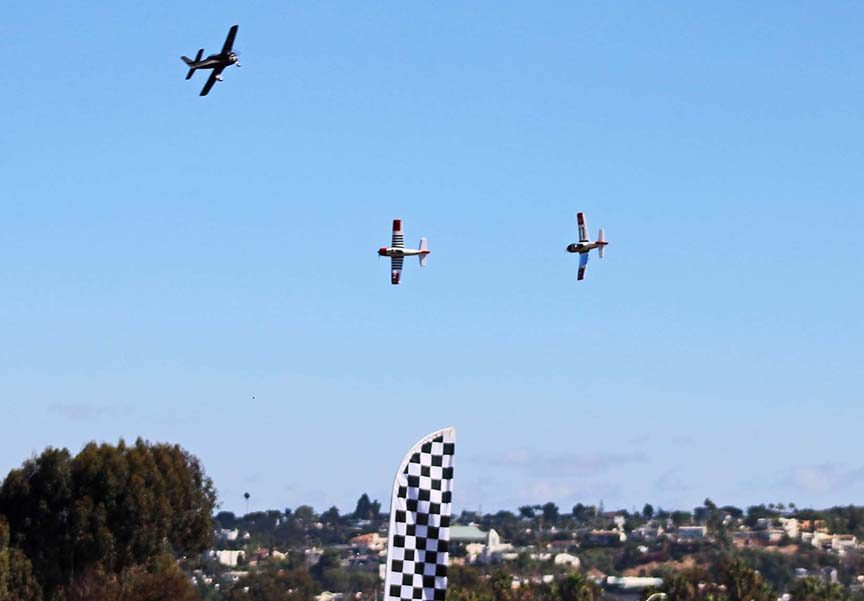