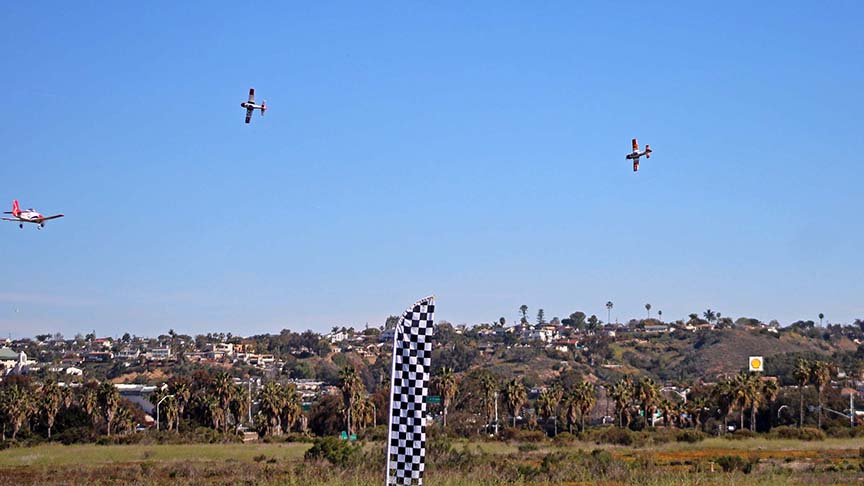 We had a good turnout for the March edition of our T28 racing series with 10 planes present to do battle. The preliminary rounds had some hard fought rounds with the lead being swapped numerous times and the leaders being separated by just a few feet. After the preliminary rounds the scores were totaled with the scores setting the finals flight groups.
The finals results were as follows:
Gold: Alex Sutton
Silver: Carl Lewallen
Bronze: Frits Logan
The Weedwackers club has invited our interested club members to come to their T28 races which will be Saturday the 2nd. The format is a little different than ours with 3 rounds with 6 lap races. See the flyer that has been sent out for the details. Lets support them!
Our next race will be the following Saturday on April 9th at 10am—usual format.
Go fast and turn left!
Steve Neu
sneu@mac.com 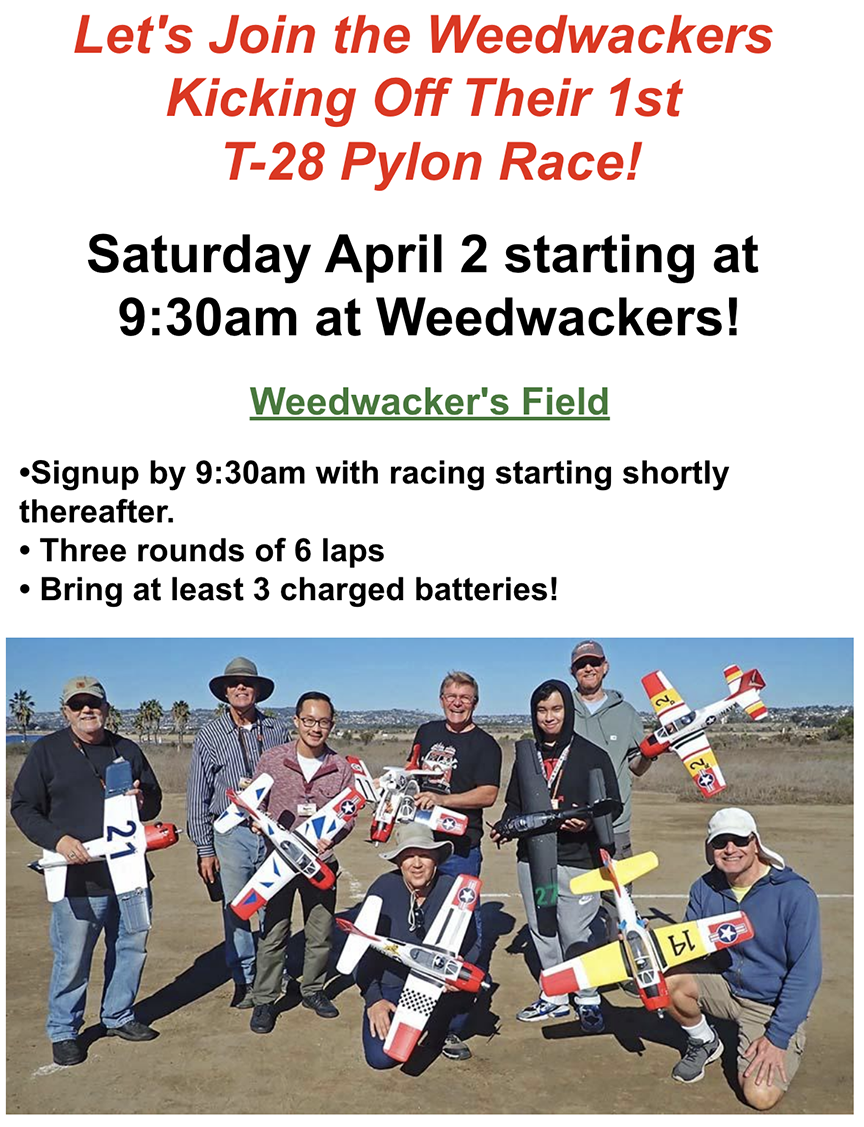